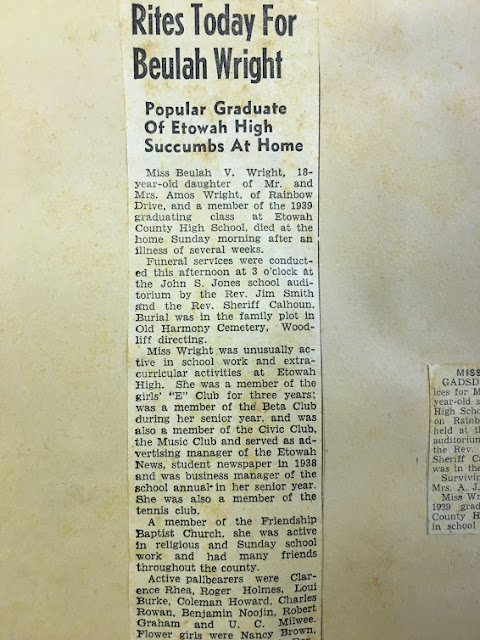 Beulah Vee's funeral service was held the day after her death at John S. Jones Elementary School. She had attended this school, as one of her certificates of attendance shown in a previous post demonstrates. However, the location may have been chosen because a crowd was expected. The school is now located in Rainbow City. 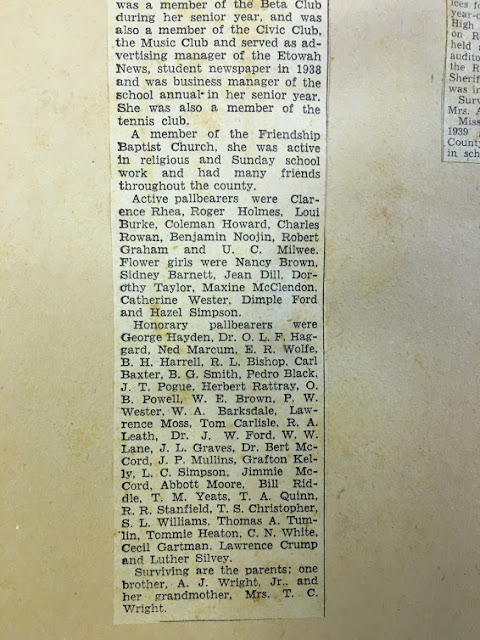 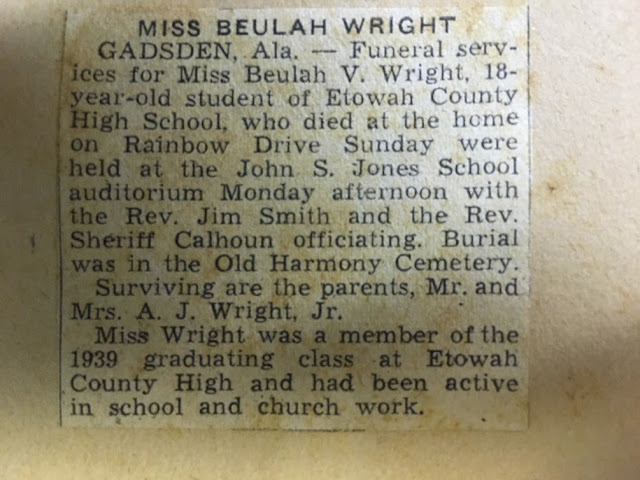 As this notice says, Beulah Vee was buried in the cemetery at Old Harmony Baptist Church on Rainbow Drive, then located outside Gadsden and in the town of Rainbow City today. She died at home; the family lived just down the road and attended this church. Many of our ancestors are buried there. However, her remains were later moved by her parents to Forrest Cemetery in Gadsden, where they are also buried. Jerry B. Jones, Jr., published Old Harmony Cemetery: A History, Rainbow City, Alabama in 2009. 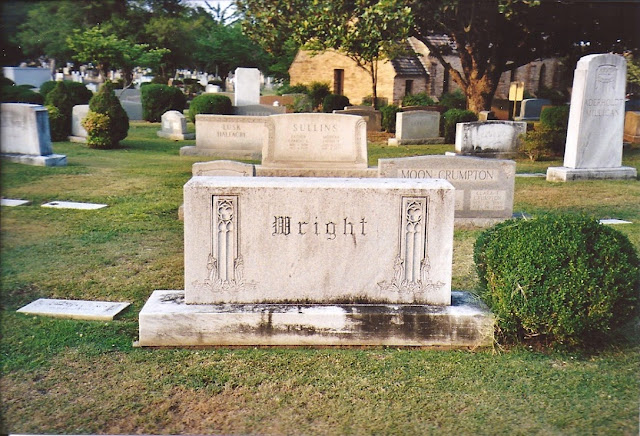 Beulah Vee and her parents Rosa Mae Wright and Amos J. Wright, Sr., are buried in Forrest Cemetery in Gadsden. In the photo above the back of the cemetery's iconic chapel can be seen. 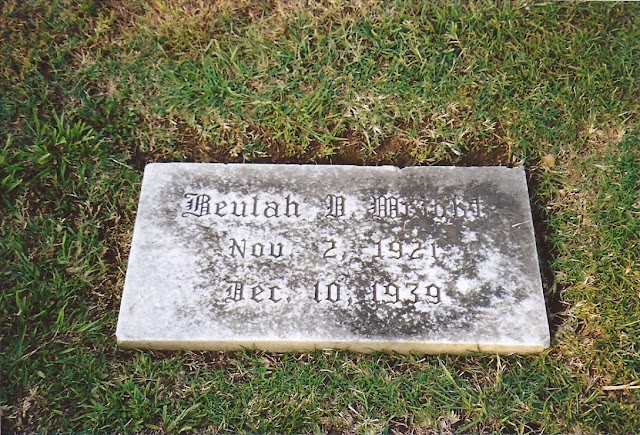 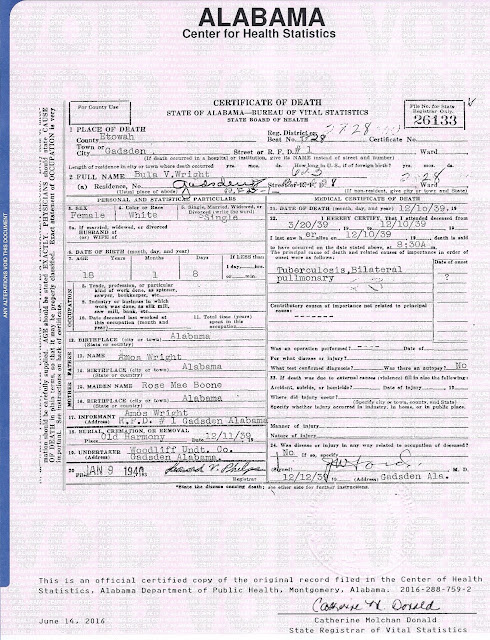 I've recently obtained a copy of Beulah Vee's death certificate. We see that she died at 9:30 a.m. on December 10, 1939. She was attended by Dr. J.W. Ford, who was the family physician. Cause of death is listed as bilateral pulmonary tuberculosis, which explains why her funeral was held the next day.

Some years later my mother's obstetrician in Gadsden, Dr. Ford's son, told her his father decided after her death that Beulah Vee may have died of leukemia. People can live for years with tuberculosis, but Beulah Vee's sickness began in March 1939 and she deteriorated rapidly until her death. 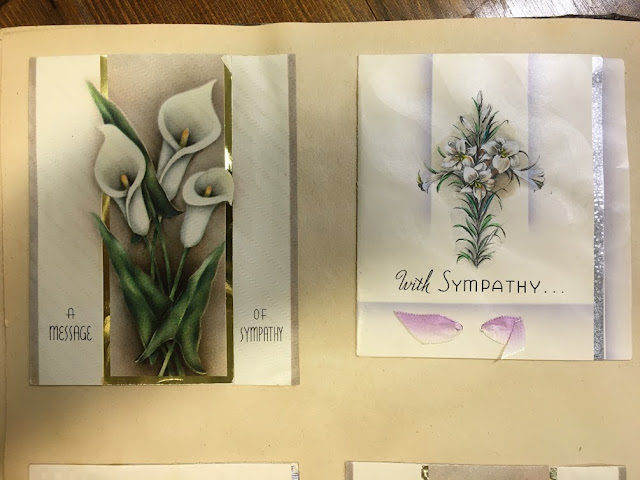 My grandmother filled a scrapbook with these sympathy cards. 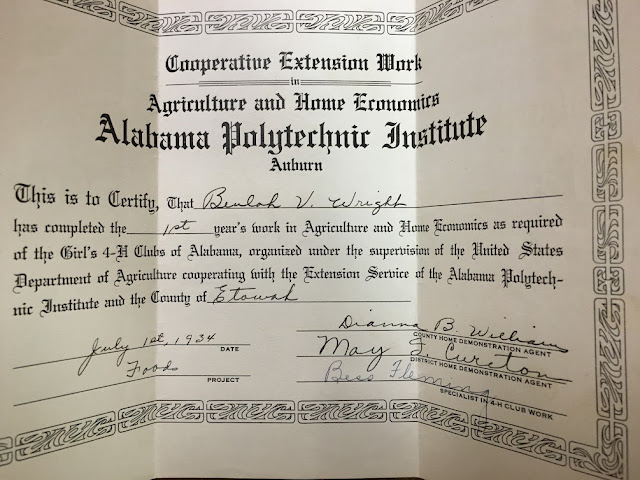 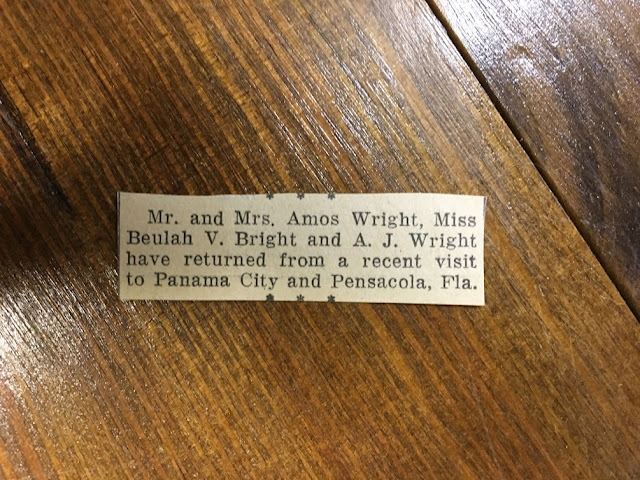 Newspapers have historically been a source of information about many people, not just the famous or infamous. I wonder if the trip mentioned above was the one where the photo of Beulah Vee and my dad in part 1 of this series was taken. I presume these notices appeared in the Gadsden Times. 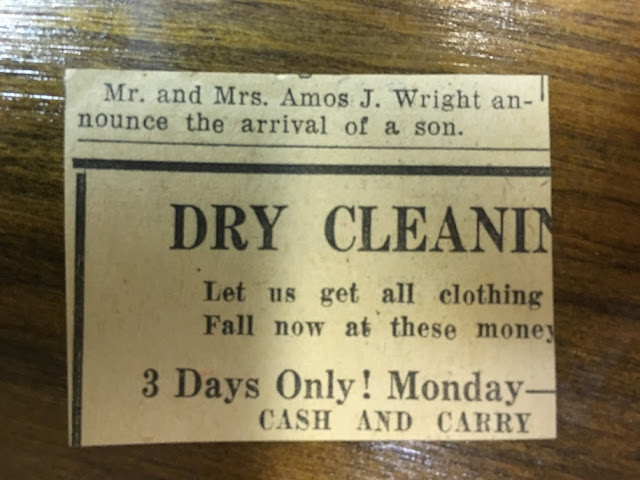 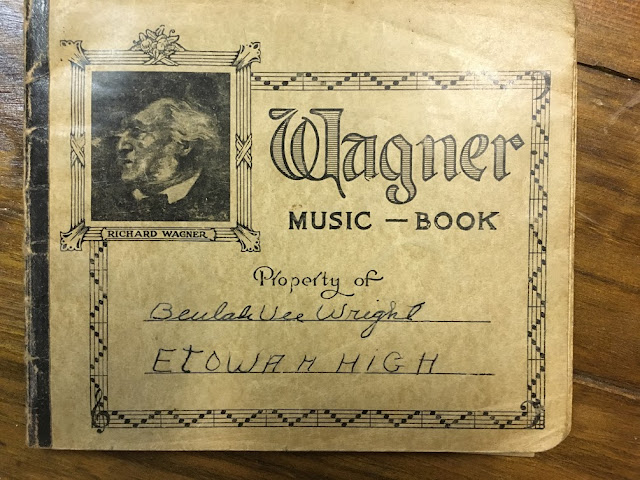 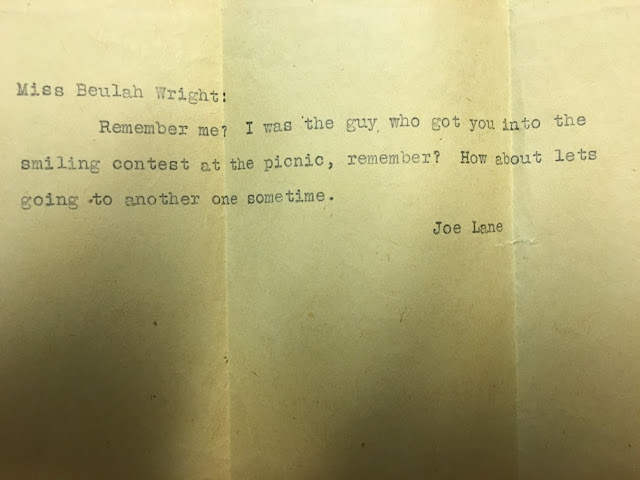 Unfortunately this charming note is undated. I wonder if they ever did go to another picnic--or smiling contest. Remember that memory book Beulah Vee received on her 17th birthday and shown in part 2? Here's that boyfriend Joe Lane again. 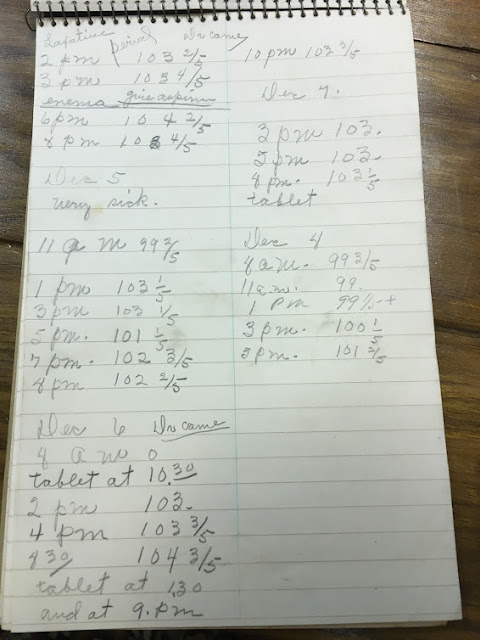 This page and the three below are from the extensive notebook my grandmother kept during Beulah Vee's illness from March until December 1939. There are daily notes for temperature and medicines taken, doctor visits, costs, etc. 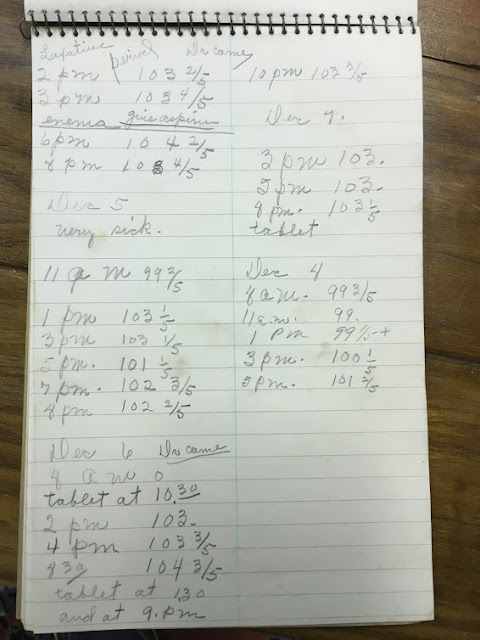 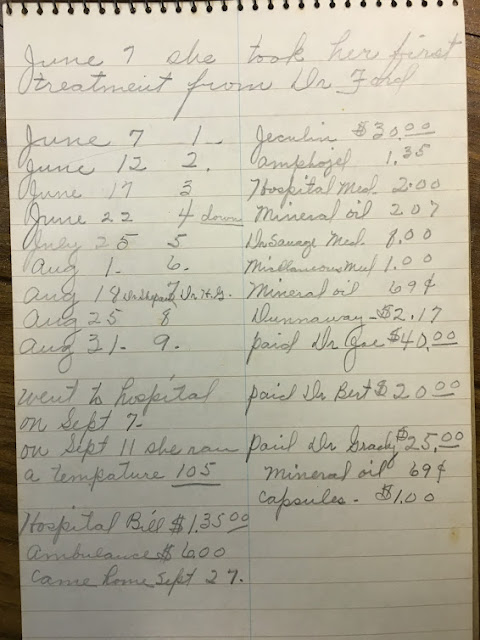 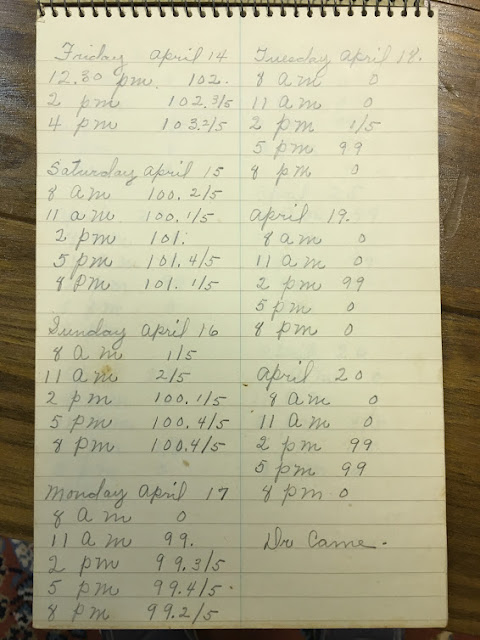 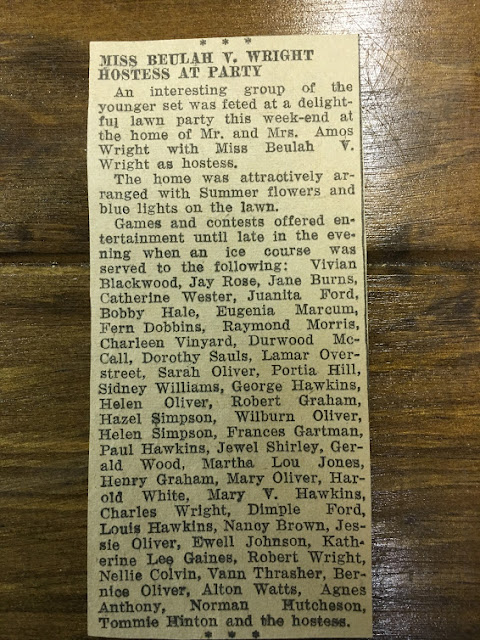 Quite a few folks turned out for this "delightful lawn party" held at the Wright home on Rainbow Drive. 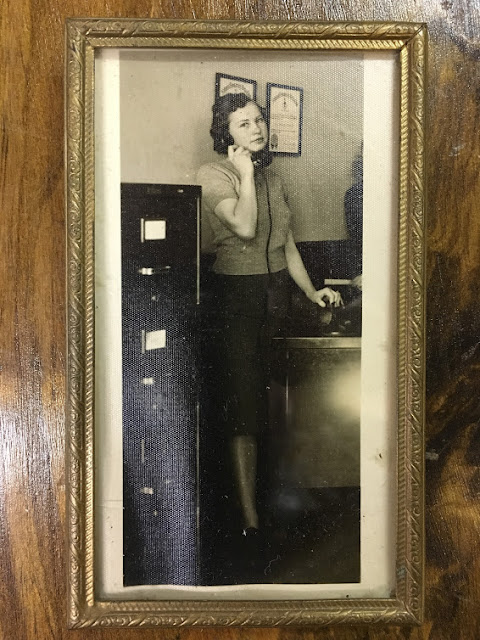 This photograph will be explained in the final post! 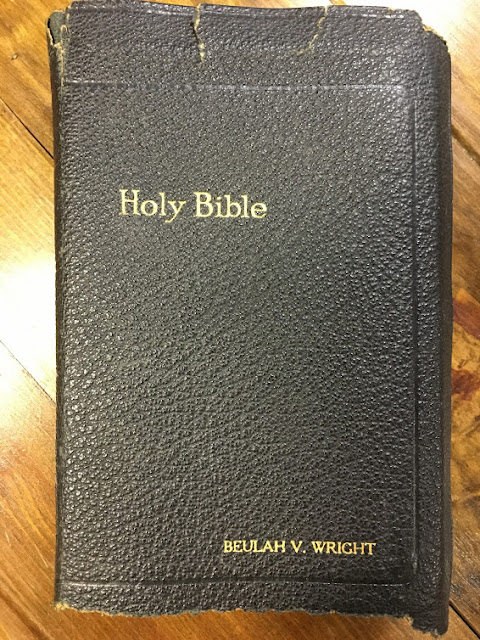 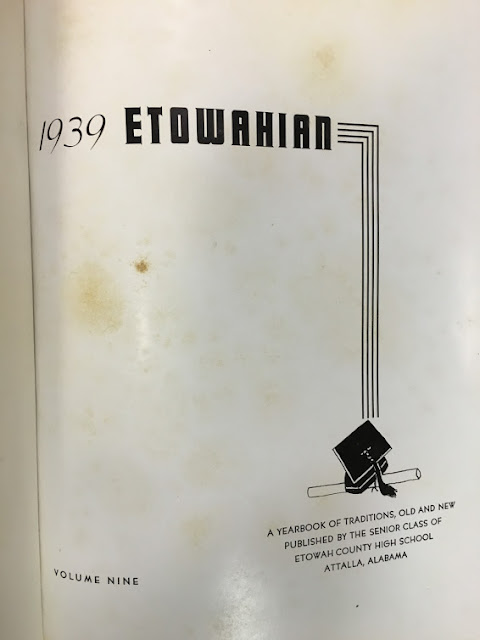 The final post will take an extensive look into Beulah Vee's presence in her last high school yearbook.

Posted by AlabamaYesterdays at 5:34 AM