Part 2 of the series can be found here, part 4 here and part 5 here. 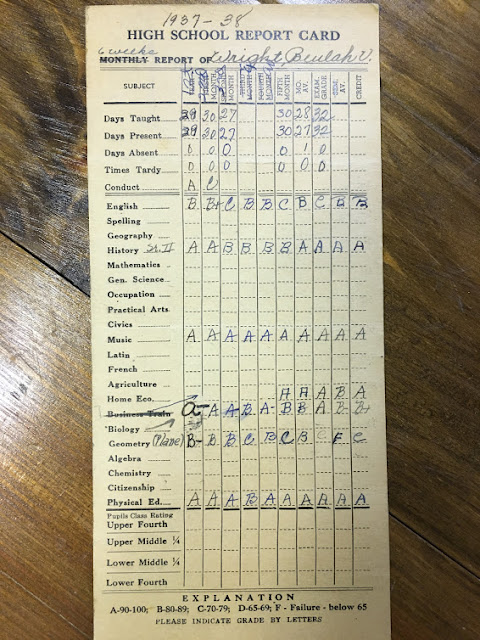 My aunt seemed to have pretty good grades in most elementary and high school subjects. Geometry and English gave her trouble as a junior in high school, but music and history must have kept her interest. That would explain the number of song and music books in the cedar chest. 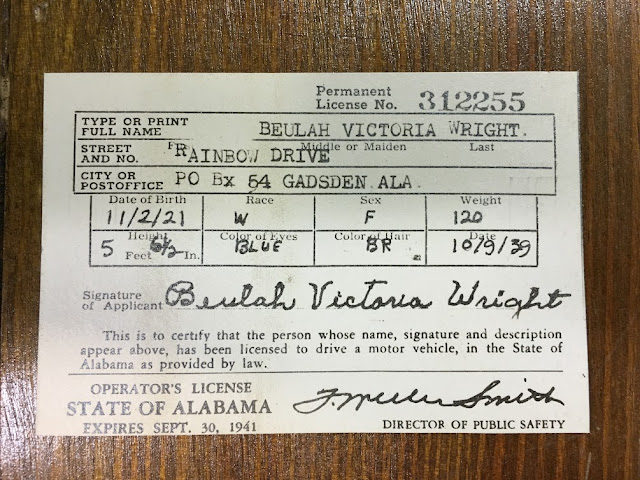 This driver's license issued just two months before she died presents a puzzle. This item is the only place any family members have seen her middle name as "Victoria". We also learn she was five feet six and a half inches tall, had brown hair and blue eyes and weighed 120 pounds.

I wonder how this renewal came about while she was in the middle of a serious illness. You'll see below in her journal "First steps in 7 weeks Oct. 27". 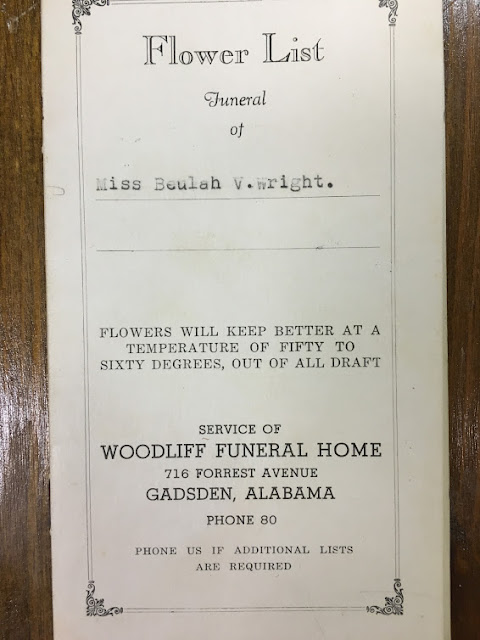 My grandmother saved lots of materials related to her daughter's funeral. 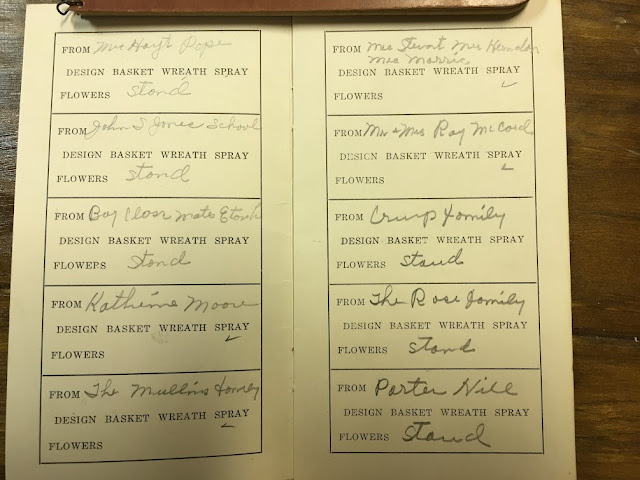 These are only some of the pages from the flower list booklet. 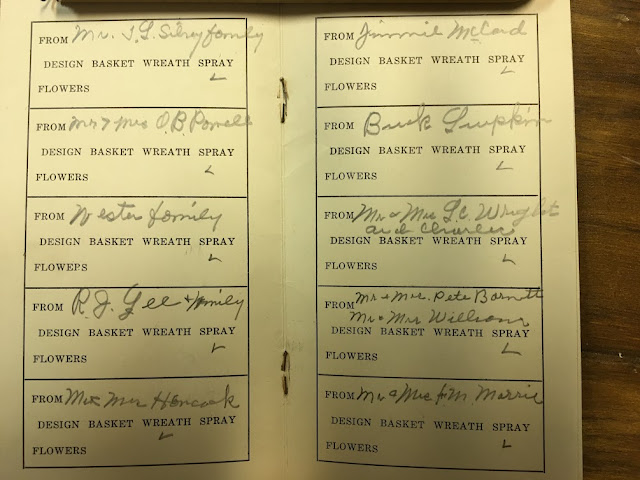 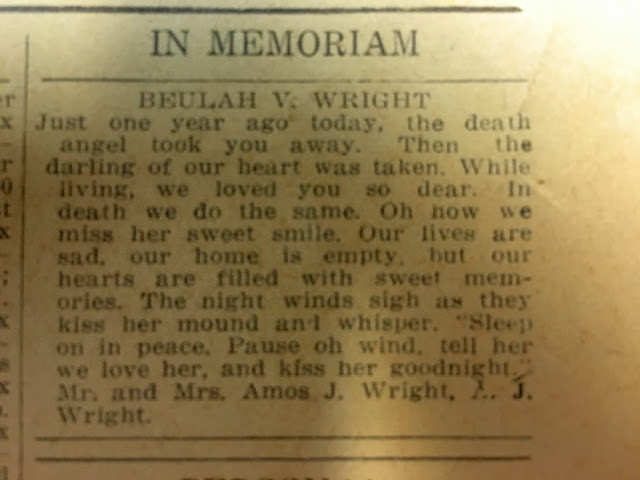 This notice probably appeared in the Gadsden Times on December 10, 1940. I've seen similar notices in newspapers in recent years, although such things have mostly migrated to Facebook and other social media today. The "A.J. Wright" is my father. 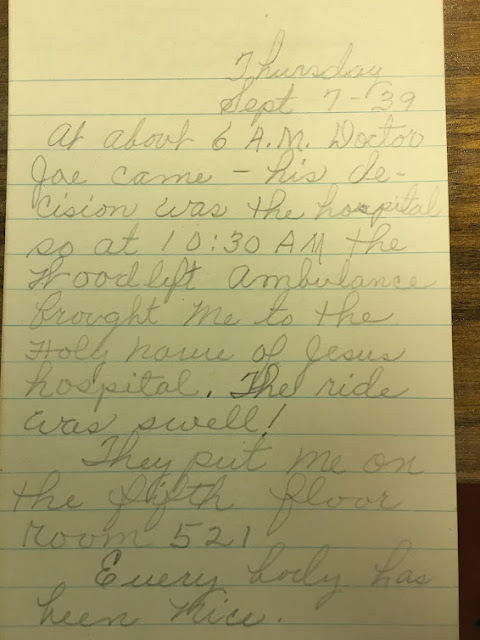 During Beulah Vee's ultimately fatal illness both she and her mother kept journals. Pages from my grandmother's notebook will appear in a subsequent post. These pages show Beulah Vee as alternating between high spirits and fatalism. In the page above she says "The ride was swell!" about her trip in an ambulance to Holy Name of Jesus Hospital in Gadsden on September 7, 1939. 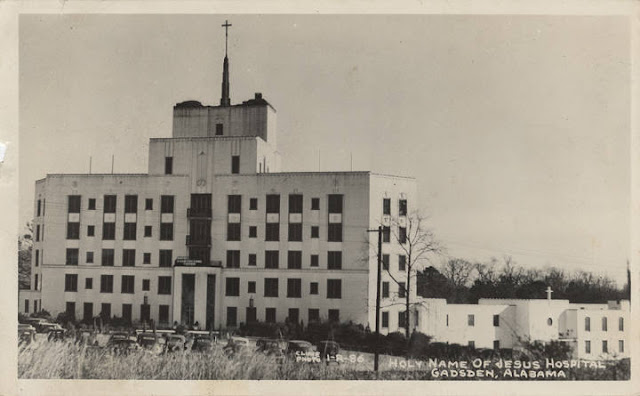 This postcard of the hospital is dated in May 1947. 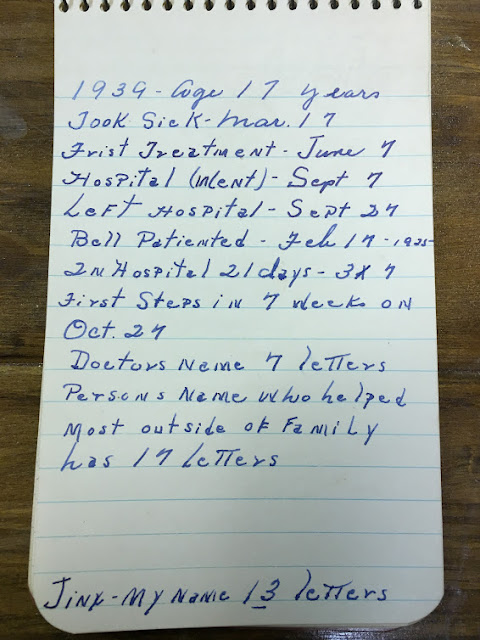 Beulah Vee seems to have had an interest in numerology. That last note is chilling. 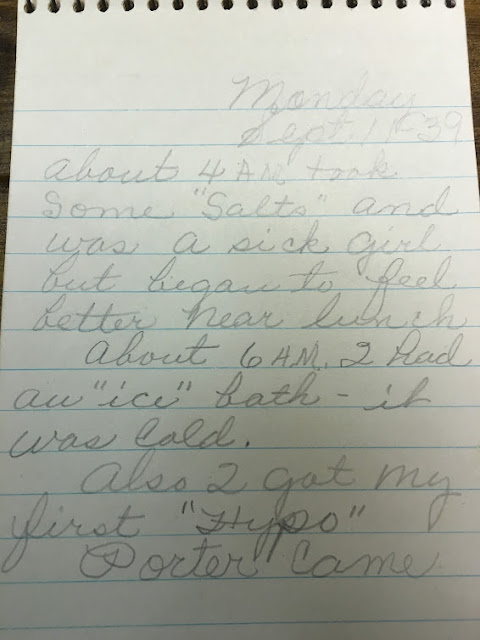 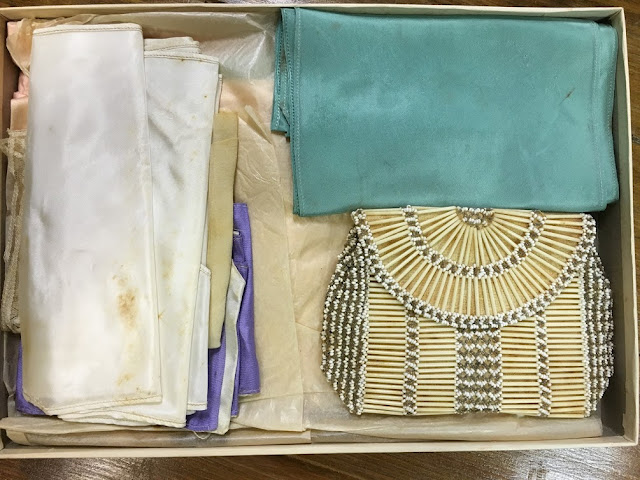 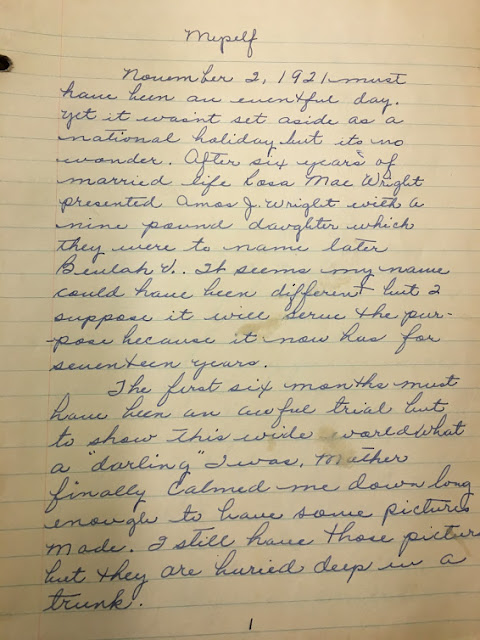 These are the first and last pages from a long senior essay written by Beulah Vee. 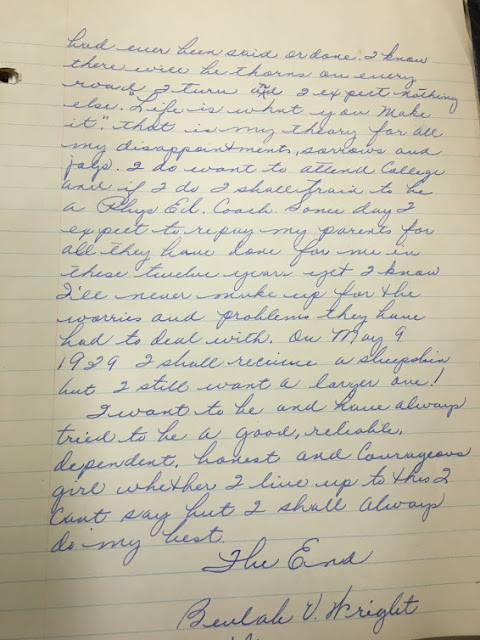 Posted by AlabamaYesterdays at 6:30 AM