A Visit to the Oak Mountain State Park Demonstration Farm

On the Friday after Christmas last year our daughter Becca, son-in-law Matt, grandson Ezra, Dianne and I loaded up and headed for the Demonstration Farm at Oak Mountain State Park. Since the park is just down the road from our house, we didn't have far to go for the fun.

Oak Mountain State Park dates from 1927, when the State Land Act established it with 940 acres between Double Oak Mountain and Little Oak Ridge in Shelby County. The Works Progress Administration and the Civilian Conservation Corps made many improvements throughout the park between 1934 and 1941; evidence of that work can still be seen. In 1943 the National Park Service donated about 8,000 acres to the park that NPS had owned since the 1930's. After 1971 further improvements included the golf course and pro shop, cottages and the demonstration farm.

On that Friday morning we had the farm almost to ourselves. An older couple appeared a little while after we did, and we were able to talk a bit with the employee on duty. Otherwise, it was just our little group and the animals! 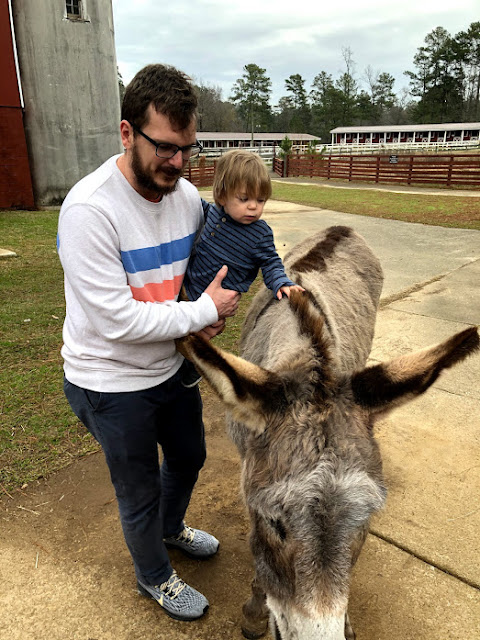 Matt holds Ezra, who is petting Taylor the donkey. Taylor was our instant friend and followed us all over the farm--even after we fed him! 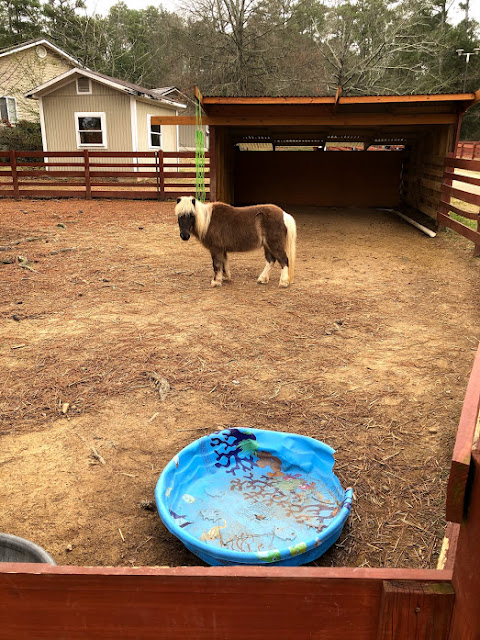 We got to admire several miniature ponies. 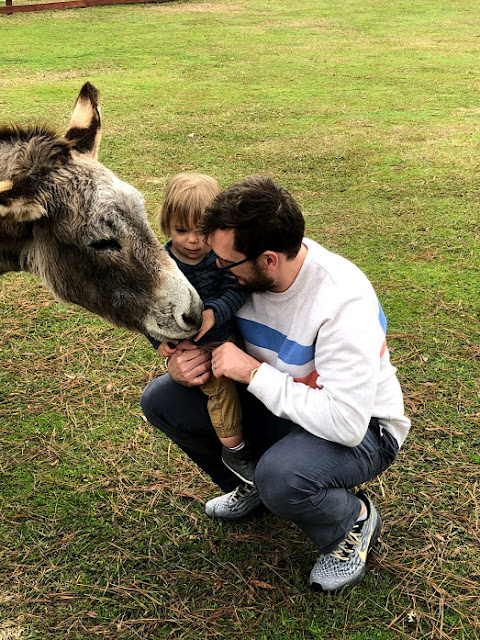 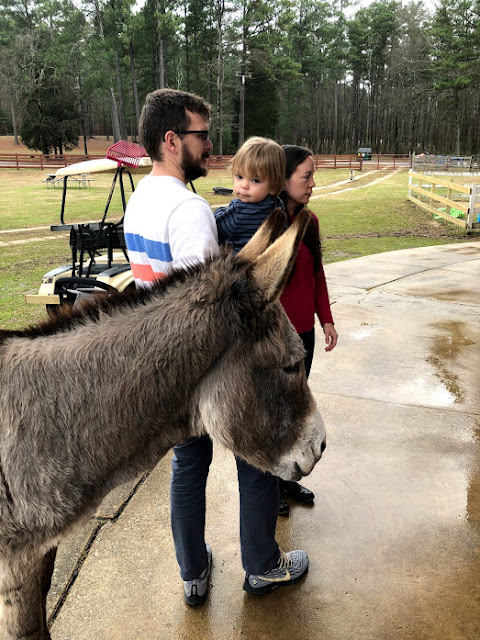 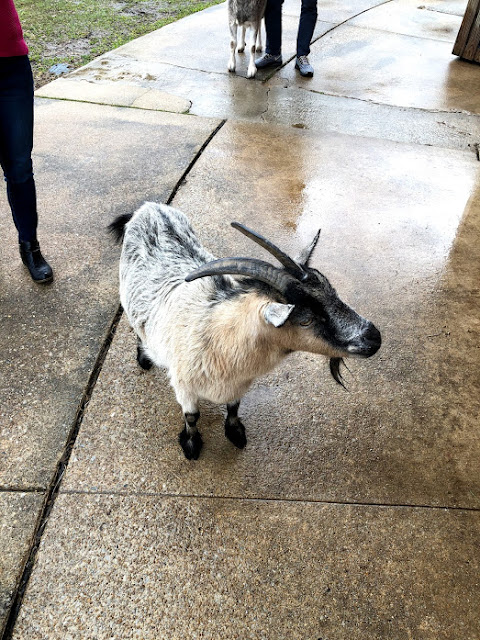 Ah, the goats! There are quite a few of them, and they get up close and personal once you reach the office where feed is for sale. 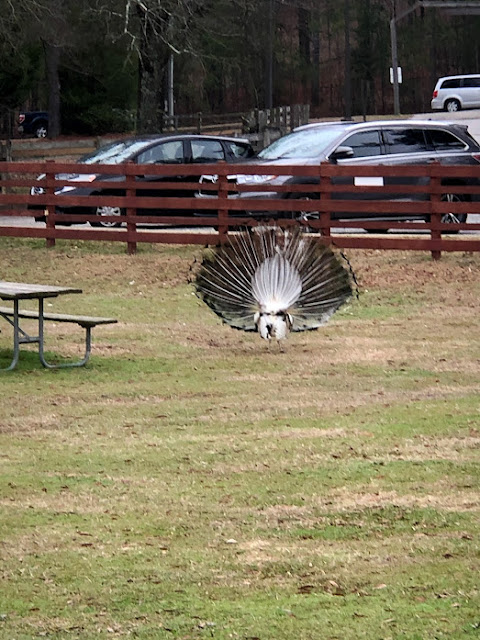 Two peacocks were available for our viewing pleasure. 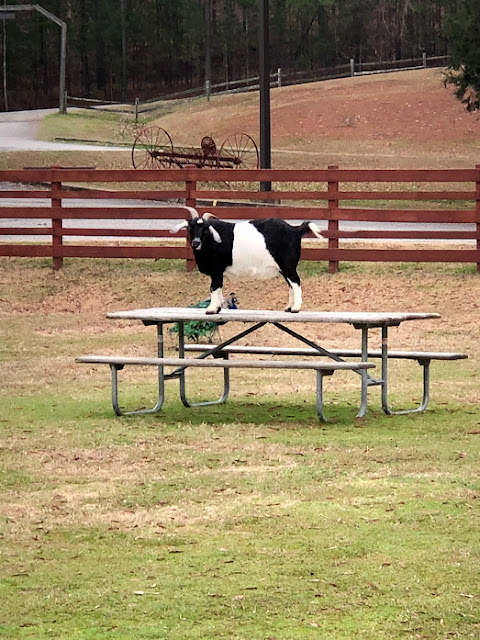 The goats climb whatever is available. 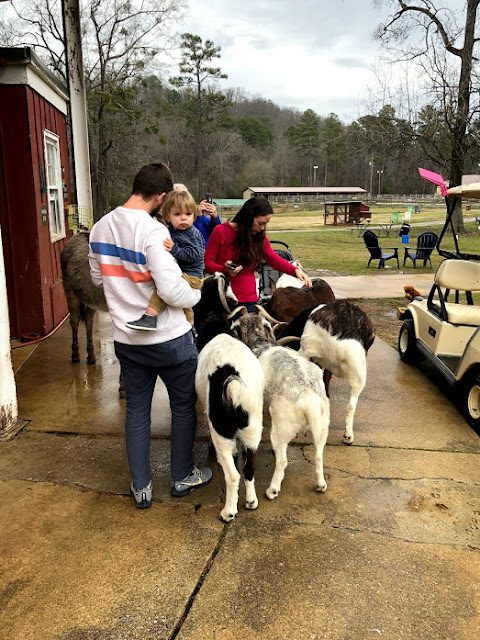 The goats are gathering....they were friendly but pushy when the feed cans appeared! 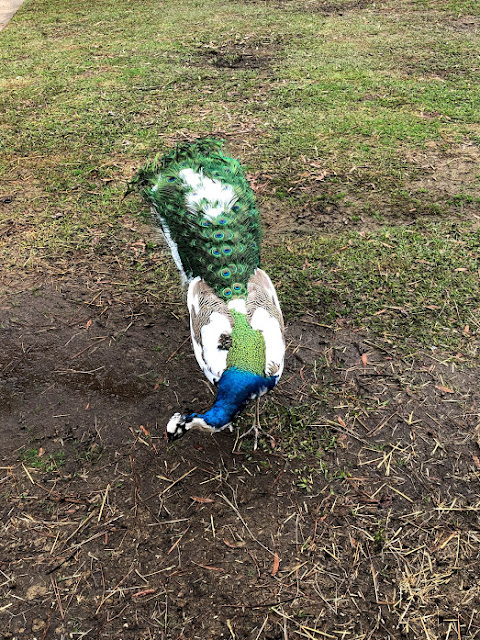 We could only admire the peacocks; unlike the other animals, they should not be petted. Becca told us the story of one of her classmates who was attacked in the face by one during an elementary school field trip to the farm. 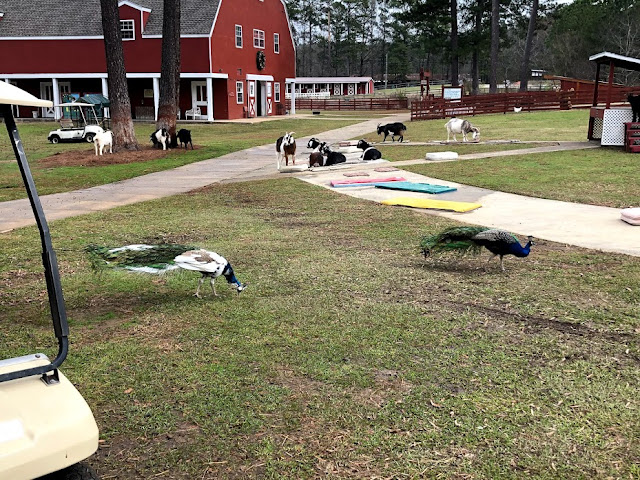 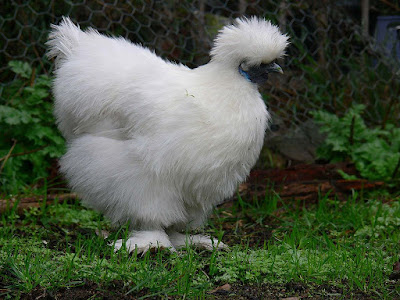 I failed to take any pictures of the many chickens at the Demonstration Farm. In addition to lots of "normal" ones they have several of these Silkie types like this bantam. We called them poodle chickens. The employee told us they are pretty dumb even for chickens and tend to just roam around in circles.

Posted by AlabamaYesterdays at 11:09 AM