Dianne and I recently made one of our trips to visit daughter Becca and her family who live just south of Jacksonville, Florida. As we also do on our trips to St. George Island near Apalachicola, we take US 231 out of Montgomery and head for Dothan. This route takes us through Troy, Brundidge and Ozark and the rural landscapes in between. I have family connections in Brundidge, and I've written here about a trip to that town. This blog post and the one that preceded it take a different approach.

Until the Interstates were built, US 231 was a major artery into Florida from points north. After all it runs from US 41 in St. John, Indiana, to US 98 in Panama City. In those rural areas between Montgomery and Dothan are frequent examples old and more recent of homes and especially businesses now empty. Of course, there are some very nice farms, cattle ranches, homes and landscapes along this stretch also.

The photos below were taken between Dothan and Montgomery from the car as we headed northbound. The first post has photos from the southbound portion of the trip.. I've put comments below some of the photos.

As Dianne and I make our various road trips hither and yon through Alabama, Mississippi, Louisiana, Florida and Georgia, one thing always stands out everywhere. Whether in cities or rural areas, all sorts of empty ruins beckon from the past as they slowly crumble or disappear into the vegetation. A drive up and down U.S. 231 between Montgomery and Dothan has many examples.

Of course, these scenes can be found all across America, as my son Amos and I saw a few years ago as we traveled by U-Haul through eastern Colorado, Kansas and Oklahoma then south to Birmingham. 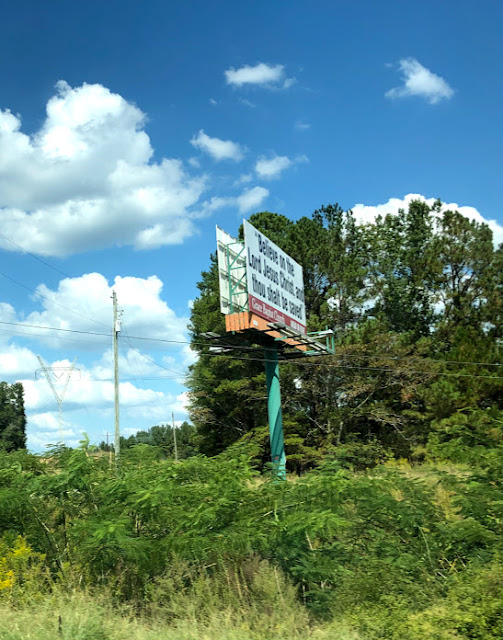 "Believe in the Lord Jesus Christ and thou shalt be saved." Just don't meet your maker prematurely trying to read this billboard as you speed down the road. 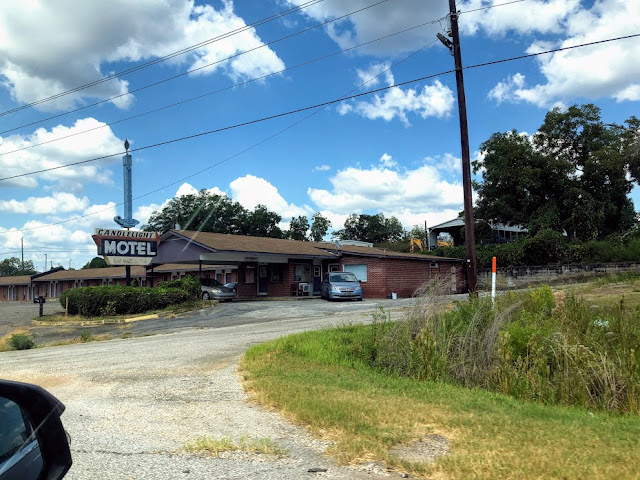 The Candlelight Motel in Ozark is a classic of the motor lodges from days of yore. There are several still operating along this stretch of U.S. 231. Another one can be seen further below. 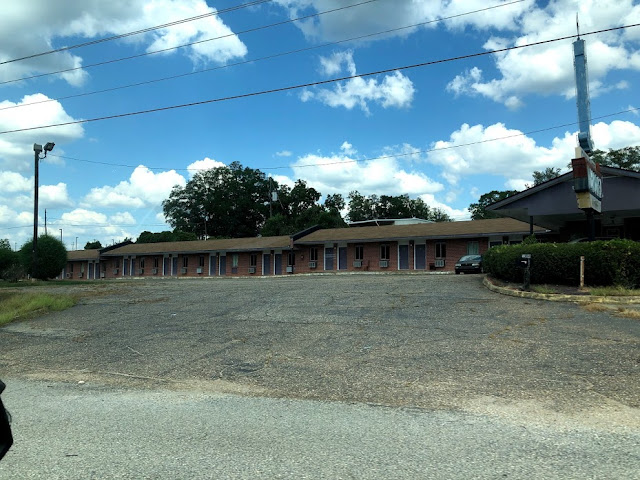 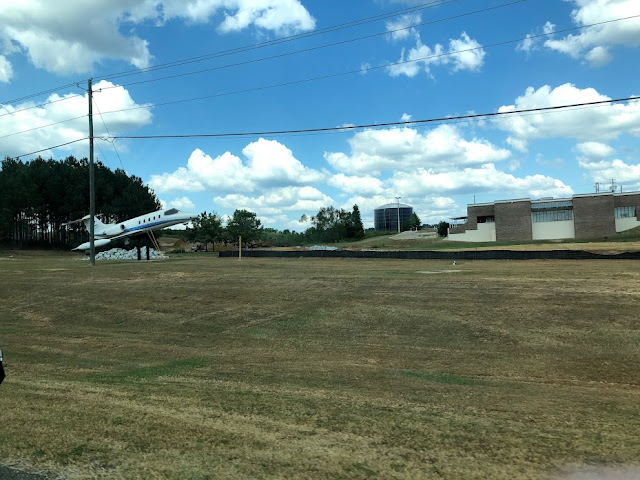 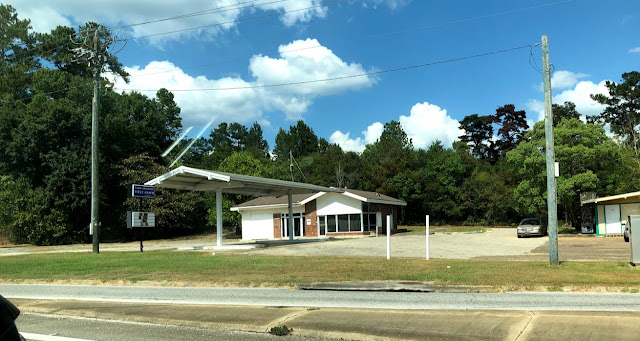 That top sign to the left says "Cash Advance/Title Pawn", which may no longer be applicable.

The sign behind the buses says "Ozark City Schools/Educational Support Center", home of the yellow buses. 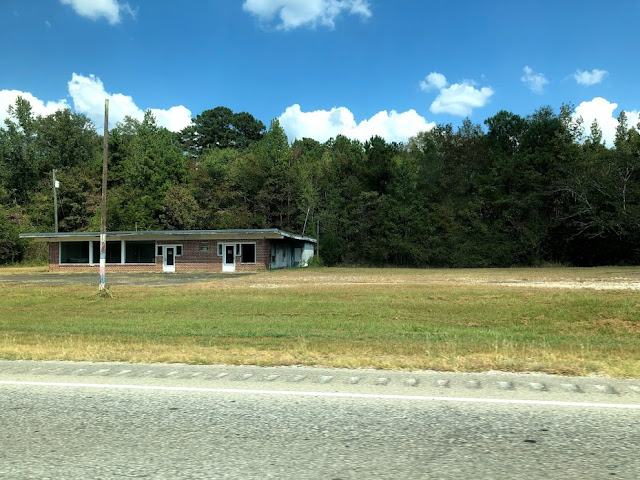 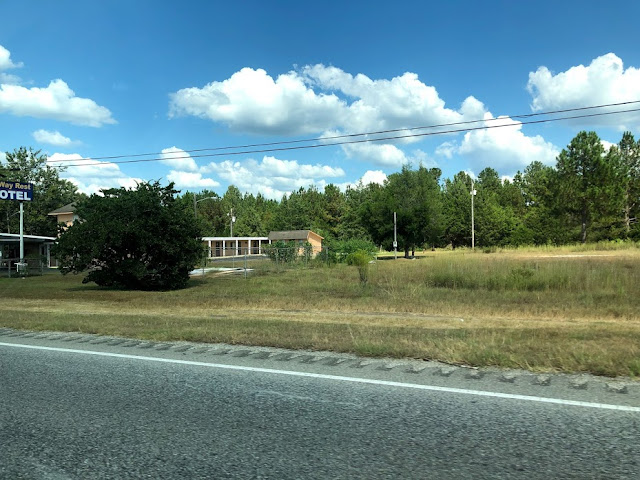 The Hi-Way Rest Motel in Ozark 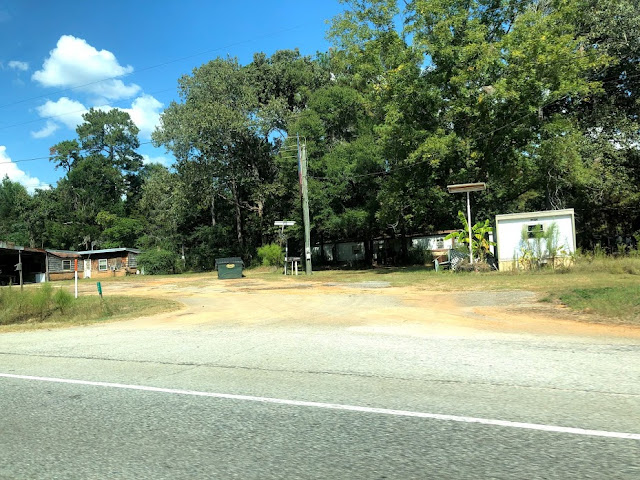 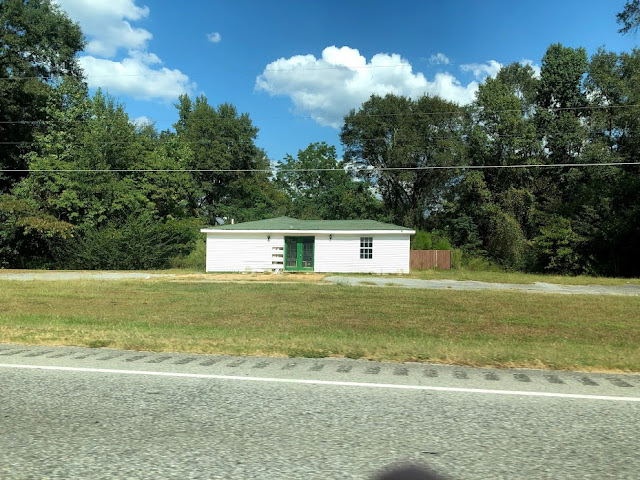 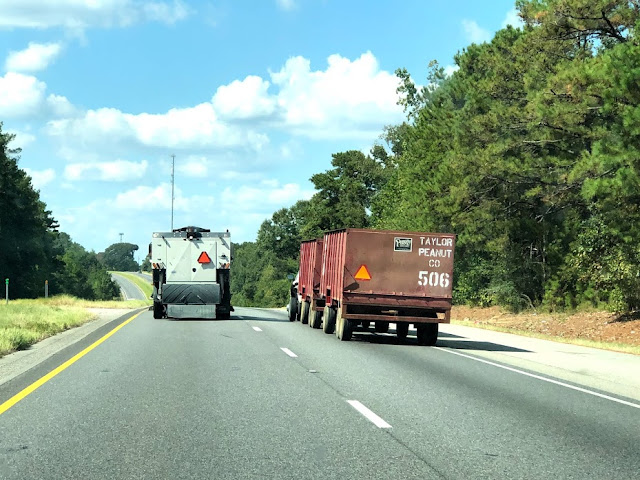 Unfortunately, these peanut trailers were empty! 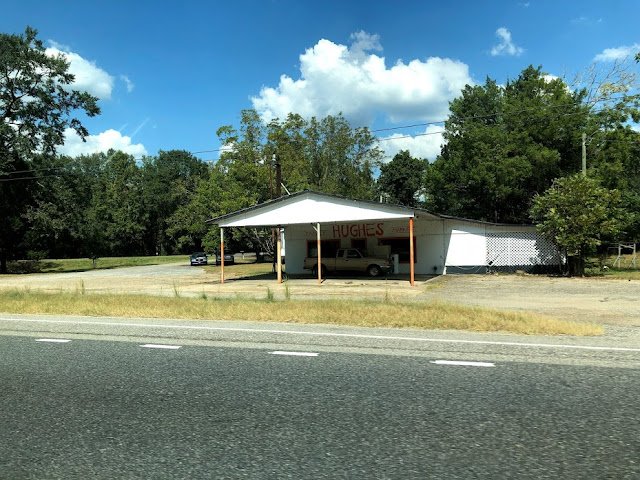 Above the door on this building is "Hughes Family Market"; I assume it's the same business in Ariton on the Facebook page here. 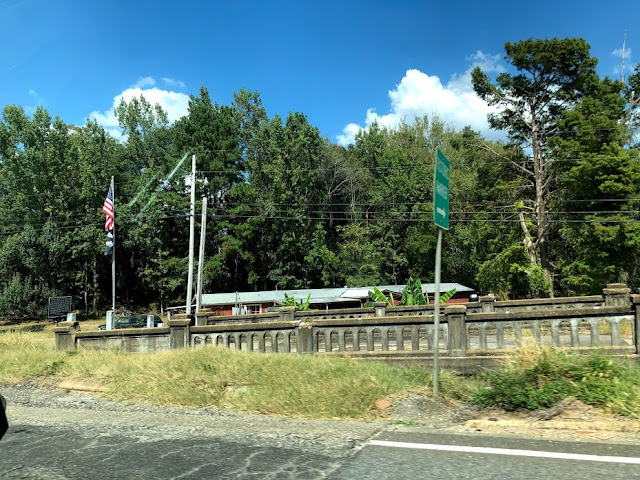 This concrete bridge was constructed in 1921 as a memorial to men from Dale County who died in World War I. Barely visible on the left is an historical marker; you can read the text here. 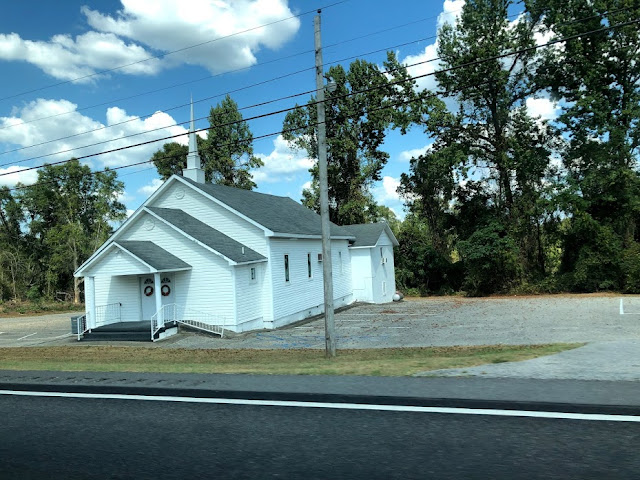 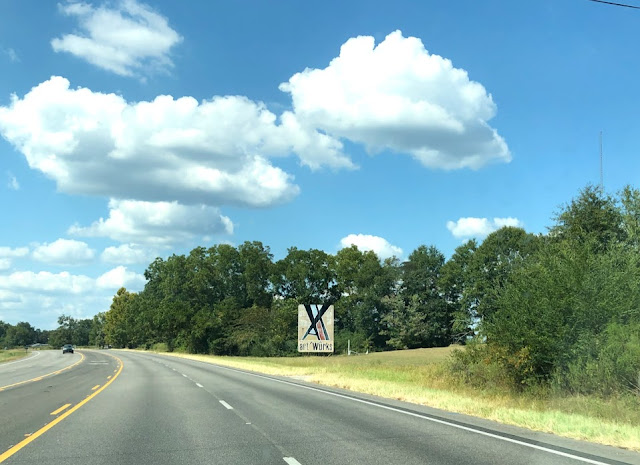 For many years a fifteen-foot tall rooster made of chrome automobile bumpers--mostly from VWs according to one source--stood on the lawn in front of this Art Wurks studio in Brundidge. I remember passing it numerous times. The studio and home next to it were occupied by artist Larry Goodwin. He opened Art Wurks in 1960 and built the rooster in 1962. In 2016 he had to move to a nursing home and close his studio. His brother and fellow artist Ronald moved the rooster to his own studio on Main Street in Brundidge where it can still be seen. Kelly Kazek has written articles about the brothers available here and here. 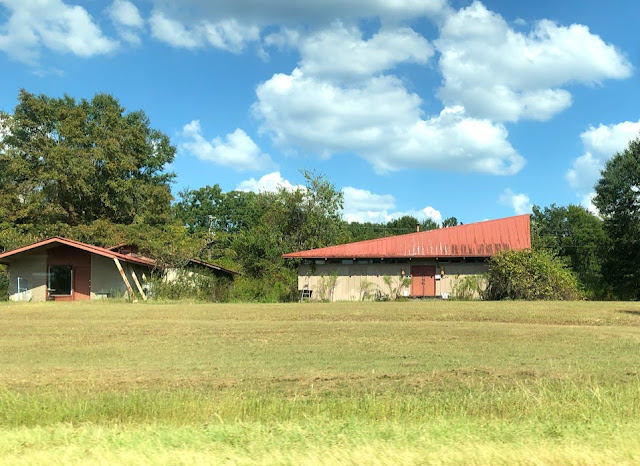 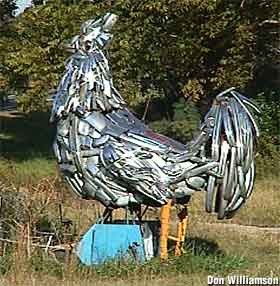 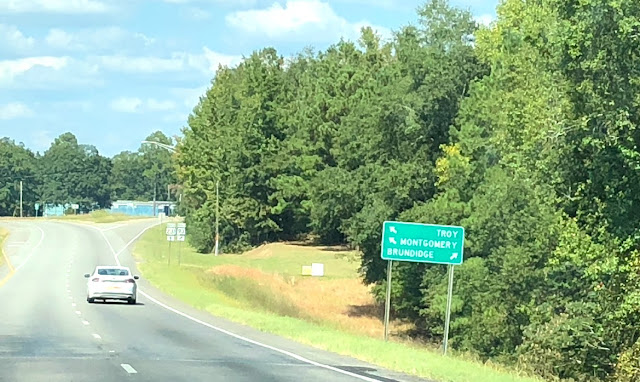 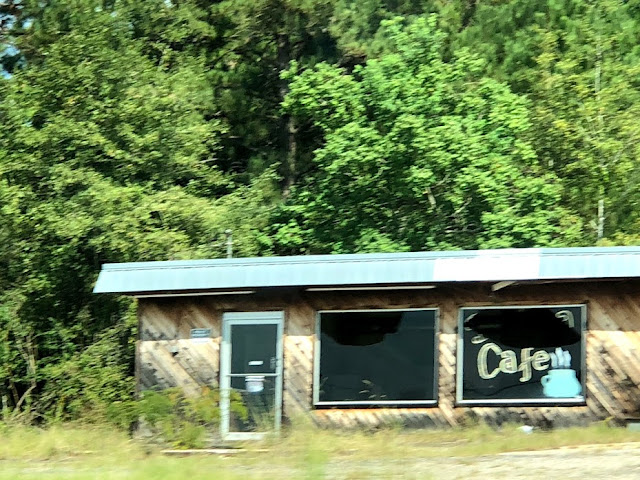