The Alabama Apartments in NYC in 1909

Here's another one of those "I was looking for something else and found this" posts.


In 1908 the G.C. Hesselgren Publishing Company of New York published Apartment Houses of the Metropolis; the following year it issued a Supplement. In that supplement is a photo of "The Alabama", an apartment building at the northeast corner of Riverside Drive and 127th Street. That location is in Harlem, a large neighborhood in northern Manhattan. The area's history dates back to the Dutch in the 17th century.

Also below are a photograph of the complex from 1910 and a contemporary view. I have no idea why the building was called "The Alabama".

Under the supplement photograph we read:

"Apartments in suites of 3, 4, 5, 6 and 7 rooms and servants' toilets and baths for six and seven room suites."

I have been unable so far to find anything about the realty company other than a few newspaper mentions related to other buildings. Pelham was a prominent New York architect who designed many city buildings in his long career. He apparently has no state connection, since he was born in Canada.

The complex seems to have been pretty upscale! 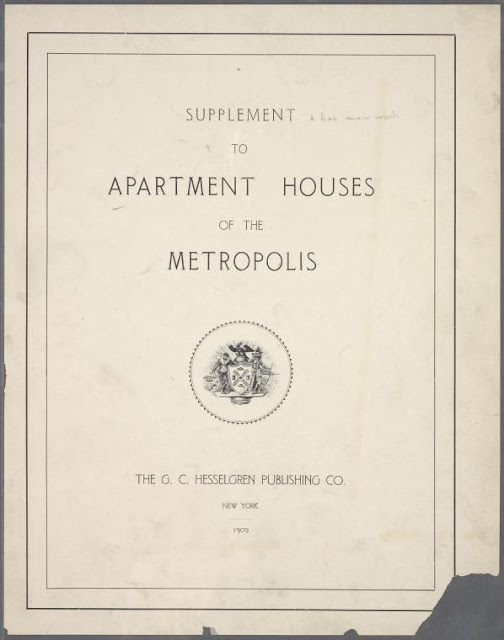 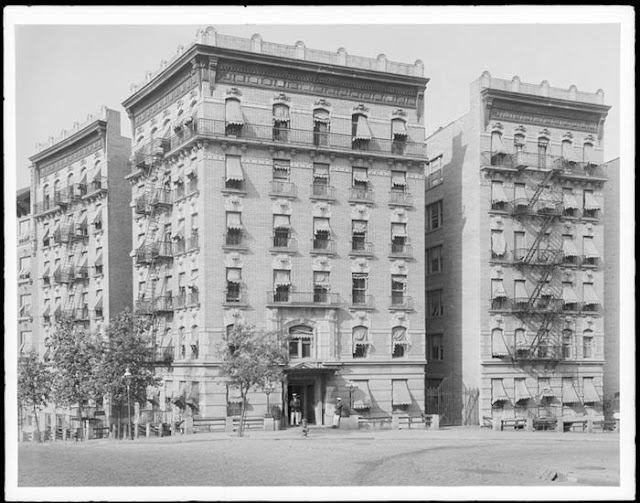 550 Riverside Drive at the corner of 127th Street. The Alabama Apartment House.

Source: Museum of the City of New York


Here's the Google Street View of the building today.
Posted by AlabamaYesterdays at 10:08 AM