This post is the second one in which I examine Tallulah Bankhead's appearances in two episodes of the 1960's television show Batman. You can read my opening commentary and the details of the first episode here. 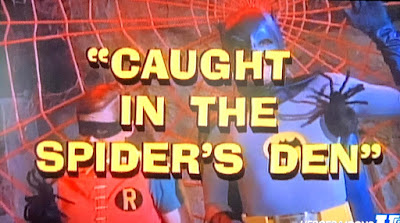 Batman and Robin manage to escape the giant spiders, but they still must face the Black Widow and her merry men. 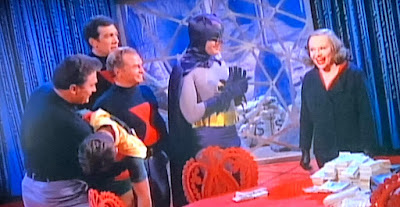 Ever the polite hostess, BW offers Batman some champagne. 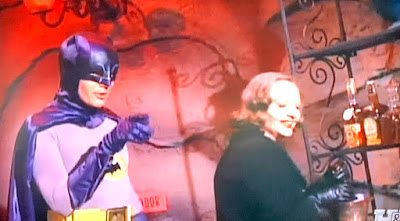 Batman quickly informs her he only drinks milk, and she replies that there may be some around somewhere. 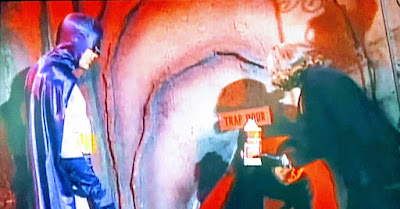 One of her men, Trap Door, produces a half gallon carton. 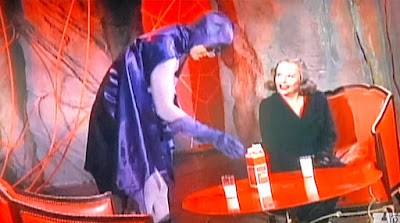 Black Widow manages to drink some milk, but she's not happy about it 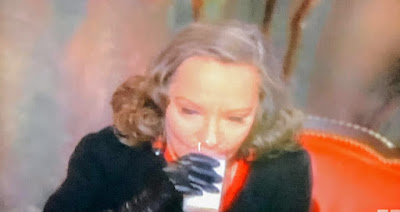 During their little tete-a-tete over milk, Bankhead gets to unleash her raucous laughter. 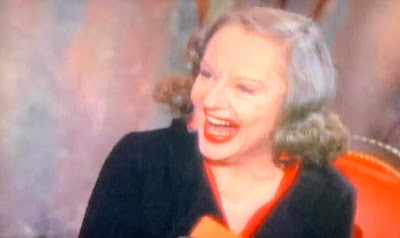 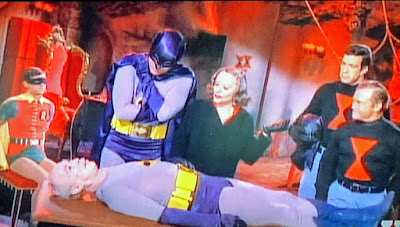 Black Widow's next nefarious plot is to send a Batman robot and the real Robin to fetch some money from another bank. 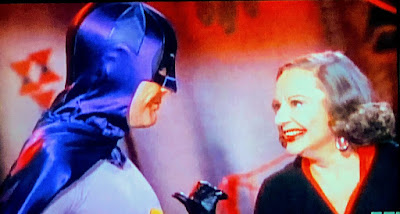 BW and her men are very happy with the idea, but the joy doesn't last long. 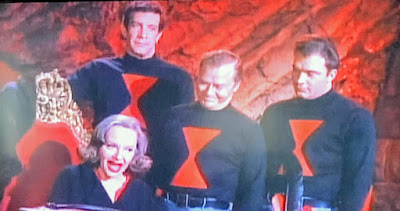 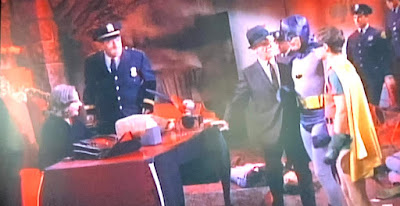 The Chief of Police Miles O'Hara and some of his men show up to capture the gang. 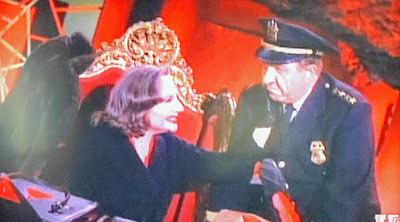 When next we see BW and her men, they are undergoing some brain therapy in jail. 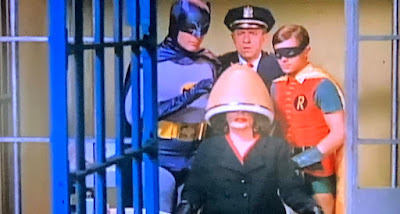 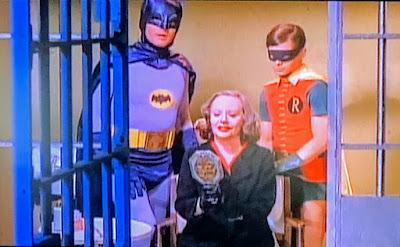 Black Widow emerges very happy with the results, and all is well in Gotham City until next week's villain shows up! 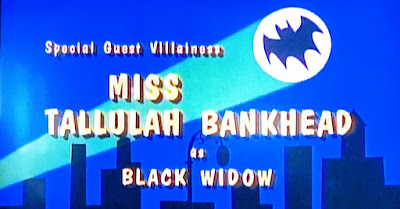 Posted by AlabamaYesterdays at 8:18 AM