When the Circus Came to Town

In an October 2018 issue of our local Pelham Reporter newspaper I found an ad for a one-day appearance November 3 in Columbiana by the Loomis Brothers Circus. You can see it near the end of this post. As fate would have it, I had watched a two-part "American Experience" documentary about the circus in the U.S. on Alabama Public Television not long before that. Somebody was trying to tell me something, so here we are.

In January 2017 the Ringling Brothers & Barnum & Bailey Circus made its final appearance in Birmingham. That circus had come through the city for many years; we took our young children to see it at the BJCC in 1988 and 1991. Sample tickets are below. On May 21, 2017, the circus ceased operations after some 146 years of touring under various names and owners. Declining attendance and high operating costs brought an end to one of America's--and the world's--classic entertainments. Much smaller circuses continue to tour the U.S., but an era seems to be winding down. I remember taking our kids once or twice to see one of those smaller outfits at the Riverchase Galleria back in the day.

The modern circus dates from 1768 when Philip Astley began trick horse shows near London. Two years later he hired acrobats, jugglers, a clown and tightrope walkers to fill the time between the shows. On April 3, 1793, a Scotsman named John Bill Ricketts opened the first circus performance in the U.S. in Philadelphia. George Washington attended a performance.
The glory years of the circus in the U.S. were roughly the 1830's until well into the 1950's. In the 1830's the first American to operate a major circus was Victor Pepin. In 1825 Joshuah Purdy Brown began the use of a large canvas tent for a circus. P.T. Barnum began touring a freak show with William Cameron Coup, who developed the multiple ring circus and circus travel by train.. Dan Rice became the most famous circus clown during this period.
Thus by the Civil War most elements of the traditional circus were in place. After the war numerous circus organizations large and small toured America and much of the world for decades with their combinations of human and animal entertainment. Since the 1970's many groups with a different circus aesthetic, such as Cirque du Soleil, have developed. China, Russia and other nations have contributed to circus development and variation as well. Human desire for spectacular entertainment being what it is, the circus will no doubt survive in some form.
Written and other resources on circus history are vast. The American Folklife Center at the Library of Congress has put online oral histories from circus workers both inside and outside of the big top; you can find more information here and here. Steph Post's essay on great sideshow cons is here. A web site devoted to circus history is here. Susan Salaz has written about Peru, Indiana, the "Circus Capital of the World."

This blog post is by no means a history of the circus in Alabama; that remains to be researched and written. However, I do want to cover a few random things I've come across recently on that topic. Perhaps I'll return to it in the future.

You can find other photographs related to circuses in Alabama here. George Singleton's 1972 essay about a circus crossing the Alabama River at Claiborne in 1908 is here.

The BhamWiki.com site has an entry on this circus/sale, but the story is different. According to that version, the circus ended its run in Sylacauga and wintered in Birmingham. Show receipts were stolen, and the management was forced to schedule an auction. James Bailey of Barnum & Bailey offered $150,000 for everything, and the auction was cancelled. 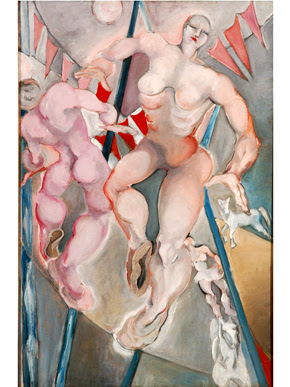 This oil on canvas painting, completed in 1938, is in the collections of the Montgomery Museum of Fine Arts. By this time Zelda was deep in the depths of her clinical depression and round-robin stays in various sanitariums. Perhaps the image is based on a memory of Zelda's about seeing the circus as a child in Alabama. 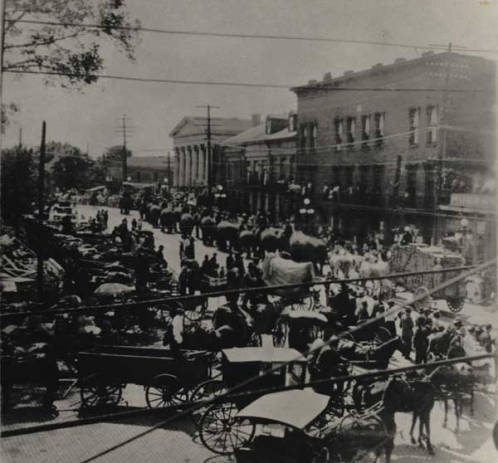 A circus parade on the square in Huntsville in 1913. In the left background is the First National Bank building supposedly robbed by Frank and Jesse James in 1876.
Source: Huntsville-Madison County Public Library 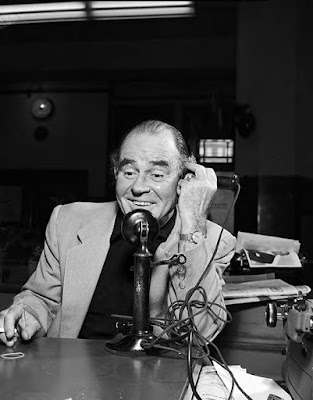 Legendary circus clown Emmett Kelly during a visit to Birmingham in 1955
Source: Alabama Dept. of Archives and History 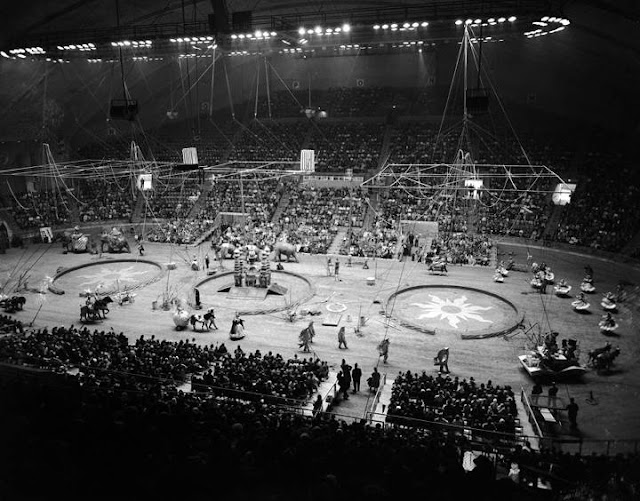 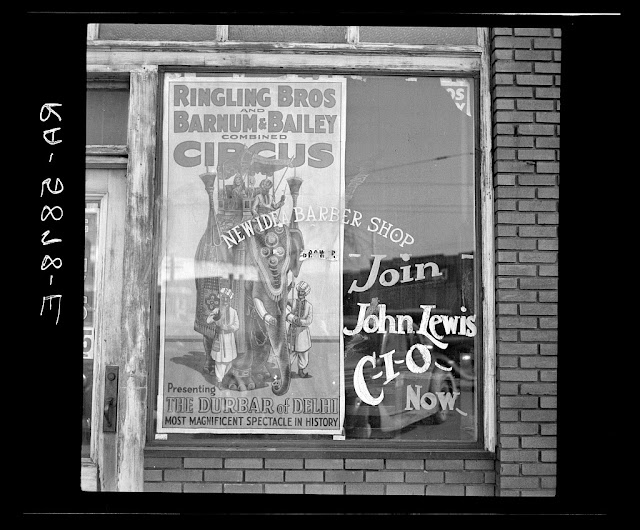 Window of the New Idea Barbershop in Birmingham in 1937 as photographed by Arthur Rothstein. I've written a blog post about this photo here. 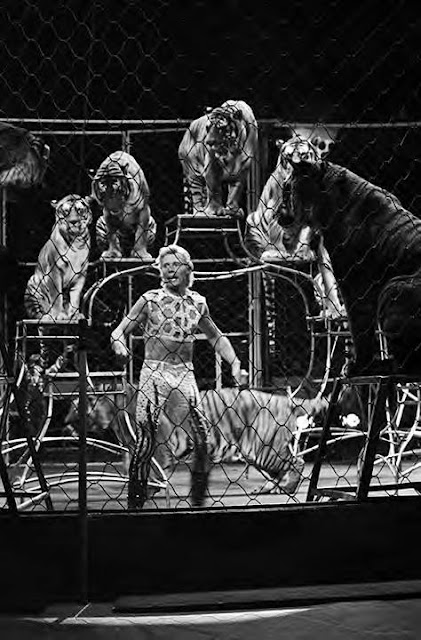 Gunther Gebel-Williams and his tigers with the Ringling Brothers Circus in Birmingham on February 10, 1979. He worked with the circus as an animal trainer from 1968 until 1990.
Source: Alabama Dept. of Archives and History 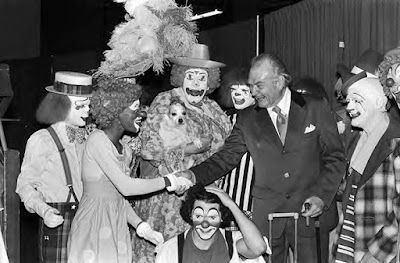 Red Skelton in Birmingham at the Barnum Circus 10 February 1979
Source: Alabama Dept. of Archives and History 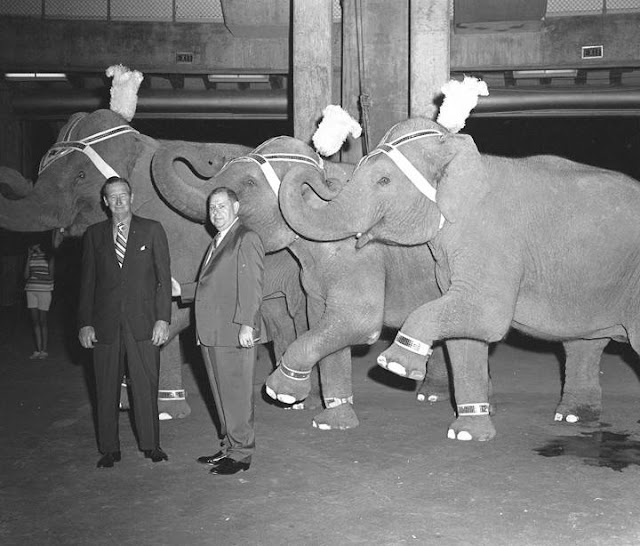 Elephants in the Dixie Circus performing at Garrett Coliseum in Montgomery 29 May 1970
Source: Alabama Dept. of Archives and History 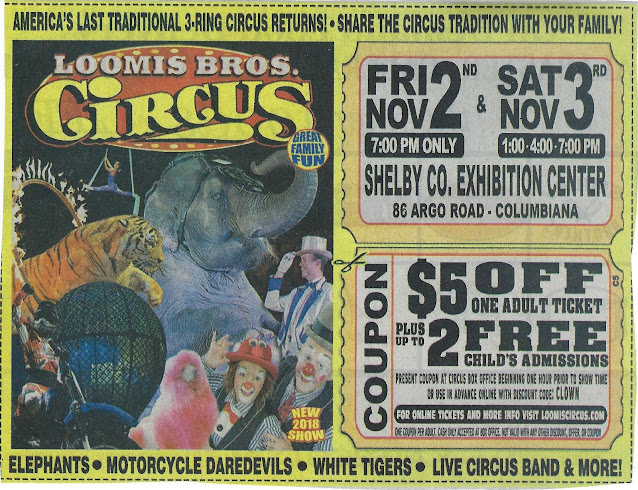 Here's that ad I mentioned above for the Loomis Brothers circus. According to their web site, the circus has been touring for more than 20 years.
Source: Pelham Reporter 31 October 2018, p. 1B

Remember those visits with the kids to the Ringling Brothers circus at the BJCC I mentioned?  I've got the ticket stubs. Dianne was pregnant with Becca during that first one in 1988. 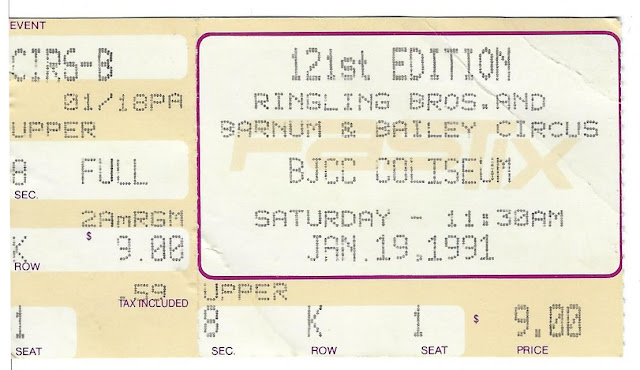 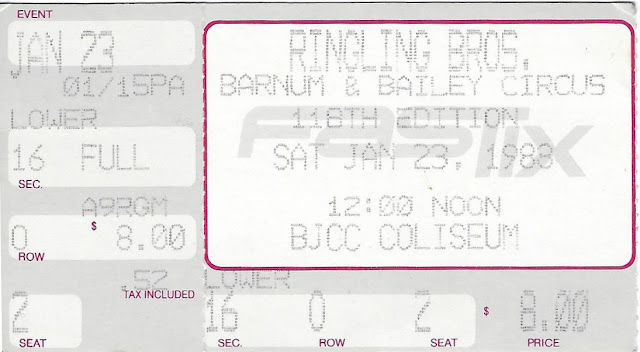 Posted by AlabamaYesterdays at 11:17 AM