Pelham Railroad Depot Then and Now 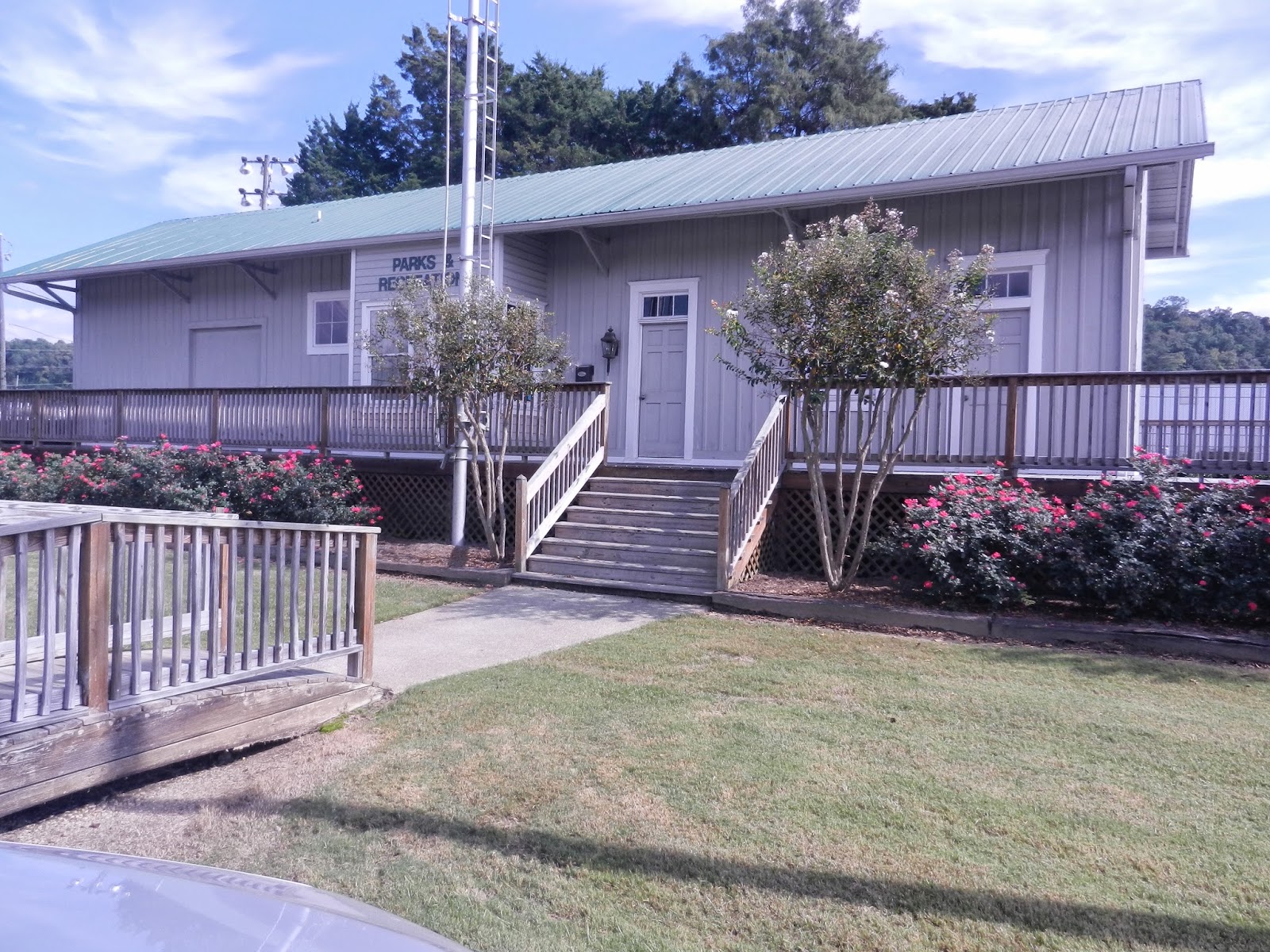 Perhaps the oldest structure in Pelham is the former train depot now located in Pelham City Park along with the baseball and softball diamonds, football field, tennis courts, picnic areas and walking trail. The depot stood by the tracks behind Pelham City Hall from the early 1900s until it was moved to the park in 1988 and restored. Owner CSX Transportation donated the building to the city. An open house for the refurbished structure was held on May 7, 1989. The project was part of the statewide Alabama Reunion effort to promote heritage and economic development.
For many years the building housed the area chamber of commerce office. In 2005 the Greater Shelby Chamber moved its office to the Shelby County Services Building. After another renovation, the city’s Park and Recreation Department moved into the former depot. The structure was repainted olive and khaki which were believed to be its original colors.
The depot is included on the “Surviving Depots in Alabama” web page, which is part of the AlabamaRailPics.com site. There the building is identified as a “former ACL Depot.” By 1986 the Atlantic Coast Line railroad and its successor were owned by CSX.
Pelham’s railroad service predates the depot. An 1887 “Railroad and County Map of Alabama” engraved for Grant’s Business Atlas shows the town on a railroad line from Birmingham to Montgomery. At that time the route belonged to the Louisville & Nashville Railroad, which later became part of the ACL system. A good history is Wayne Cline’s Alabama Railroads published in 1997. 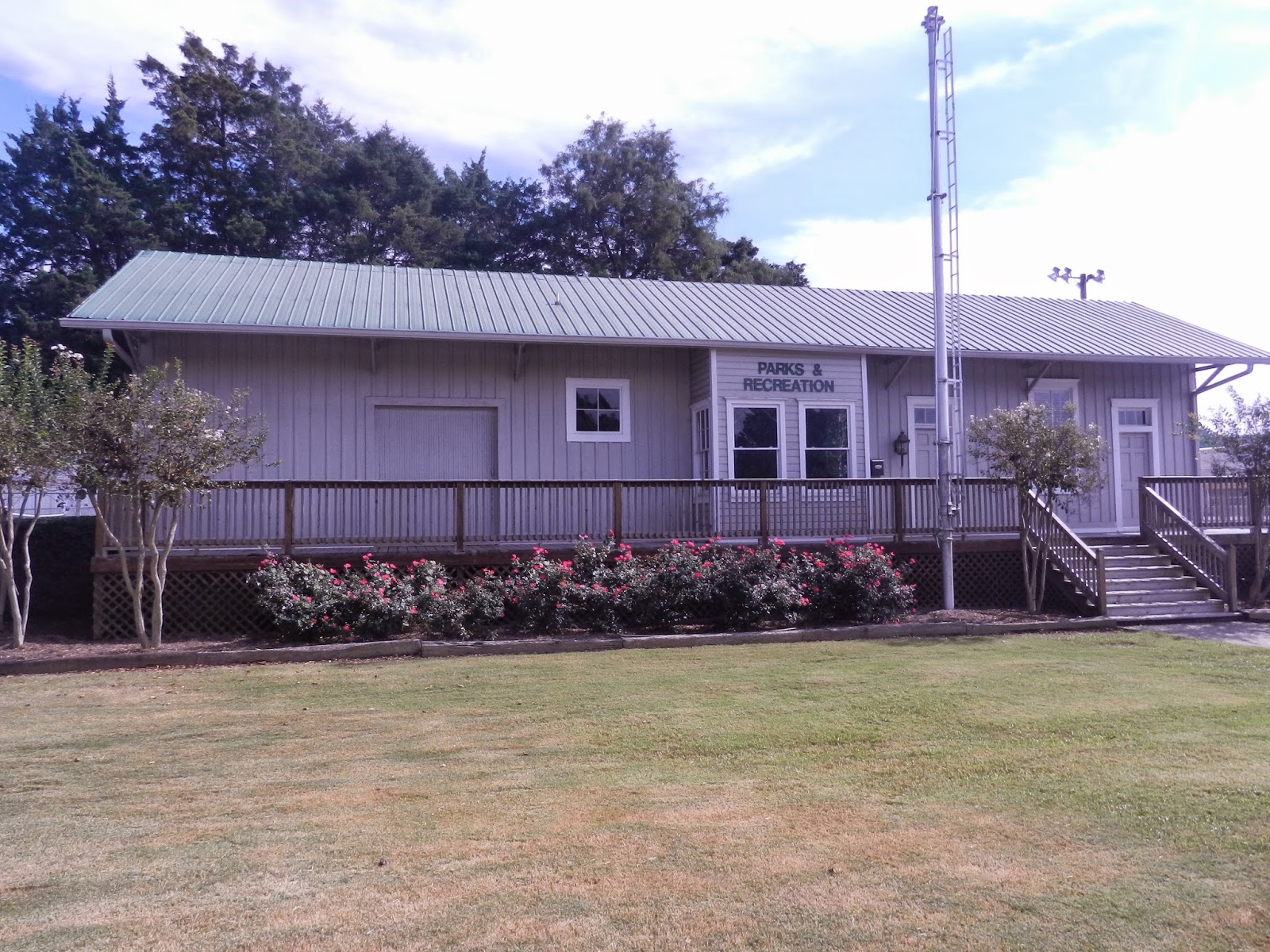 Note: A version of this post was published in the Pelham
City News Holiday 2013 issue. 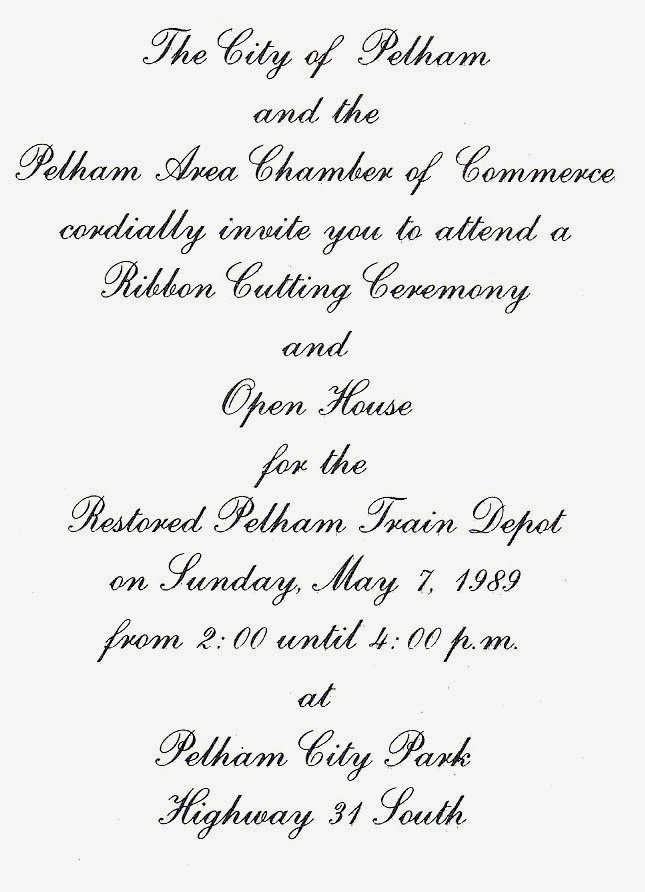 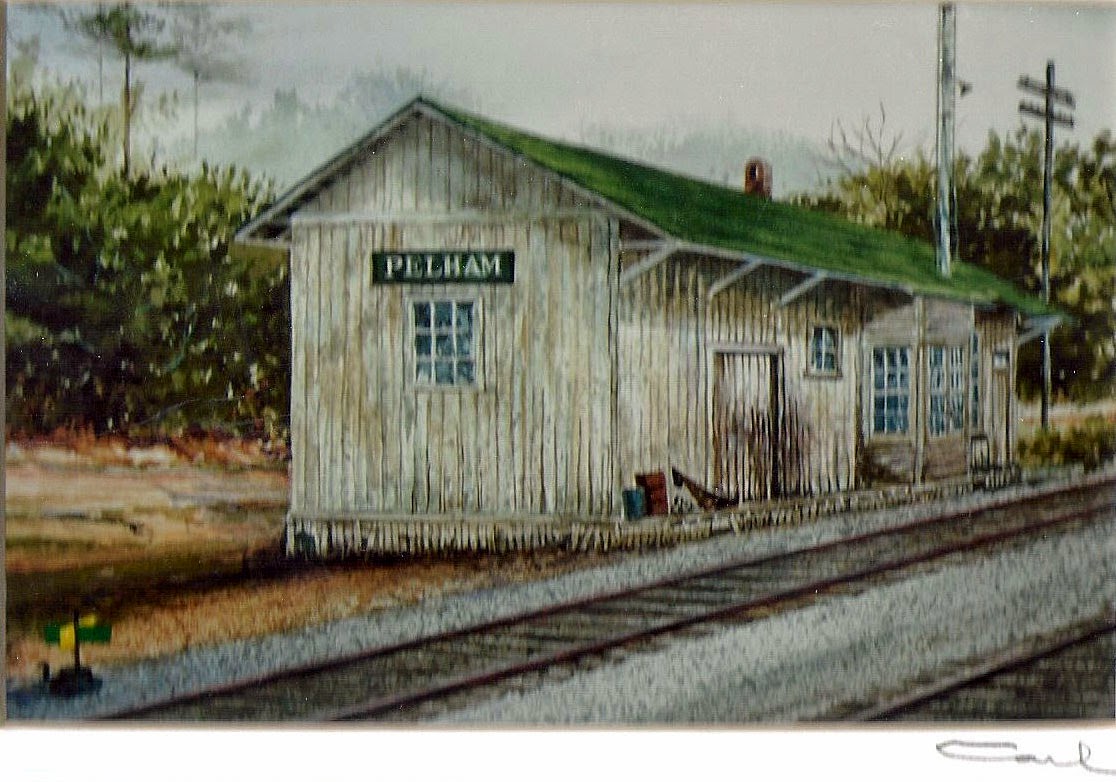 This painting by local artist Carl B. Salter [1919-2005] shows the Pelham Depot as it looked in its original location.
Posted by AlabamaYesterdays at 6:29 AM