Valley Elementary School in Pelham on a Postcard

Recently I was going through my Alabama postcard collection and came across the one below. Both of our children attended Valley, and I remember walking under that front entrance canopy many times.

The school operated from 1964 until 2015. Pelham has created its own school system, built a new elementary school and no longer needs this one. Apparently the city will allow a developer to create an "entertainment destination" there. 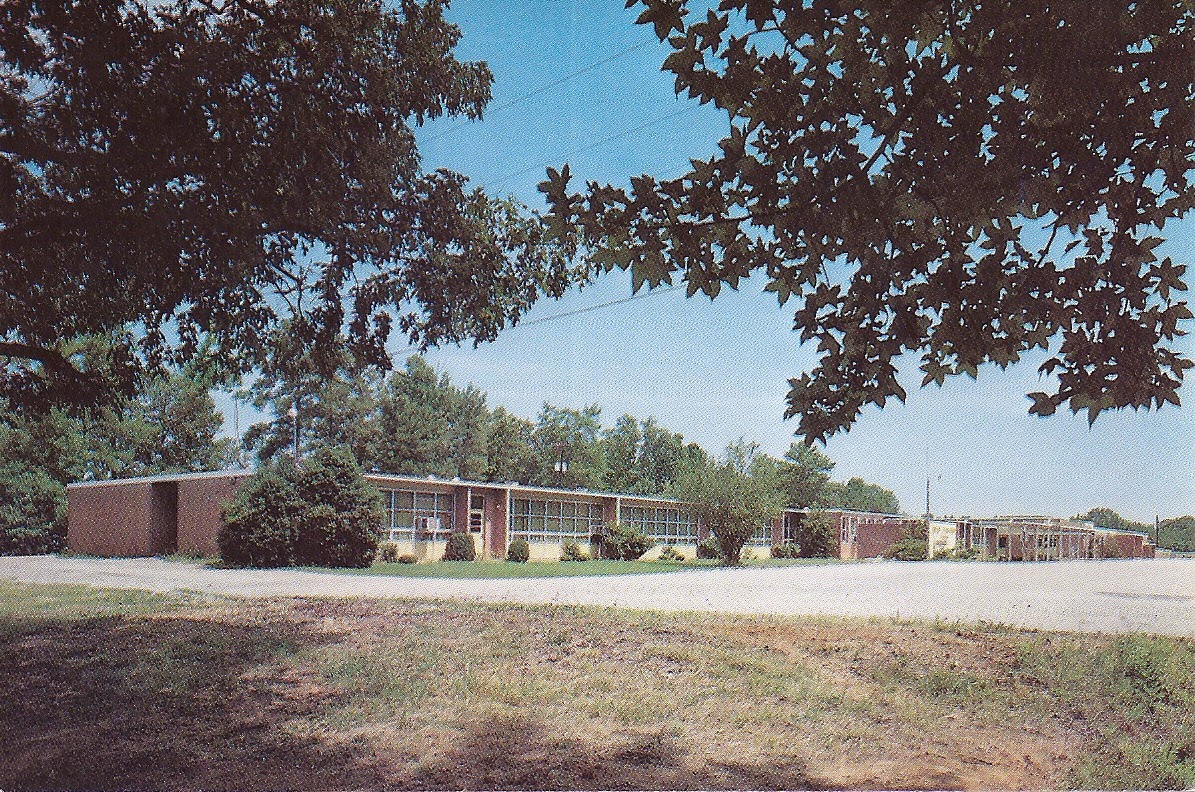 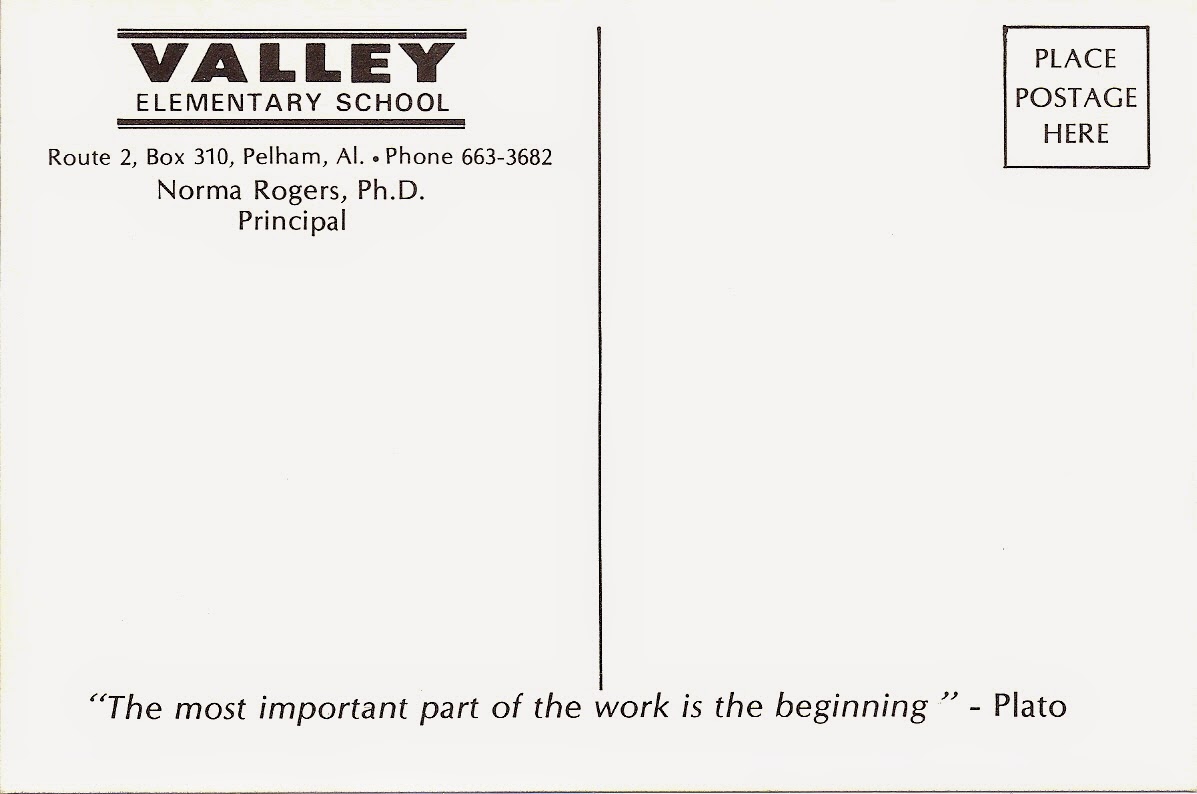 Dr. Norma Rogers became principal in the early 1970's and served until 1991 when she became Superintendent of Shelby County Schools. The address now is 310 Opportunity Drive. Directory assistance informs me that phone number has been disconnected.

At some point during either our son's or daughter's time at Valley this key chain was given out. My daughter entered Riverchase Middle School in the 1999-2000 school year, so the key chains were distributed before then.

Posted by AlabamaYesterdays at 9:46 AM