Well, Muhammad Ali was Cassius Clay at the time, but still...

One of the professional boxers native to Alabama was heavyweight Herb Siler. According to most sources, he was born on January 5, 1935 in Brundidge. His Social Security record gives the date as December 20, 1934. That record also lists his parents as Herbert Siler and Catheren McCray. I've so far been unable to find any further information in census or other records.

I've also found nothing on Siler's early life--how long he lived in Brundidge, how he got into boxing, etc. We next find him in Miami at his first fight against Harold Brown on April 25, 1960, at the Palace Arena. He won that bout on his way to a final record of 20 wins [9 by knockouts] and 12 losses [8 by knockouts]. His last fight on May 4, 1967, was a loss, as were the previous five fights.

Clay was Siler's seventh fight overall and seventh and last bout in 1960.  Clay faced only one previous professional opponent, Tunney Hunsaker, on October 29 in Louisville, Kentucky. Thus Siler had more professional fights, but Clay had defeated all four of his opponents in the Rome Summer Olympics earlier that year.

Siler and Clay fought on December 27 at the Auditorium in Miami Beach. Clay won in a technical knockout in the fourth round. Clay was just 20 days shy of his 19th birthday. All of Siler's earlier professional bouts took place in Miami or Miami Beach. That pattern would continue for most fights over the rest of his career.

Another gap of information appears in Siler's life after his boxing career ended in 1967 until 1972. In that year he was found guilty of manslaughter in the death of a friend and served seven years in the Belle Glades Correctional Institute in Florida. At some point he apparently overcame an alcohol addiction and by the late 1980's ran a successful construction company.

Siler died, again according to his Social Security record, on March 25, 2001. He is buried in Ft. Lauderdale. His grandson is NFL linebacker Brandon Siler.

In November 1966 Ali visited Alabama during the midst of a tour of southern colleges. You can see one of the photographs taken during that visit below.

Our family has some connections to Brundidge which I've written about here. 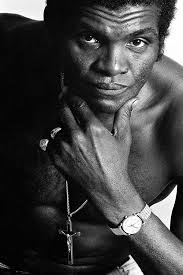 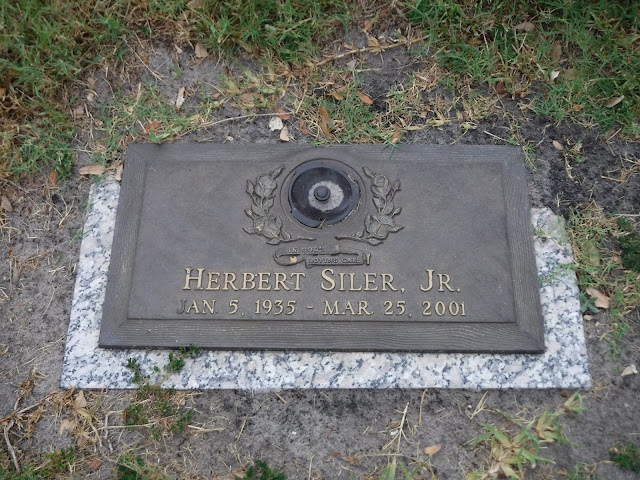 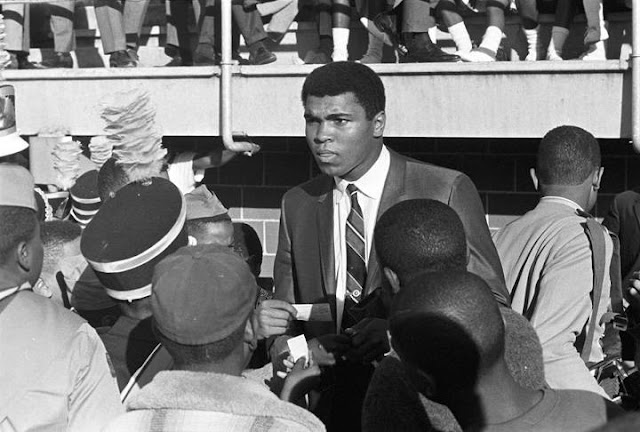 Muhammad Ali is seen here on November 24, 1966, at the Turkey Day Classic football game played in Montgomery between Alabama State and Tuskegee Institute. You can see many more photographs taken that day here.


Posted by AlabamaYesterdays at 8:41 AM