On April 8, 1937, a tornado cut a path through Pike County that included the town of
Brundidge. According to records of the U.S. National Weather Service, the tornado was
on the ground for eight miles. The Service records five tornadoes in the state that
year. This one caused the most fatalities, four, and 25 injuries.
My mother's grandparents Mollie and Joseph Flowers lived in Brundidge in 1937.
Joseph ran a general store on main street for many years. Mom remembers visiting
her grandparents when she was young, playing in "Papa's" store and taking a nap on
the bluejeans piled on a table. In July 2015 my brother Richard and I visited Brundidge,
their house, which still stands, and the location of the store, which housed the police
department at that time.
The photos that follow come from the digital collections of the state archives. 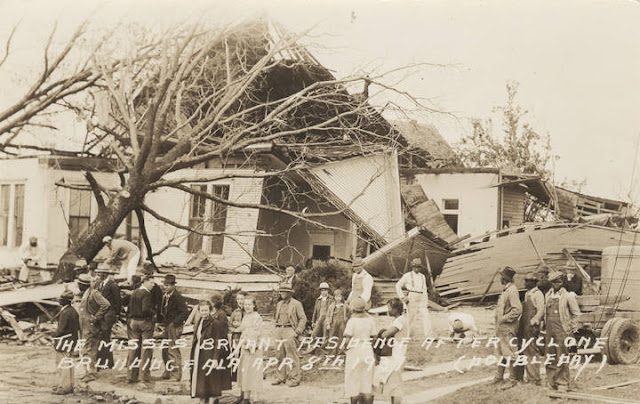 Residence of the Misses Bryant after the tornado 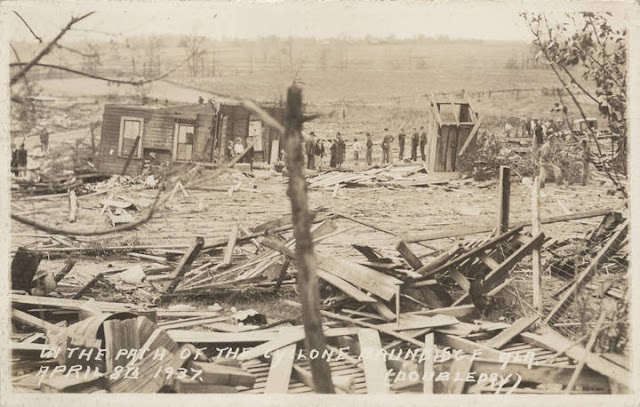 Path of the tornado in Brundidge 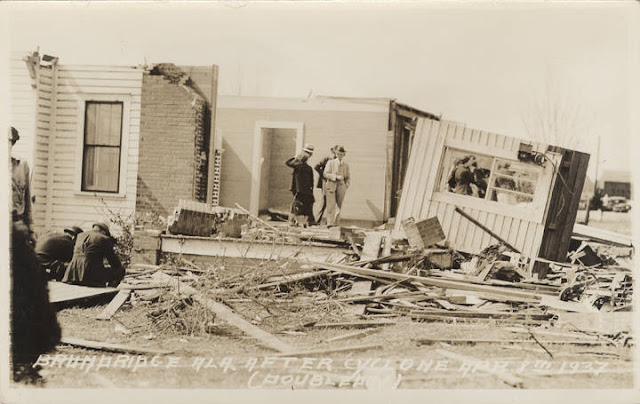 A severely damaged house in Brundidge 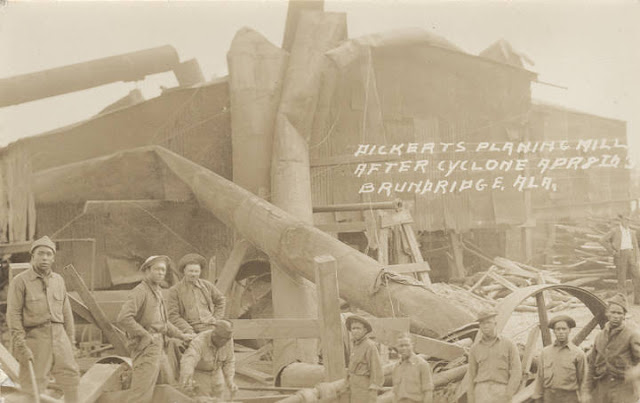 Dickerts Planing Mill after the tornado 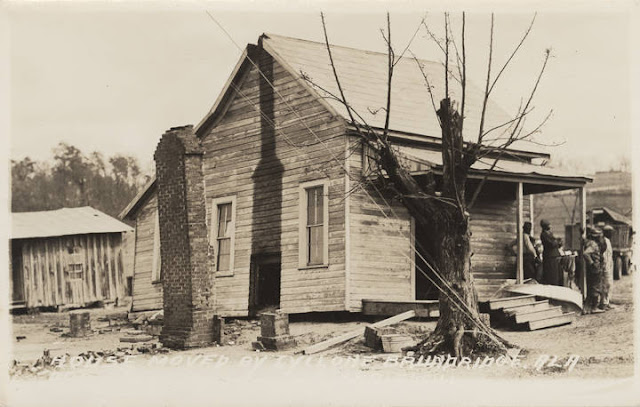 A house moved by the tornado

Posted by AlabamaYesterdays at 10:46 AM