Movies with Alabama Connections: The Revolt of Mamie Stover


One of two films Jane Russell made in 1956 was The Revolt of Mamie Stover, which has an Alabama connection. Let's investigate.

In 1941 Leesburg Mississippi, native Mamie is working as a prostitute in San Francisco. Authorities tell her to leave the city, so she boards a freighter for Honolulu. The only other passenger is Jim Blair [Richard Egan], a writer. They fall in love, but part ways when the ship docks and Jim's sweetheart meets him. Mamie goes to work at The Bungalow, a dance hall, quickly becoming the star attraction. She and Jim renew their relationship until the attack on Pearl Harbor, and Jim joins the army. Meanwhile, Mamie begins buying up real estate from residents returning to the mainland and gets rich selling it to the military. She and Jim meet again, but things don't work out, and as the film ends Mamie is returning to Mississippi.

Marilyn Monroe was first choice to play Mamie Stover, but that didn't work out. She was in the midst of contract negotiations with the studio, 20th Century Fox, at the time and turning down many properties offered to her as a bargaining ploy. I enjoyed the film with Russell, but would have really like to see Monroe in the role.

Russell handled the hard-bitten aspects of her role pretty well. Mamie tells her story of origins in abject poverty to Blair right away, and as we learn that drives her behavior. She wants to get rich, go back to Leesburg and lord it over all the people who looked down on her and her family. She does get rich, but loses Blair in the end. Apparently, if we go by the ending, she gives it all away before returning to her roots.

The film is based on the 1951 novel of the same name by William Bradford Huie, born in Hartselle on November 13, 1910. Over his long career Huie wrote numerous novels, non-fiction books and short stories and articles for magazines. Among his best-known works of non-fiction is The Execution of Private Slovik about the only American soldier executed for desertion during the Second World War. By the time he died on November 20, 1986, he had been living back in Alabama for several decades. He is buried in Hartselle, where the public library was renamed in his honor.

Huie served in the U.S. Navy during World War II and his experiences influenced three of his novels. The first was Mamie Stover, followed by The Americanization of Emily in 1959 and then Hotel Mamie Stover in 1963. Americanization was filmed in 1964 with Julie Andrews and James Garner. All three novels have the same narrator.

Some changes were made in the first novel's story on its way to the screen. Mamie left Mississippi for Hollywood to become and actress, but ends up as a prostitute there before leaving for Hawaii. The location was probably changed to San Francisco because the screen version dropped Huie's criticisms of Hollywood. One thing unchanged is Mamie's relentless pursuit of war profiteering. Her poverty-stricken childhood in Mississippi left her with only one desire--to make money.
Agnes Moorehead [almost unrecognizable as a bleached blonde!] plays Bertha Parchman, the crusty owner of The Bungalow. I've written about her 1973 visit to Birmingham here.

Jonathan Yardley, long time book critic for The Washington Post, published an appreciation of Huie and his Mamie Stover novel in 2006. 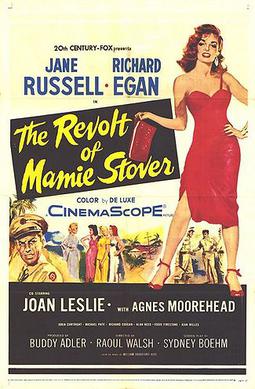 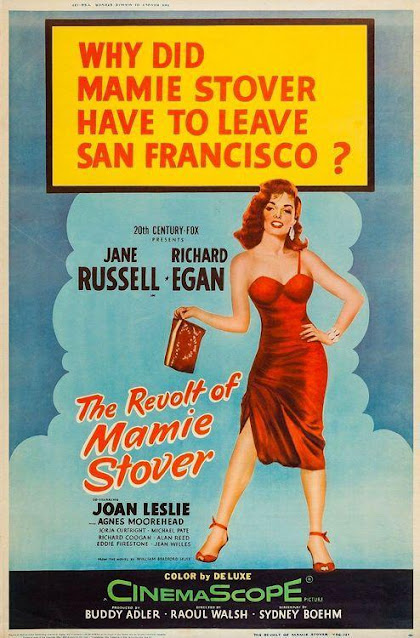 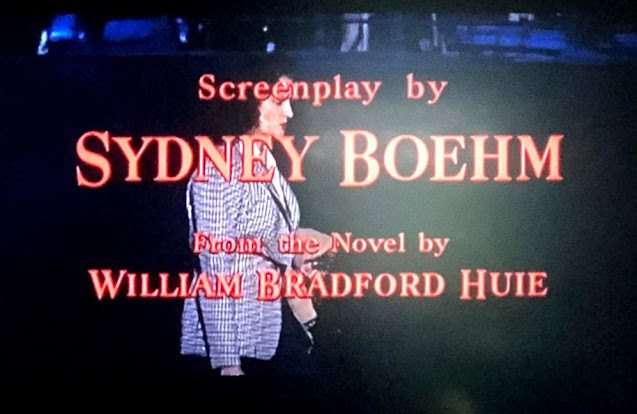 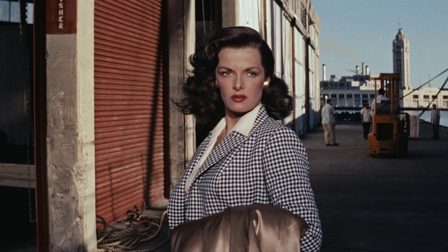 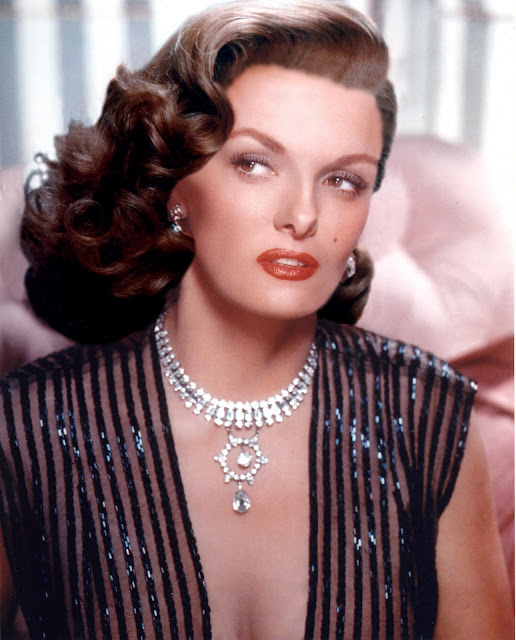 I think we can conclude Jane looks fabulous in the film, although she does spend most of it with red hair as "Flaming Mamie".

Money comes between the lovers literally and figuratively. 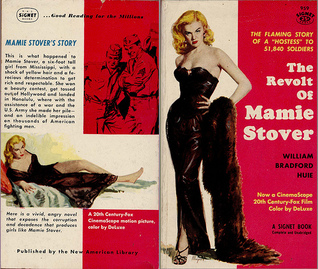 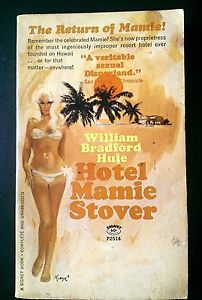 This paperback edition from Signet was published in 1964. 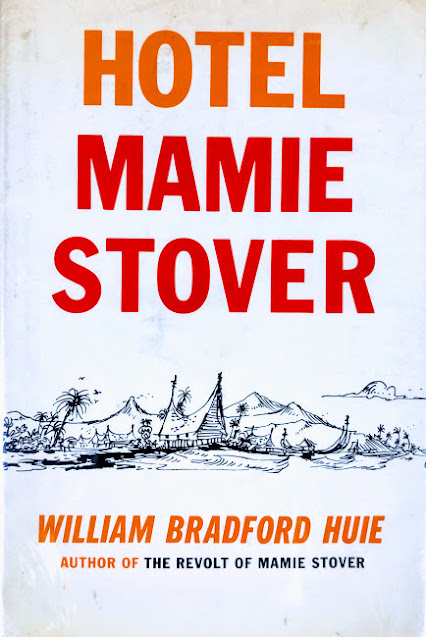 This first hardback edition had a somewhat less exciting cover than the paperback. 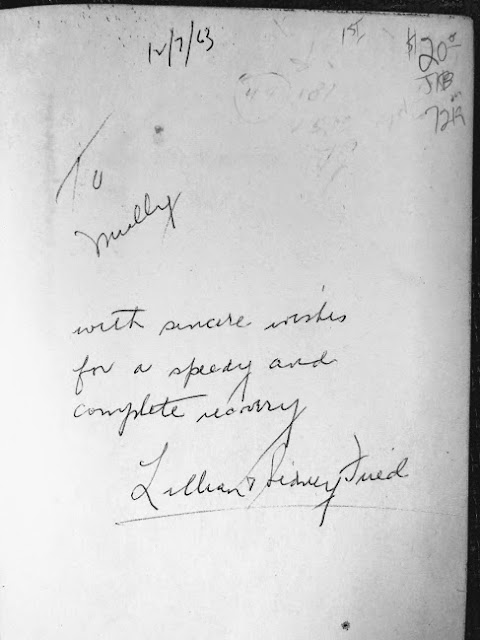 This inscription appears in my copy of the first edition. 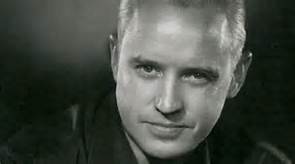 Posted by AlabamaYesterdays at 8:02 AM