In February 1941 four nurses---three of them nuns---from Nazareth, Kentucky, arrived in Ensley to open a clinic to serve poor blacks in the area. For a little over $12,000 they bought land, a duplex for the convent and "a little Negro hut" for the clinic. Interns from St. Vincent Hospital donated their services two days a week to the free clinic.

After the U.S. entered World War II, the Sisters of Charity were unable to obtain materials to build a clinic, so they added two more "huts" to the complex. In 1946 seven black physicians formed the first official medical staff, and fund raising efforts began in the city for a new building. By July 1950 some $250,000 had been raised.

On January 10, 1954, the new structure, Holy Family Hospital, was dedicated. After an expansion in 1964, the hospital had 83 beds and a staff of 130. Four years later the Sisters sold the facility and the new owners renamed it Community Hospital. After another sale and renaming to Medical Park West, the hospital closed in 1988.

Further details can be found at BhamWiki. Currently vacant, the building at 1915 19th Street is owned by Faith Chapel Christian Center and was added to the Alabama Register of Landmarks and Heritage in 2008. The Birmingham News published an article about the purchase of the hospital by Faith Chapel on October 13, 2006, pp. 1H and 8H, "Church shares new vision for historic hospital." The article includes three photos, two contemporary ones of the outside and inside a hallway of the facility. A third photo show Mervyn Sterne, John P. Newsome, Col. Wiliam S. Pritchard, and E.H. Gilmore at the groundbreaking in September 1952. Gilmore was a Jefferson County Commissioner.

Below the photos is an article about the hospital published in the January 1963 issue of the Journal of the National Medical Association. 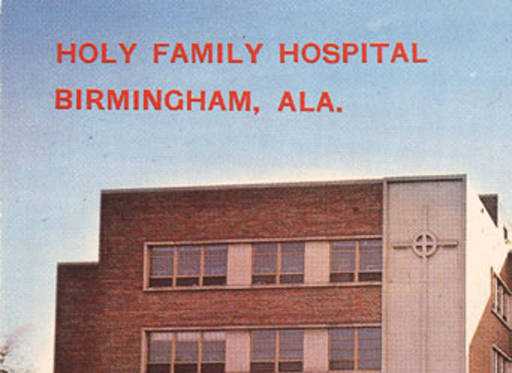 The hospital occupied this building in 1953. This postcard is from the 1950's. 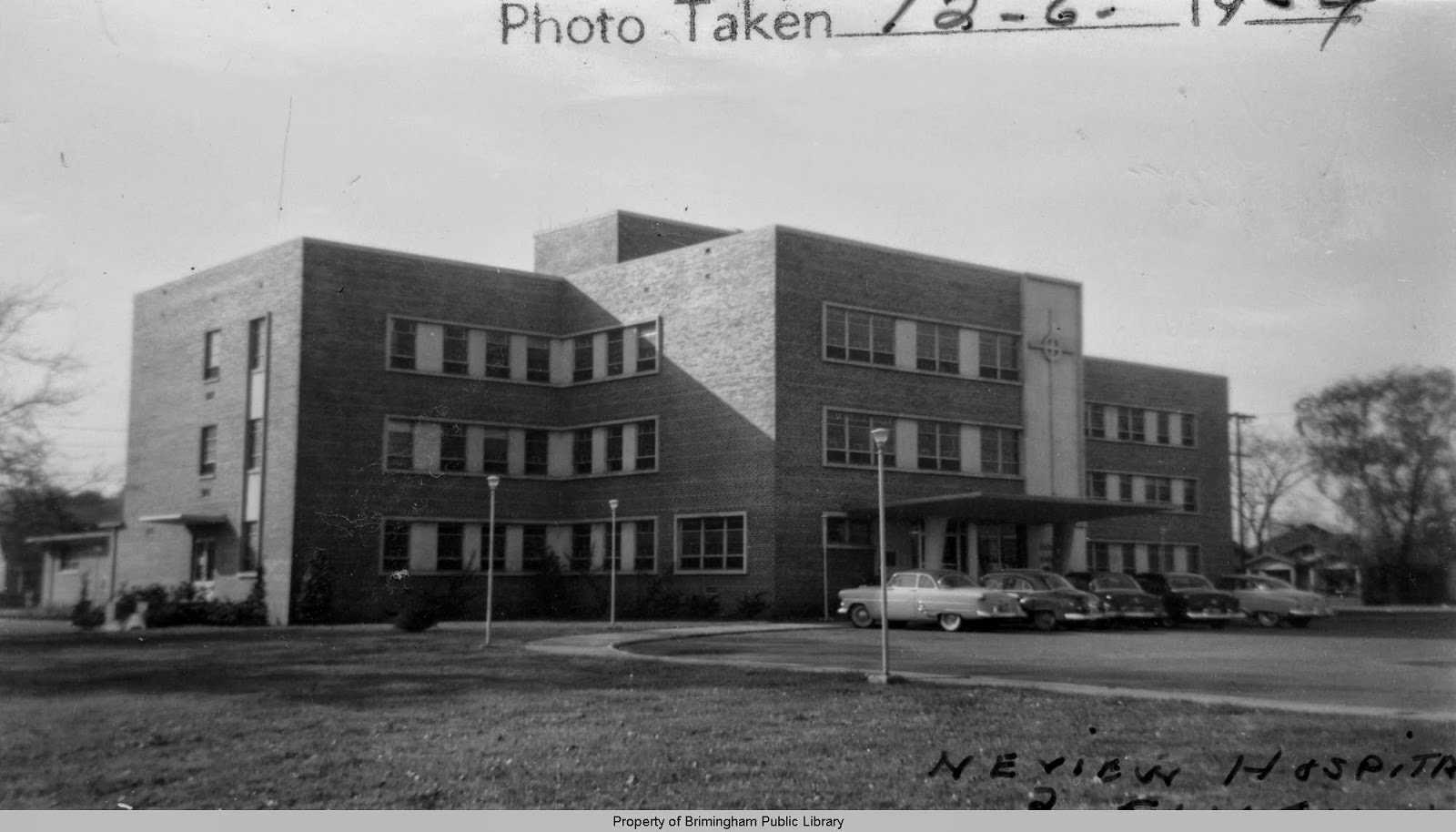 These photos of the front and back of the hospital were taken on December 6, 1954, for the Jefferson County Board of Equalization. 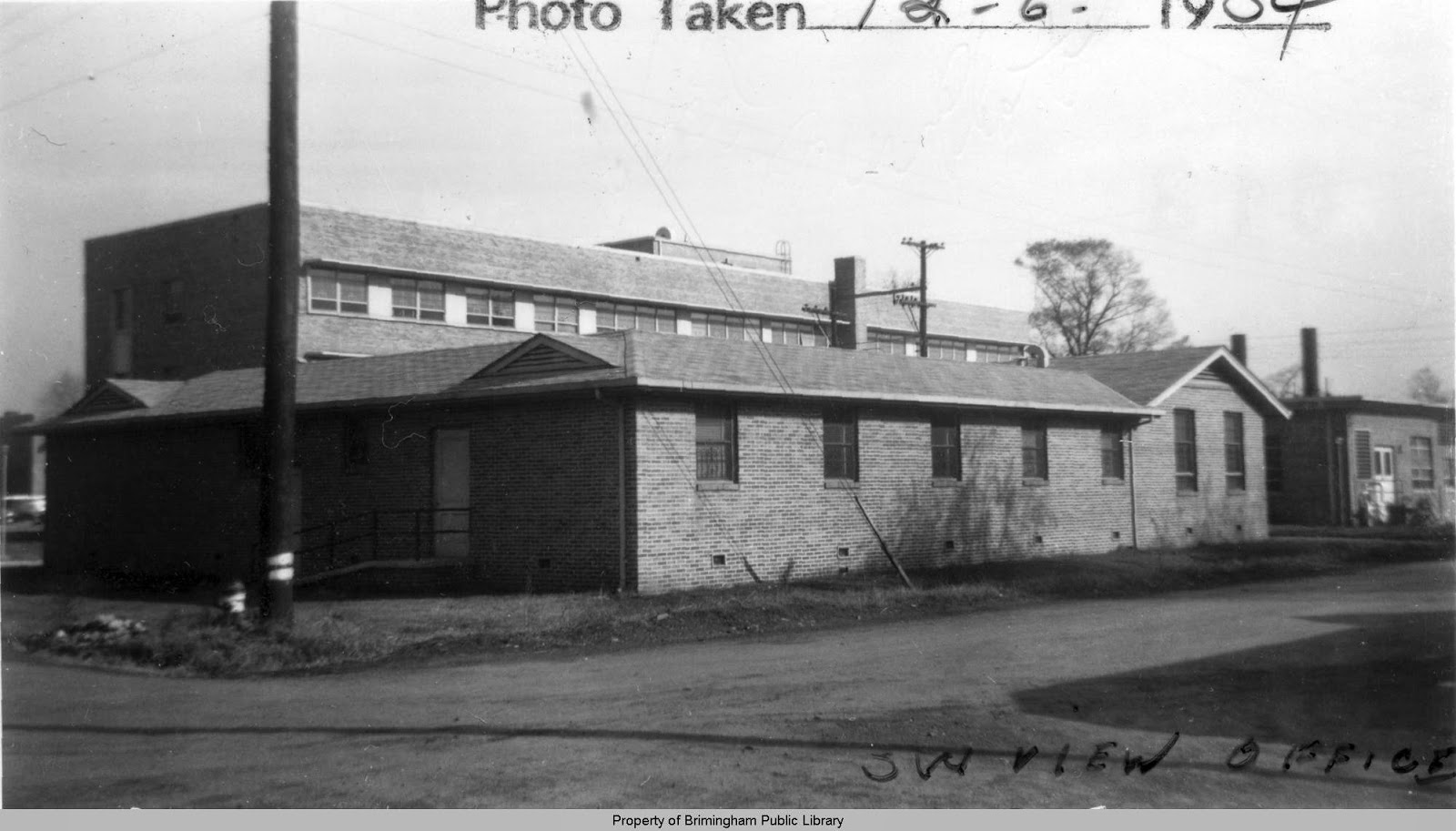 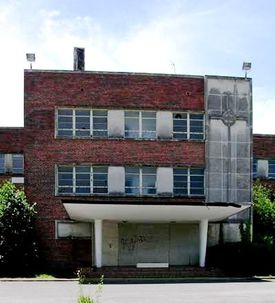 Here's a photograph of the front of the hospital taken in 2010. 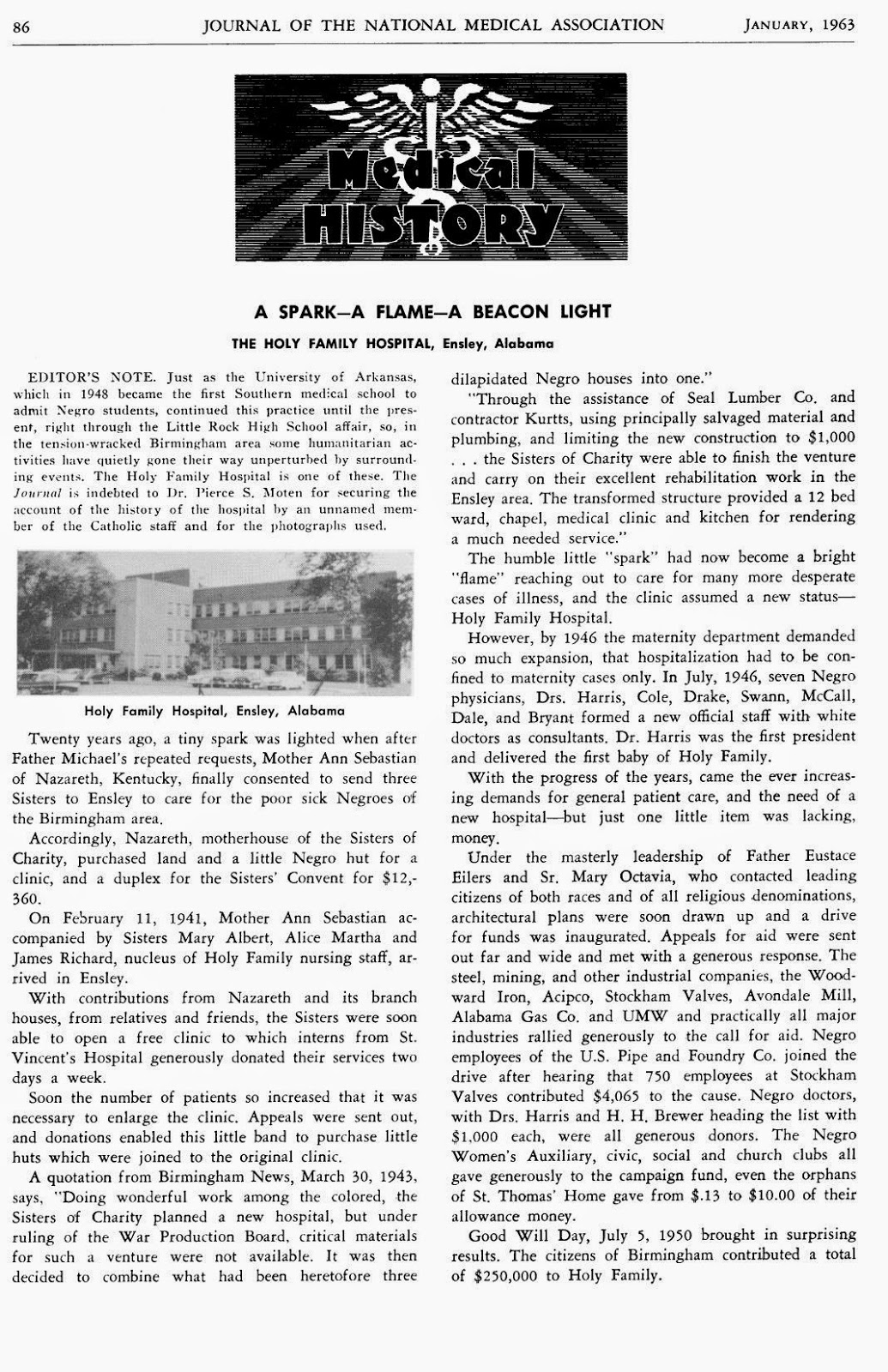 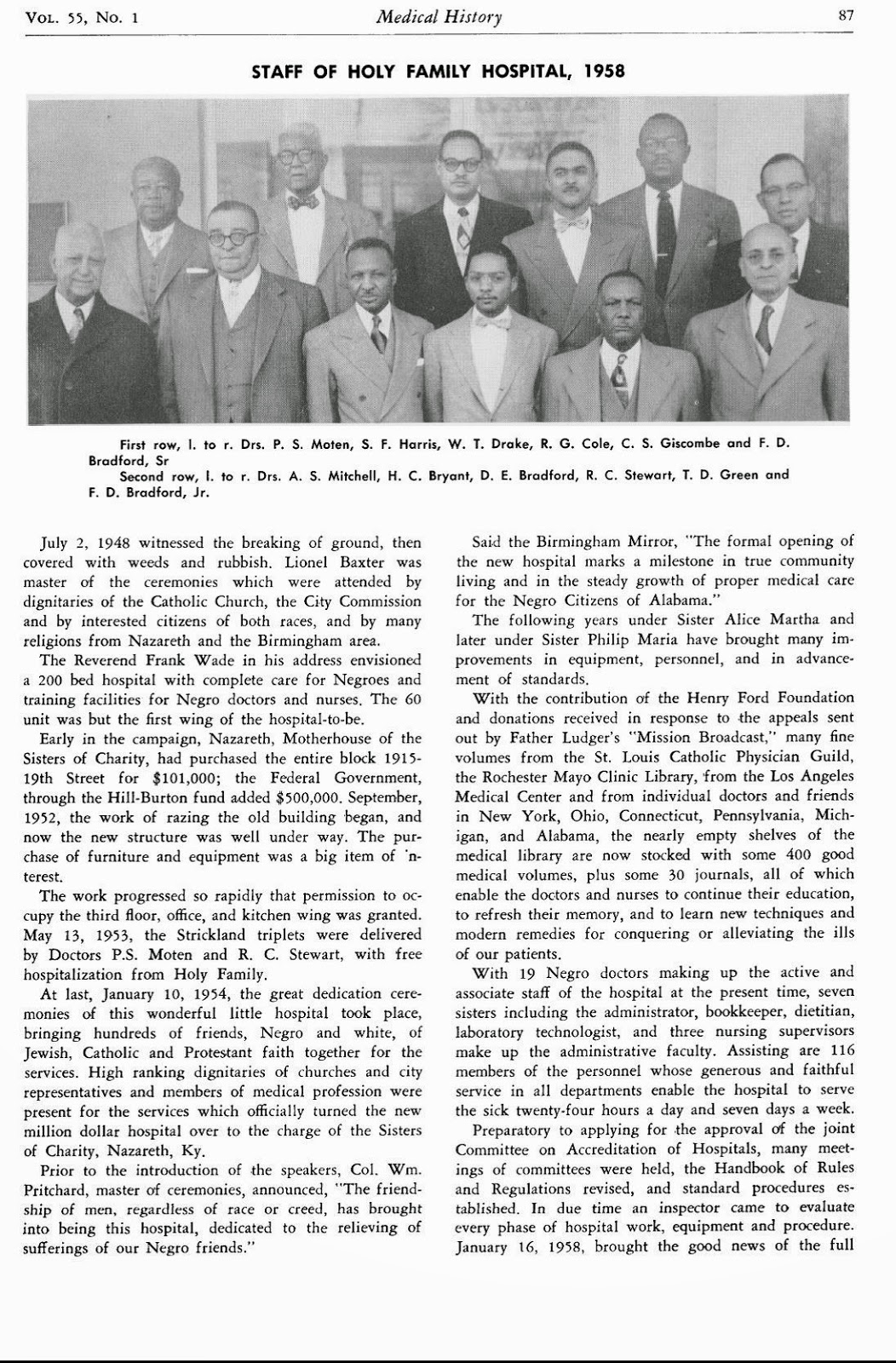 Posted by AlabamaYesterdays at 8:01 AM