Marilyn McCoo has been a very successful singer and actress since the 1960's. She was born in New Jersey to Waymon and Mary McCoo, both physicians who graduated from Meharry Medical College in Nashville in 1938. By the mid-1950's the family had moved to Los Angeles, and McCoo began modelling before graduating from high school.

She apparently inherited her father's singing talents; before medical school he had toured the country with the Jones Boys trio and Fletcher Henderson's orchestra. In the first half of the 1960's Marilyn toured with the Hi-Fis, a group that often opened concerts for Ray Charles. In 1966 she met future husband and founder of the 5th Dimension, Billy Davis, Jr. The group, with McCoo singing lead, had tremendous success including several massive hits such as "Up, Up, and Away," "Stoned Soul Picnic" and "Wedding Bell Blues."

Married in 1969, McCoo and Davis left the group in 1975 and found success as a duo. On her own McCoo hosted the Solid Gold television music series through much of the 1980's and toured nightclub and concert venues. McCoo and Davis continue to perform and wrote about their lives in the 2004 book Up, Up and Away.

So, just what are McCoo's Alabama connections?

To begin with, her father Waymon was born in Eufaula on May 9, 1909. After earning a bachelor's degree from Talladega College, he left for New York City to pursue that singing career noted above. He then had a long and prominent medical career in Los Angeles before his death in 2003. The Eufaula paper noted his death at age 94: “Dr. McCoo, 94, dies in L.A. ; Eufaula native and father of superstar Marilyn McCoo, Dr. Waymon McCoo, died Friday in Los Angeles . He was 94.” [Eufaula Tribune 20 October 2003].

Another of her state connections is her grandparents, Thomas and Gertrude McCoo. Born in 1883, Thomas graduated from Selma University and then Leonard Medical School at Shaw University in Raleigh, N.C., in 1906. He was certified to practice medicine in Alabama by the Barbour County medical board in 1907. Thomas married Gertrude Coffee, daughter of a Methodist minister, in 1908. Thomas spent most of his medical career in Eufaula.

“Not only was Dr. McCoo a competent physician who rendered invaluable service to the suffering, but equally as important he was a dedicated civic and religious leader for many years…Eufaulians of both races have lost a friend,” wrote editor Joel Smith in the Eufaula Tribune after Thomas McCoo’s death in 1967. "’Eufaulians of both races’ loved Dr. McCoo. Throughout his life, Dr. T.V. McCoo was a friend to both white and black Eufaulians—often at times when that was difficult to do.”

Before integration, a high school for blacks, T.V. McCoo High School, now a municipal center, was named after him. His portrait hangs in the McCoo Branch of the Carnegie Library in Chattahoochee Courts in Eufaula. Son Waymon returned to Eufaula in 1988 for the dedication of this portrait. Dr. T.V. McCoo Boulevard in the town is also named after him.

For more information, see an article by Patrick Johnston, "Eufaulians of both races' loved Dr. McCoo." Eufaula Tribune, February 7, 2002. This article cites a book, Robert Flewellen, Along Broad Street: A History of Eufaula, Alabama, 1823-1984 published in 1991. 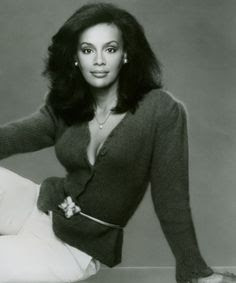 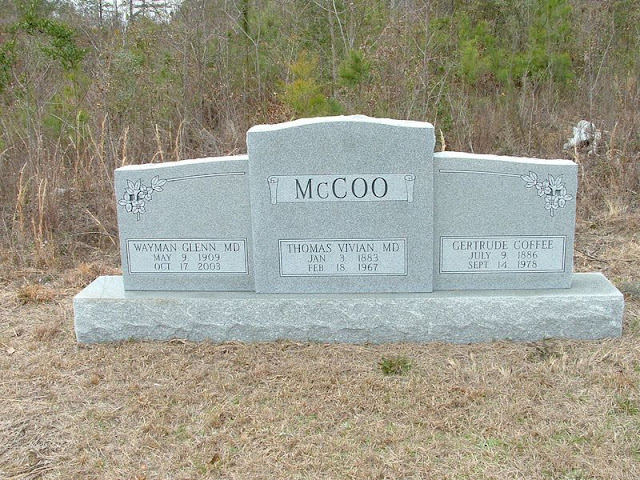 McCoo's father and grandparents are buried in Haven of Rest Cemetery in Barbour County.


Posted by AlabamaYesterdays at 10:11 AM