What Happened to Old Tuskaloosa Road?

Here's another bit of history I've passed many times over the years but only recently noticed--this street sign in Pelham announcing Old Tuskaloosa Road. That's a mighty new looking sign for such a short road, so I'm not sure what the story is behind that. You can see where it goes below.

In the Heritage of Shelby County, Alabama [1999, p.14], a section on early transportation notes the following:

This reference apparently cites an Act of Congress authorizing the road--and perhaps funding--but so far I have been unable to track it down. Shelbyville is better known as Pelham today, and was the county seat until 1826 when Coumbiana was chosen. Tuscaloosa served as state capitol from 1826 until 1846, so roads to it were no doubt important.

So where is the rest of this mysterious Old Tuscaloosa Road? How long did it last as an intact road over that distance?

A Google search turns up such a designation in Helena, but also Jasper and a couple of other places. You can see existing roads in the area in the 1833 map below. 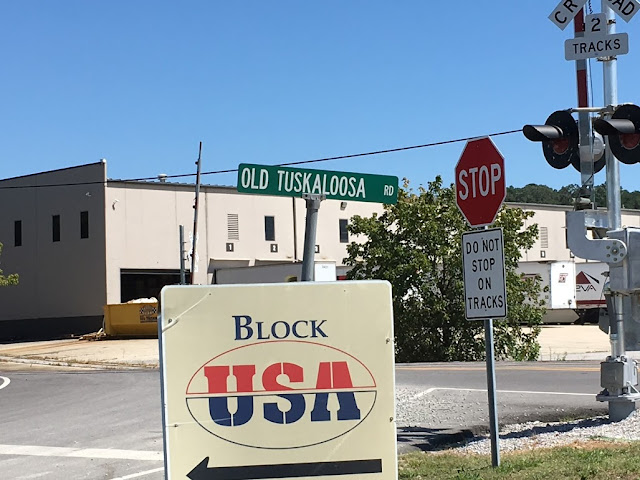 Block USA is a construction company. Old Tuskaloosa Road ends quickly at their complex. Across Lee Street is the back of one of the buildings in the Summer Classics site that faces US 31. 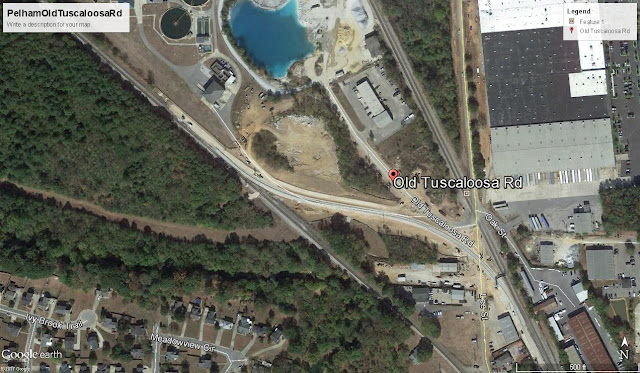 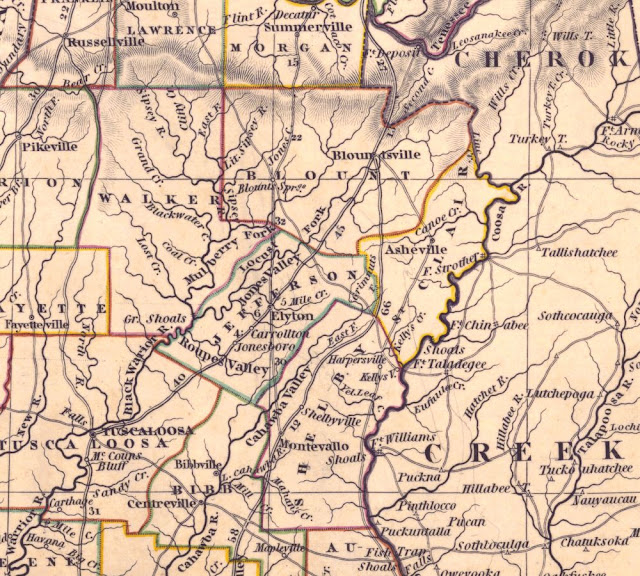 This 1833 excerpt from a state map by Henry Tanner shows the existing roads.

Posted by AlabamaYesterdays at 5:40 AM