Mobile and "Blues in the Night"

I am always on the lookout for appearances of Alabama-related things in popular culture and came across this one recently. Over the life of this blog I've posted several items discussing songs from the 19th and first half of the 20th centuries that relate to Alabama in some fashion. You can read two of the posts here and here.

This example is a bit different--a shout out to various cities including Mobile. The song is "Blues in the Night", which first appeared in the 1941 film of the same name. The song has become a standard; versions by many singers can be found on YouTube. Everyone from Peggy Lee and the Benny Goodman Orchestra to Ella Fitzgerald, Dinah Shore, Frank Sinatra, Cab Calloway, Ray Charles, Rosemary Clooney and Amy Winehouse have recorded it. The piece was nominated for a Best Song Academy Award.

The film is an odd one, a little crime musical if you can believe it. The story follows a ragtag group of jazz musicians as they find and lose great success and learn that their original life riding the rails from town to town was not so bad.

Richard Whorf plays pianist and leader Jigger Pine, and Jack Carson is the loudmouth trumpet player. Priscilla Lane is Carson's angelic and pregnant wife. The clarinetist is played by Elia Kazan in his acting days before he became one of Hollywood's best known producers and directors. Of course there's a gangster (Lloyd Nolan) and his sometime moll (Betty Field) to add the crime element.

I remember seeing this film years ago and enjoying it. I watched it again recently and found it a bit silly and over the top in places, but still worth seeing. The cast is great at chewing the scenery, and there's some good music. Betty Field is a great femme fatale.

Now about that song. I don't remember catching the reference to Mobile the first time I saw the film, but I did on this viewing. The music was written by Harold Arlen and the lyrics by Johnny Mercer, two giants of American popular song in the 20th century. Together and with others they both made numerous contributions to the "Great American Songbook".

During their collaboration in the 1940's the pair wrote other hits including "That Old Black Magic" and "One More for My Baby (and One More for the Road)". Arlen wrote film and Broadway music for many hits with other partners including the 1939 film version of The Wizard of Oz. Mercer also spent much of his career in Hollywood working in the film industry.

Many popular songs about the South in the 19th and first half of the 20th centuries were written by northerners selling an idealized vision of Dixie; most of them probably never traveled below the Mason-Dixon Line. Mercer was born in Savannah, Georgia, and exposed to much African-American music growing up. We can probably attribute his choice of town names and music for the song to that upbringing. Now about that woman he mentions....

The film shows up periodically on Turner Classic Movies. A trailer can be found here. 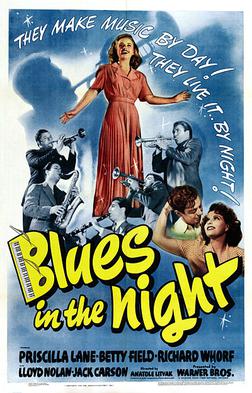 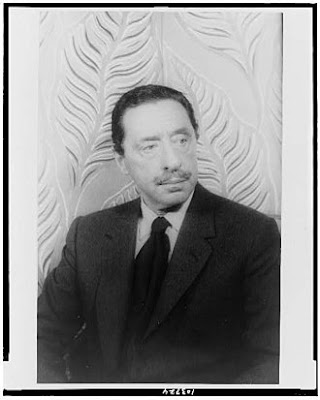 "Blue in the Night"