In June 2015 I posted an item on "Some Alabama Songs from the Early 20th Century." Since there are so many of these tunes from the late 19th and early 20th centuries, I thought I would look at a few more examples. There are plenty of others for additional posts as well.

As I said then, "Alabama has inspired many songs over the decades by natives, residents and people who have never even visited the state. In June 2014 I wrote a post on some songs related to Birmingham. I'll be returning to this rich topic at some point in the future as well." So here I am.

Discussions of each song are below. 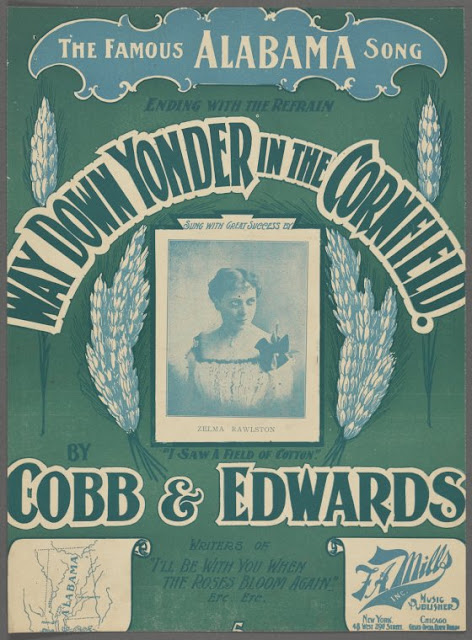 The sheet music cover of this ditty from 1901 has several things to notice. There are stalks of wheat and in the lower left corner an outline map of the state. The tune is "That Famous Alabama Song" that has been "Sung with Great Success" by Zelma Rawlston, whose photograph adorns the middle of the sheet.

The New York Public Library entry for the song gives this summary of the lyrics:  "A man standing on a pier looks at a boat named Alabama and reminisces about his home plantation; the ship's captain offers to take him back home and he returns to his plantation." You can find the sheet music with lyrics at the NYPL site. Frederick Allen Mills [1869-1948], the New York publisher, was also a ragtime composer in the early part of the 20th century.

Will D. Cobb [1876-1930] was a lyricist and composer born in Philadelphia. Gus Edwards [1879-1945], a native of Germany, was a songwriter who also managed vaudeville theaters. He discovered a number of performers who went on to great fame such as Eddie Cantor and Groucho Marx. Bing Crosby played Edwards in the biopic The Star Maker [1939]. The pair also collaborated on five songs for a 1902 musical version of The Wizard of Oz. Rawlston was a popular singer of the day who often performed as a male impersonator. The page on Rawlston here has a different sheet music cover for this song with Rawlston in drag. 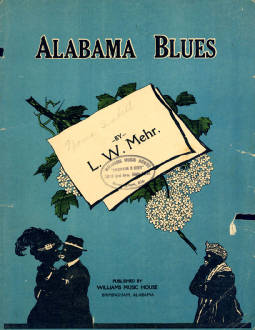 L.W. "Libbie" Mehr was married to Charles Mehr, who in the early 1920's opened Mehr's Music Store & Novelty Shop on 5th Avenue North in Birmingham. The store sold everything from sheet music and instruments to costumes and magic paraphernalia. Libbie helped her husband in the store and also wrote songs. "Alabama Blues" was one of those tunes. On June 10, 1922, the song was recorded by Mamie Smith's Jazz Hounds in New York City.

The song was published by Williams Music House in Birmingham, then located at 1818 3rd Avenue. The photo below shows the store on 4th Avenue North, after a move, probably before 1938. 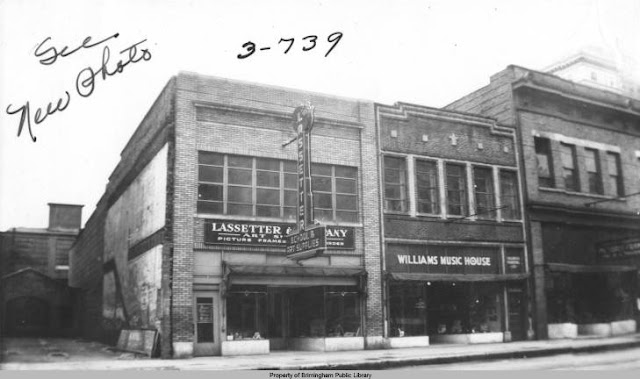 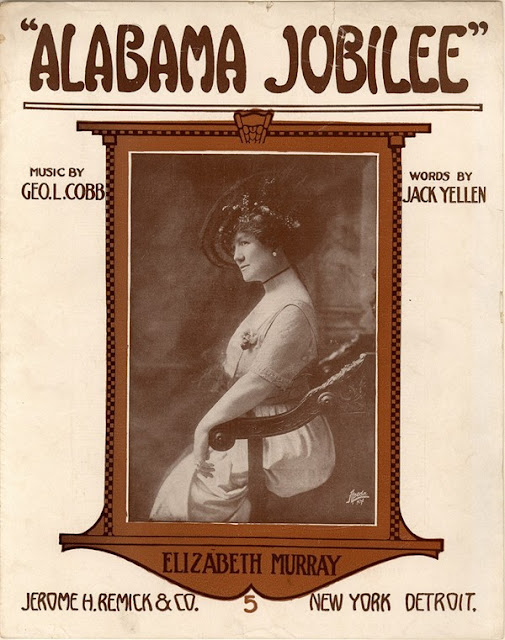 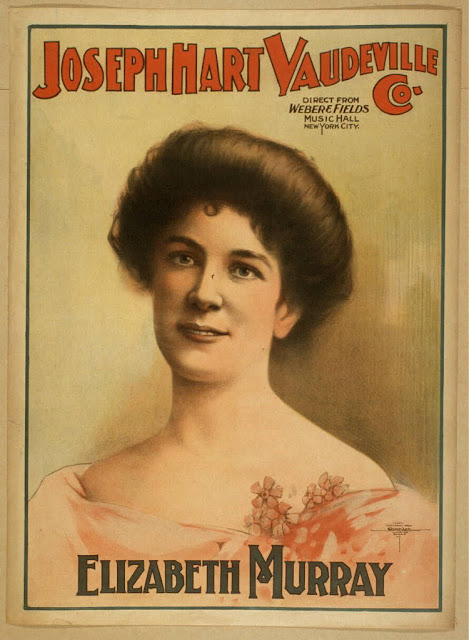 Written and first recorded in 1915, "Alabama Jubilee" is considered an American standard and has been recorded many other times since by everyone from Chet Atkins to Roy Clark, Doc Watson, Leon Redbone and Jerry Lee Lewis. You can find the sheet music and lyrics here. Issued in March of that year, the sheet music quickly sold almost a million copies.

George L. Cobb [1886-1942] wrote the music for "Alabama Jubilee" and Jack Yellen [1892-1991] wrote the lyrics. Cobb wrote over 200 musical compositions that include ragtimes, marches and waltzes. Much more about Cobb can be found here. Yellen also wrote the lyrics to a pair of other standards, "Happy Days Are Here Again" and "Ain't She Sweet" as well as songs and screenplays for many films and Broadway musicals.

Cobb and Yellen collaborated early in both their careers, beginning in 1909. Several of their collaborations were "Dixie" songs; others included "All Aboard for Dixieland" and "Are You from Dixie?" Yellen was Jewish, born in Poland and raised in Buffalo, New York. Cobb was born in New York state. Like creators of so many Alabama-related tunes from the late 19th and early 20th centuries, Cobb and Yellen wrote in popular genres using popular images of the day and may never have visited the South, much less Alabama.

Elizabeth Murray was a musical and comedy performer in vaudeville. Jerome H. Remick [1867-1931] was a musical publisher based in Detroit. You can watch a version here of the song recorded in September 2015 by the Skip Parsons Riverboat Jazz Band.

A few other recordings of "Alabama Jubilee" can be found here. 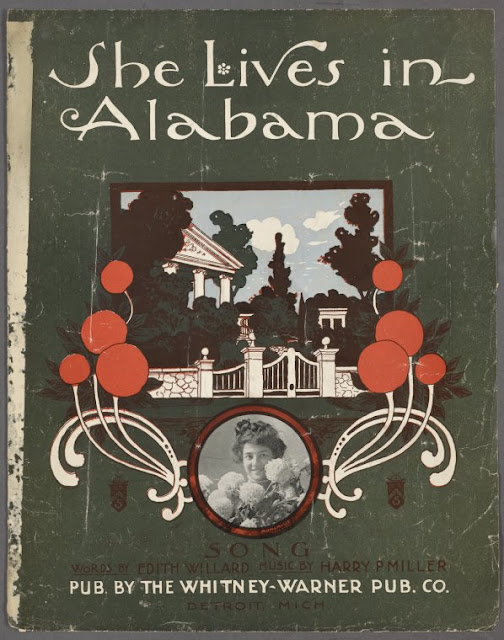 The sheet music of this song gives Harry "D." Miller as the composer, but that apparently should be Harry "S." Miller. He was born in Philadelphia in 1867, but spent most of his life as a prolific composer, lyricist and playwright in Chicago and New York. Some of Miller's other songs can be found here.

I have been unable to find any information on lyricist Edith Willard. Whitney-Warner Publishing Co. was purchased by Jerome H. Remick in 1898. 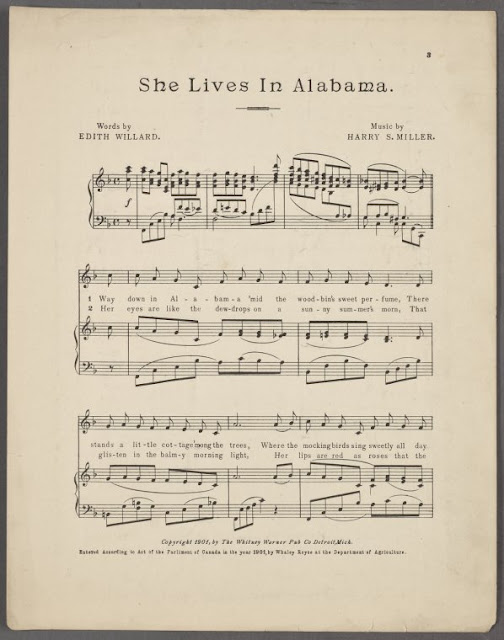 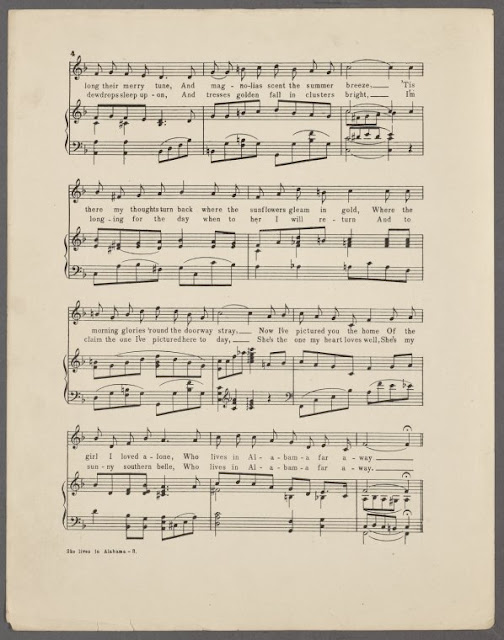 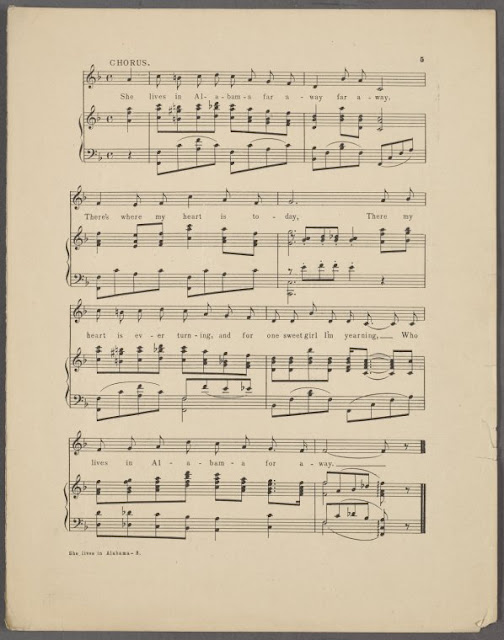 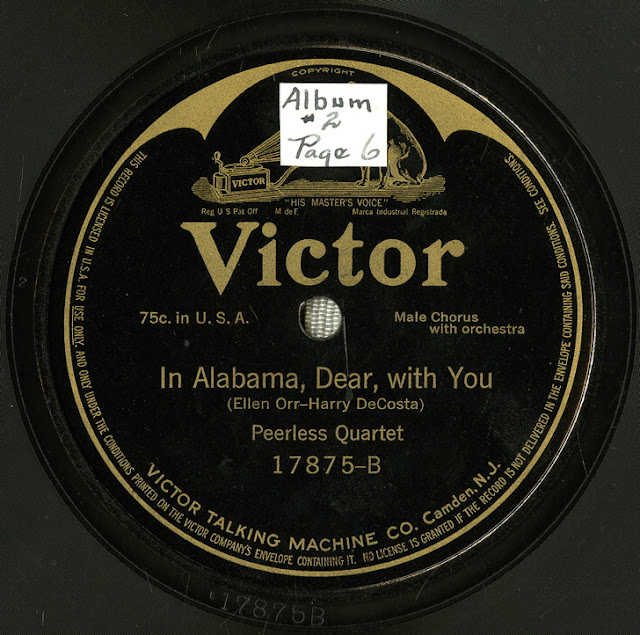 The Peerless Quartet was a male singing group that started in the 1890's and toured and recorded until 1928. They recorded hundreds of songs, enjoyed years of great popularity and are considered a major influence on the barbershop quartet style of singing. A massive list of their recordings from 1908 until 1920 is available.

The Quartet recorded "In Alabama, Dear, With You" on two different dates. The Victor recording shown above was made in Camden, New Jersey, on September 27, 1915. The group had also recorded the song on August 12 for Columbia.
You can listen to the Victor recording here. 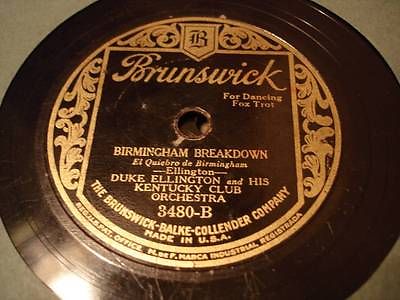 The 20sJazz.com site has a recording of this song by the great Duke Ellington and His Kentucky Club Orchestra. That site gives this information about the personnel involved:

Ellington and this group made two recordings of the tune, one on November 29, 1926, and the second on February 28, 1927, both in New York City for different companies, Vocalion and Brunswick.

A page of the sheet music is below. Also note the "New Birmingham Breakdown" recorded in the following decade.

As best I can determine, the Spanish phrase on the record, "El Quiebro de Birmingham" would translate literally as "The Sidestep of Birmingham". I presume it was included for the recording's distribution in Latin America, but I've yet to investigate that assumption. 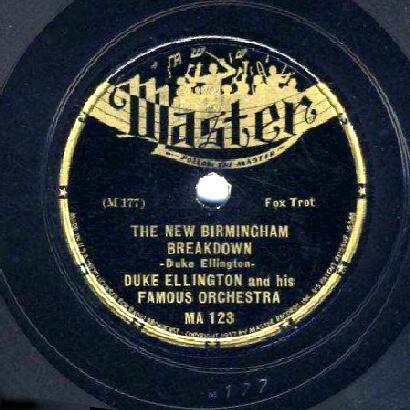 Several songs have associated the concepts of a woman, Alabama, and a rose. I discuss several of them below. 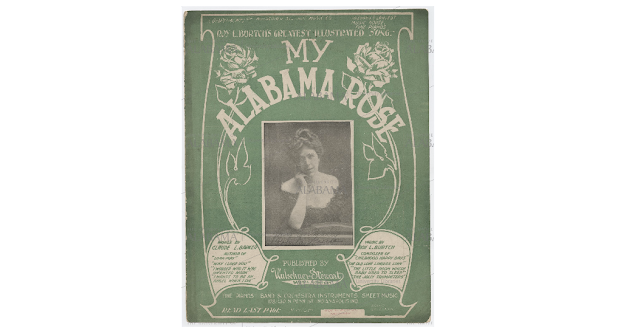 
This song written by composer Roy L. Burtch and lyricist Claude L. Barker appeared in 1910. A bit about Burtch can be learned from this 1905 marriage notice. Burtch and his bride Harriet were living in Indianapolis in 1905. I have been unable to find out anything about either Barker, or the young lady to whom the song is dedicated, "Miss Anna Louise Crews, Monrovia, California." The song was published by the Wulschner-Stewart Company founded in Indianapolis by Emil Wulschner in 1888. His stepson Alexander Stewart soon joined the company, which lasted until 1914.


The sheet music cover of another song with the same title from 1913 can be found here. The cover says that song is by Milton Weil and Stanley Murray and issued by Tell Taylor Music Company. Weil owned a music company in Chicago during the 1920's and 1930's. William "Tell" Taylor [1876-1937] was a vaudeville performer and composer of more than 200 songs, including "Down By the Old Mill Stream". He founded his music publishing company in Chicago in 1907. I have been unable to find any information about Stanley Murray.

Then there is "Alabama Rose" by country singer Bobby Bare.

Silas Sexton Steele, a native of Philadelphia, started off as a actor in the mid-1830's but moved into writing, eventually creating more than 40 melodramas, comic operas, and musical burlesques. Two collections of these works can be found here. Many of these featured songs, including the 1846 "Rose of Alabama" which continues  to be performed and recorded today.

Lyrics of that 1846 tune as recorded by Bobby Horton:


I have also come across a 1910 song, "My Rose of Alabama" by a prolific composer of the day, Alfred J. Lawrance. I have yet to find more information about this song.

Posted by AlabamaYesterdays at 7:58 AM