My Further Adventures with Jack & Jill

In 1960 we moved from a house on Cloverdale Drive in Huntsville to one on Lakeview Drive. The new house was located in the Lakewood subdivision in the northwestern part of the city just off Memorial Parkway. I've previously written about an anomaly in our Jack and Jill subscription at Cloverdale as well as a snowfall there in 1958 and a Sunday afternoon in 1959. Now it's time to take Jack and Jill to our next house on Lakeview Drive.

Mom had saved most issues of Jack and Jill from a family subscription that lasted from 1953 until 1966. No doubt my younger brother and I had outgrown them by then. The magazine began publication in 1938 and continues today. 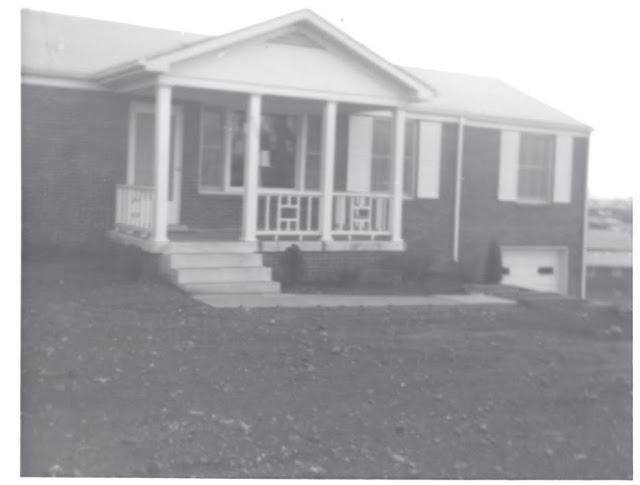 We moved to this house at 4606 Lakeview Drive in 1960 and were still living there when I went off to college at Auburn in the summer of 1970. In a blog post here I discussed some photos of a couple of visits by my paternal grandparents, one of them at Christmastime. 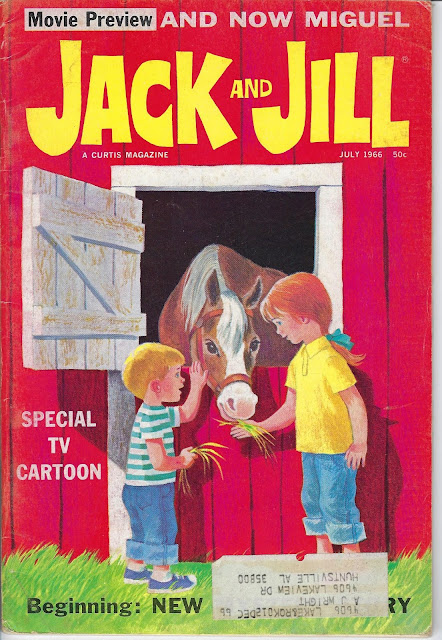 These issues shown here date from the mid-1960's when I would have been 12-14 years old. I imagine only my brother Richard would be reading the subscription then; he's four-and-a-half years younger than I am.

By this time the magazine seems to have covered children's TV and movies in every issue. The 1966 movie And Now Miguel was based on a 1953 novel by Joseph Crumgold. 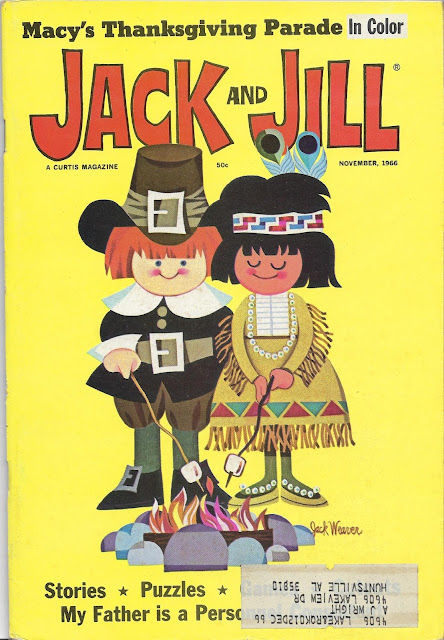 I remember watching the Macy's Thanksgiving Day parade as a kid and then a few times with our own kids. I haven't seen it in a long time, though. The parade was first held in 1924. 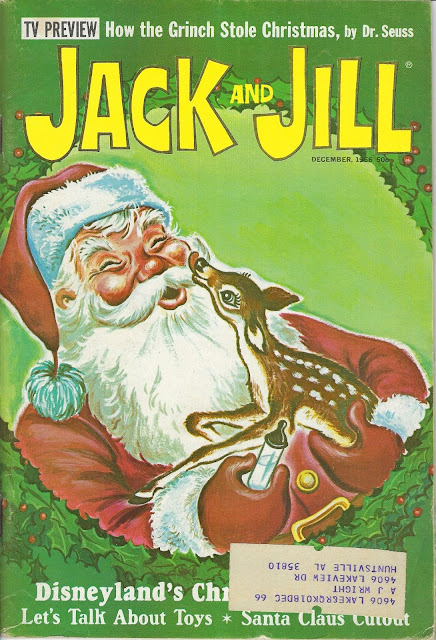 I also haven't seen the 1966 animated Grinch in a while, but we sure watched it a lot when I was a kid and then with our own kids. 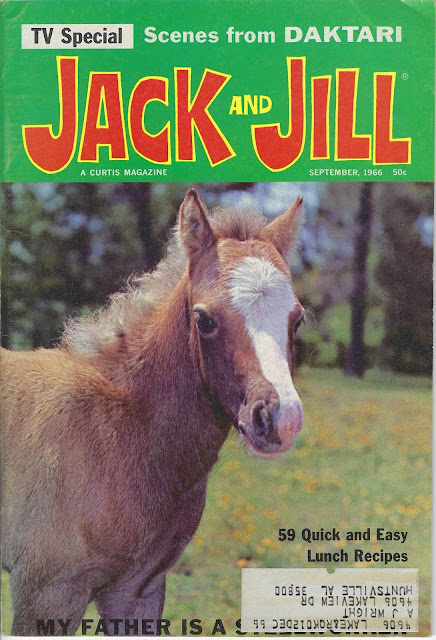 I vaguely remember the CBS television series Daktari which ran from 1966 until 1969. I also seem to remember the film upon which it's based, Clarence the Cross-Eyed Lion [1965]. Ah, those were the days.... 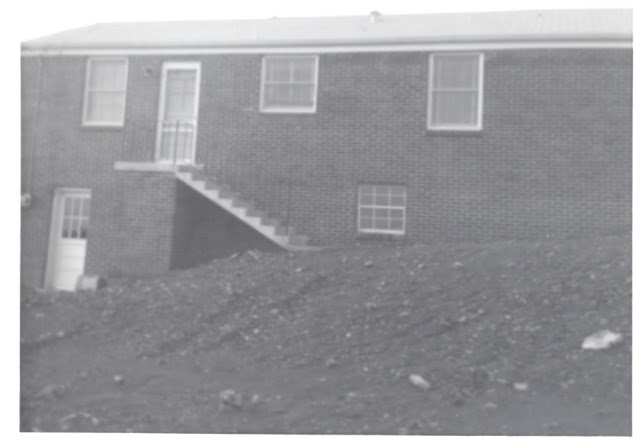 Here's the back view of that Lakeview Drive house. The door on the lower left led to the basement. Dad would later build a small room off that door for garden tools and our future beagle Duchess. That previous post I mentioned at the beginning has a photo or two of her on top of the roof. Dad would also put in a patio in this backyard. I remember doing a lot of digging and moving rocks for that thing. 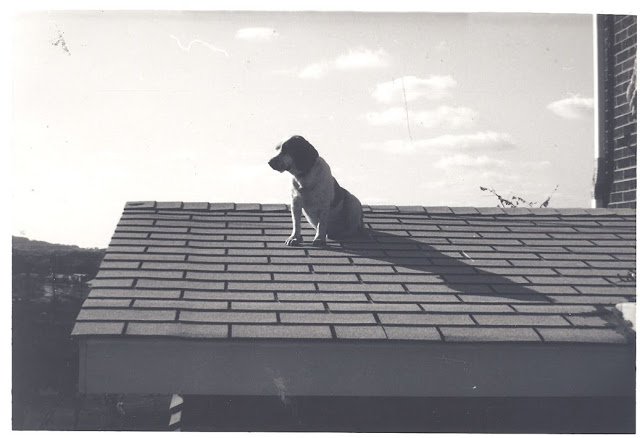 Our beagle Duchess surveys her realm

Posted by AlabamaYesterdays at 10:27 AM