Today the Lakeview district is a concentration of restaurants and entertainment venues on Birmingham's Southside near UAB. But in the late nineteenth century Lakeview was one of the Magic City's "streetcar suburbs" and developed around Lakeview Park. The 43 acres were home to a large pavilion, a baseball stadium, hotel, a theater, a lake and other amenities. The first football game between Alabama and Auburn was played there in February 1893.

The image below is a "black and white photograph of the Highland Avenue streetcar near the pavilion at Lakeview Park" according to the cited source below. In his book Yesteray's Birmngham [1975, page 44] Malcolm C. McMillan dates this picture of the electric trolley as 1895. He notes that seven years earlier, before the trolley, Richard Hawes had murdered his wife and two young daughters and dumped the bodies of the wife and one daughter in this lake and the other daughter in East Lake.

In 1903 the Birmingham Country Club was built on the Lakeview Park site. Today the course is known as the Highland Park Golf Course. 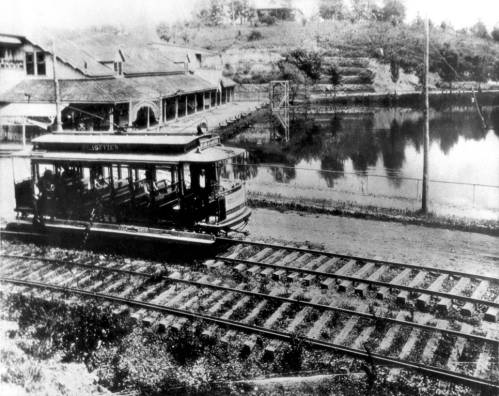 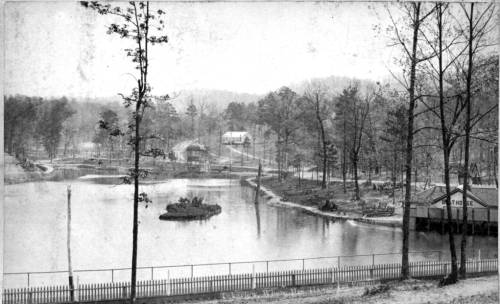