Birmingham's second city hall opened in 1901 on the site of the original one, the southeast corner of 4th Avenue North and 19th Street. By the time it was replaced by the current city hall in 1950, many tenants had occupied the building over the years in addition to city offices. The first public library operated there, and a gymnasium was available to citizens. By the 1930's retail stores had included a market, a drug store, shoe repair, cafe, music company, optician and jewelry and barber shops.

The building suffered extensive fire damage on two occasions. On April 23, 1925, the tower and the public library's collection on the fourth floor were destroyed. The other floors were not seriously damaged. The tower was not replaced; and the library reopened in 1927 in the building that now houses the Lynne-Henley Research Library containing archives, Southern history materials, and more.

A fire on June 23, 1944, also caused damage to the fourth floor that housed city comptroller and engineer offices.

The first photograph below shows the 1925 fire in progress. Other photos show the library damage and the second city hall building as it looked in 1909. From a cursory look at Google Maps, parking facilities appear to be at the location now. 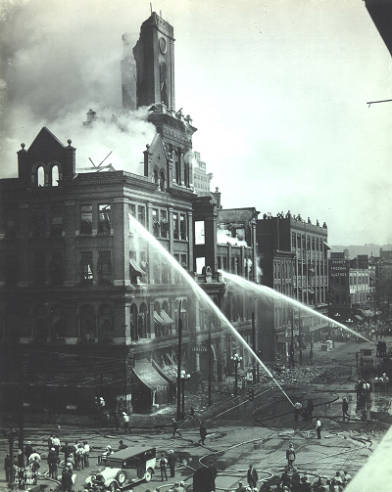 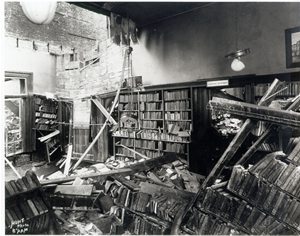 These two photos show the fourth floor library after the 1925 fire. 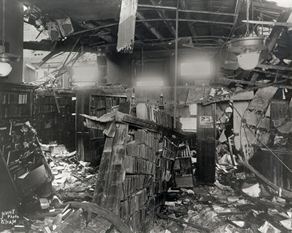 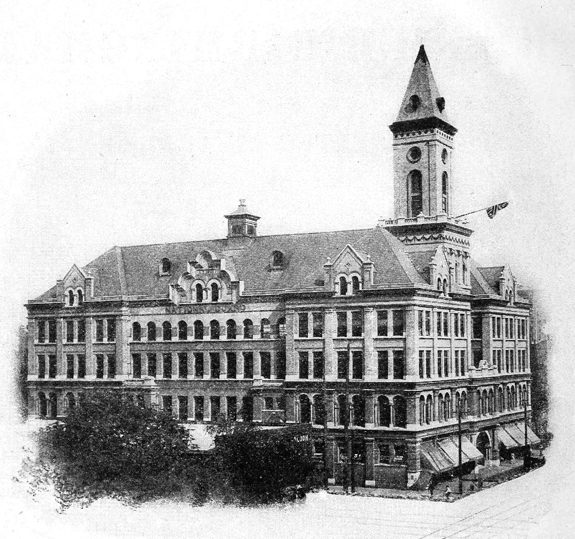 Posted by AlabamaYesterdays at 10:39 AM