I recently came across a batch of Jack and Jill magazines sent to our house during many of the years we lived on Cloverdale Drive. Mom subscribed while I was growing up and kept it going during my younger brother Richard's early years as well. She said we both enjoyed the monthly collections of stories and puzzles aimed at younger children.

The magazine, which at that time billed itself as "The Better Magazine for Boys and Girls" and by 1960 as "The Exciting Magazine for Young Boys and Girls," is still being published. Issues included fiction, stories to be read aloud, "Things to Do" such as recipes and mazes, and so on. Looking at a random issue, February 1960, I note a "Huckleberry Hound" comic based on the popular TV show. Other issues included TV-related stories on Captain Kangaroo and an upcoming Shirley Temple Christmas special.

As I was going through this fascinating material, I noticed something interesting about the address labels on some of them. For instance, the August 1958 issue shown below has us living at 142 Cloverdale; by April 1959 we were at 4220. We certainly didn't move, so what happened?

I recently asked mom about this mystery, and she suggested a possible solution. She said that some point after we moved into the neighborhood, streets were extended and houses renumbered. That would make sense, given Huntsville's explosive growth while we lived in that house. In 1950 the population of the town was just over 16,400. By 1960 it was 72, 365--an increase of more than 340%.

As the maps below indicate, the house and neighborhood are still there in northwest Huntsville. According to a couple of realty sites, the house is 1006 square feet and was built in 1955. 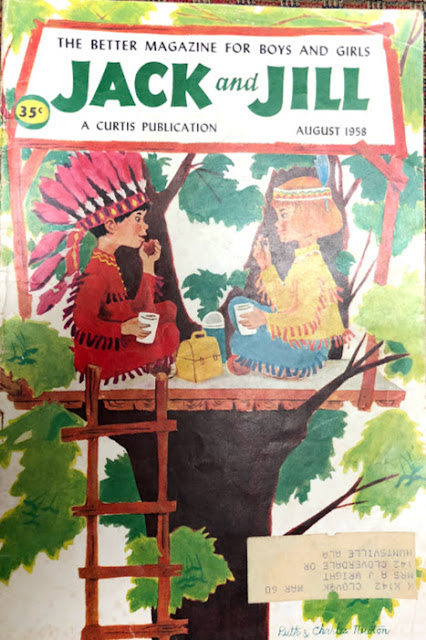 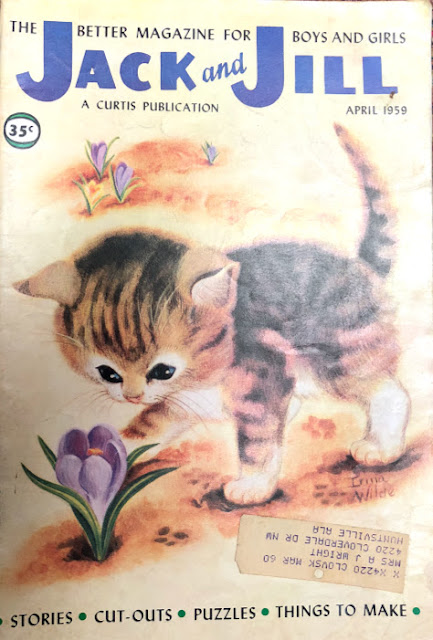 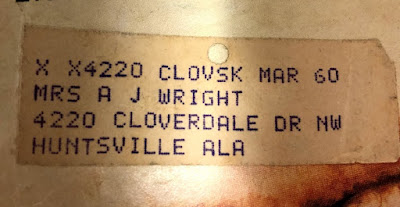 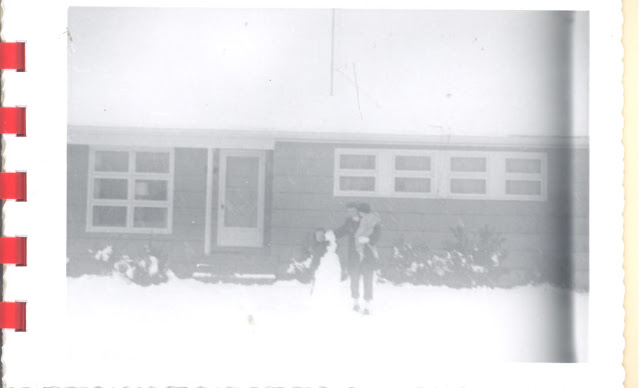 Here's a photo of the Cloverdale house in a 1958 snowstorm. 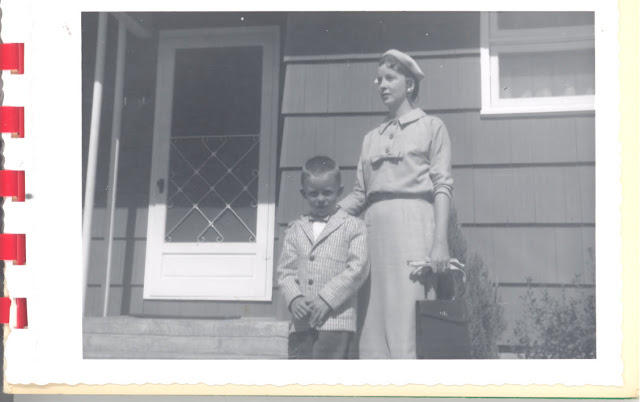 Here mom and I are standing in front of the house in 1959.