A Memory Tour of Huntsville (2)

This post is the second one describing a "memory tour" of Huntsville that my younger brother Richard and I took in July 2018. The first part is here. 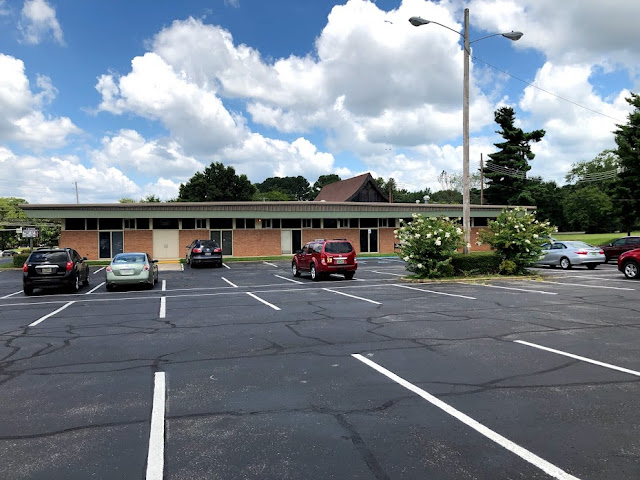 While living in Huntsville we attended Lakewood United Methodist Church on Mastin Lake Road, which is still active although smaller. The UMC listing gives the congregation size as 68 people, and the only service on Sunday is at 9 a.m. 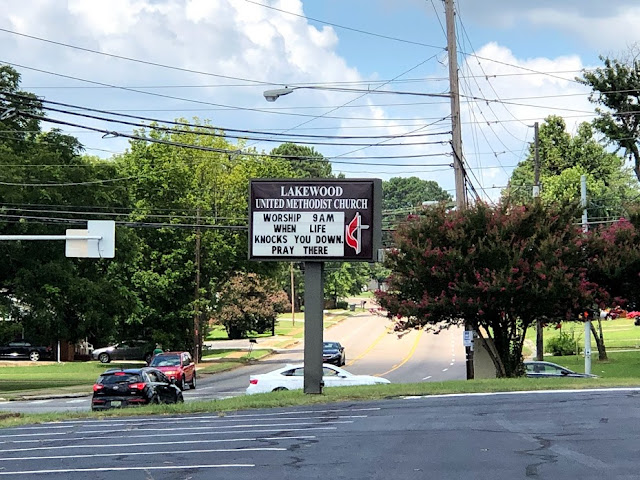 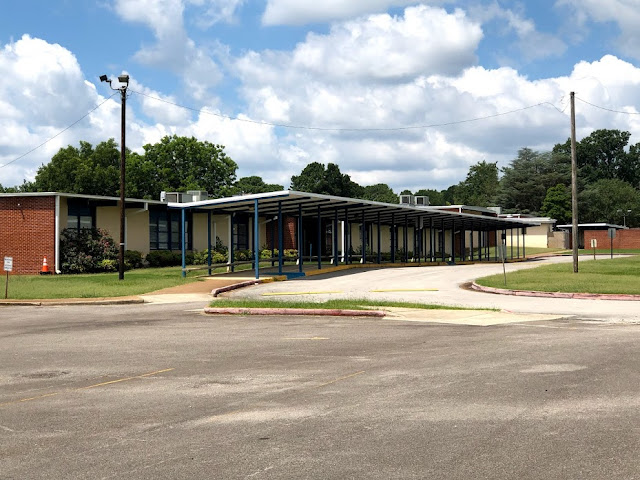 The school was called Davis Hills Junior High when I attended. In March 2014 I wrote a blog post with photos about two of my activities there. You can see them here. 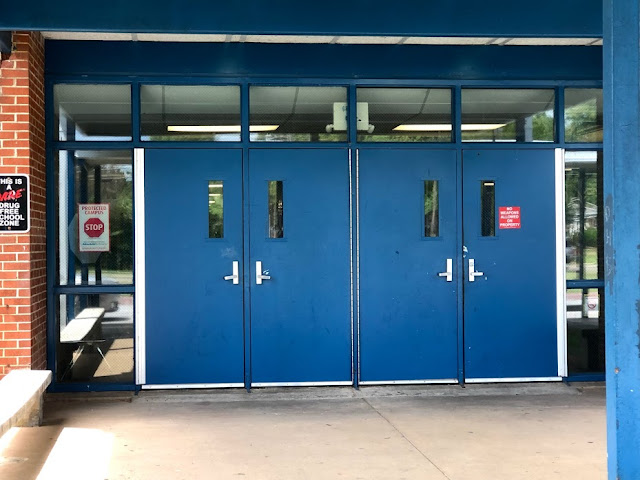 Another set of doors I walked through many times, as did younger brother Richard. 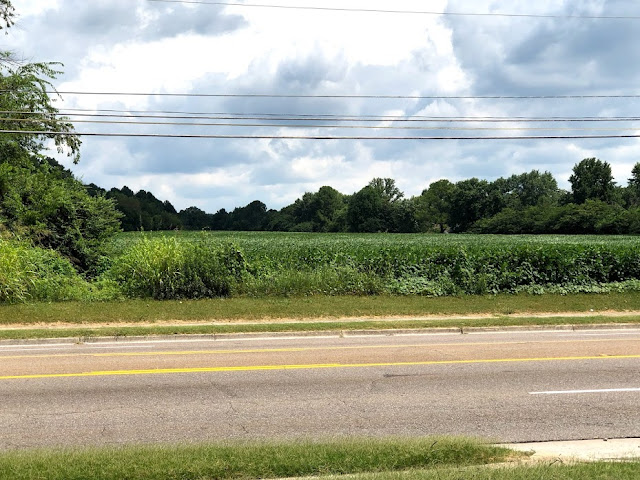 There is still a field across the street from the school. Davis Hills Middle School closed in 2016. At that time there were about 350 students in grades 6-8. The building is now used by one of Huntsville City Schools' academies. 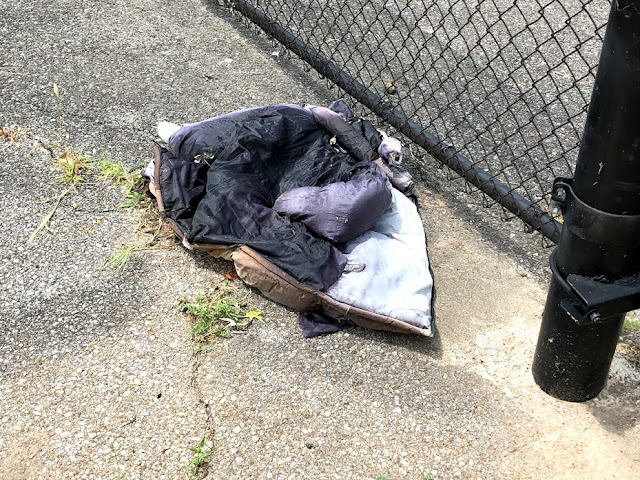 Younger brother Richard began his high school career at J.O. Johnson High School, which opened in 1972. Mom and Dad moved to southeast Huntsville, and he finished high school at the original Grissom. Johnson closed in 2016; we found the campus surrounded by chain link fencing. This coat seemed an apt symbol of the situation.

The city owns the property and intends to develop it as the Johnson Legacy Complex, a major recreation center. Nearby Jemison High School replaced Johnson. 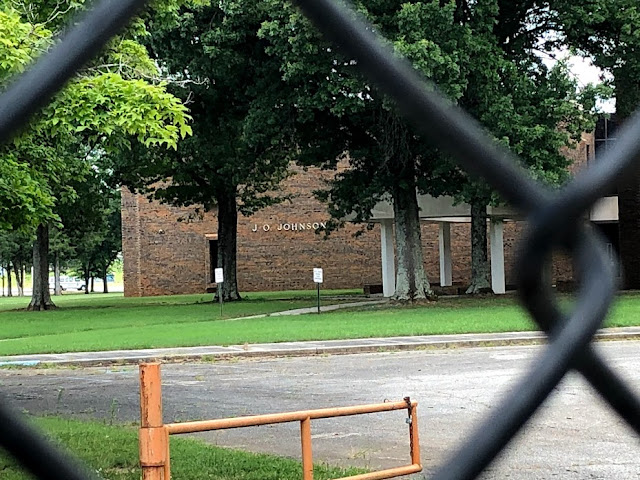 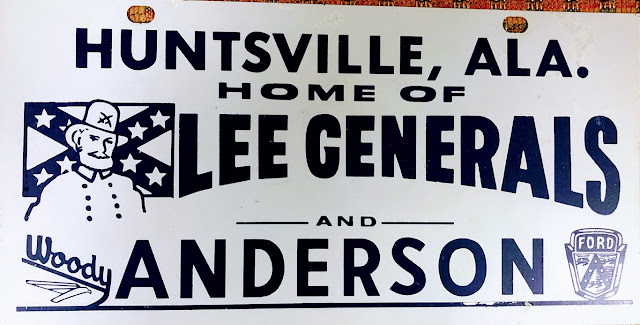 I graduated from Lee High School in 1970. The school had opened in 1957 as a junior high school, becoming a full high school for the 1963-64 year. In 2012 a new building opened on the same site; the old one was demolished. Some  photos of the new building are below, as well as a few others. You can also find a lot of history of the school at the Huntsville Rewound site. 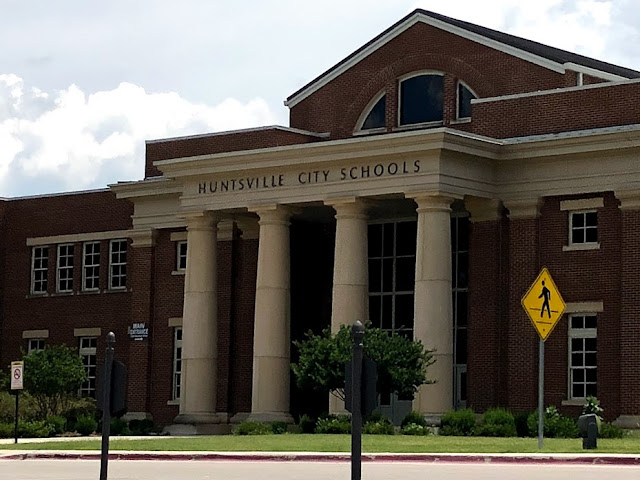 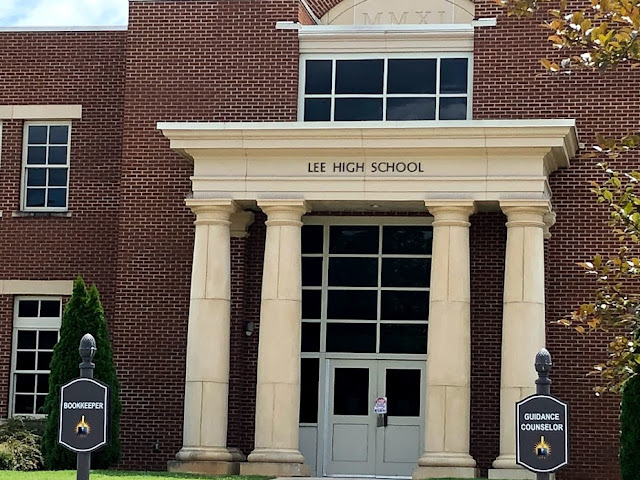 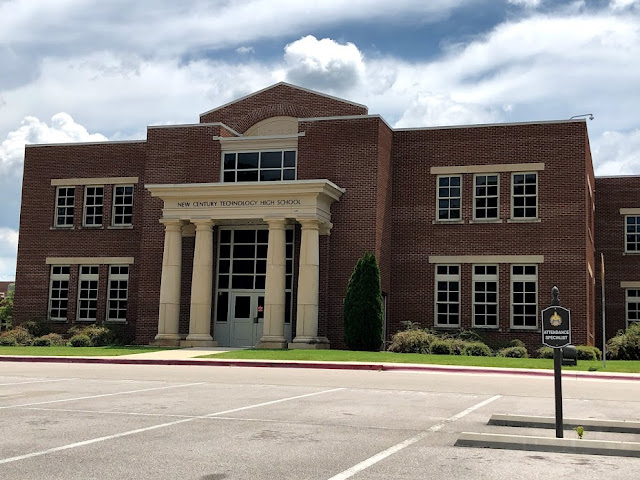 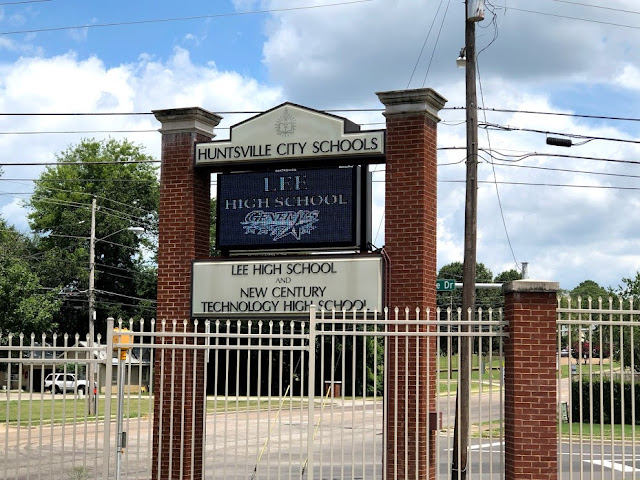 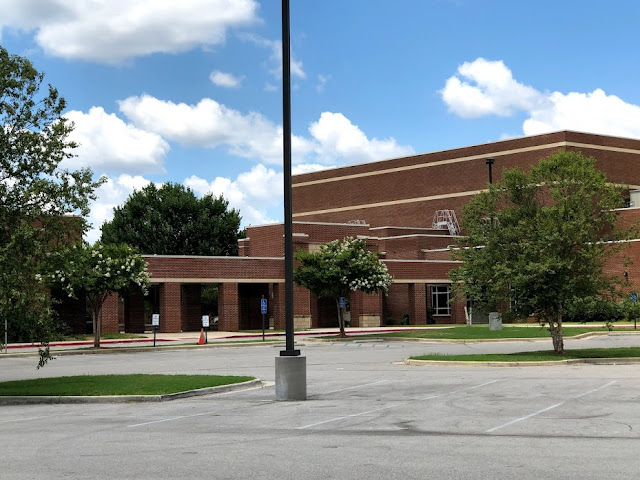 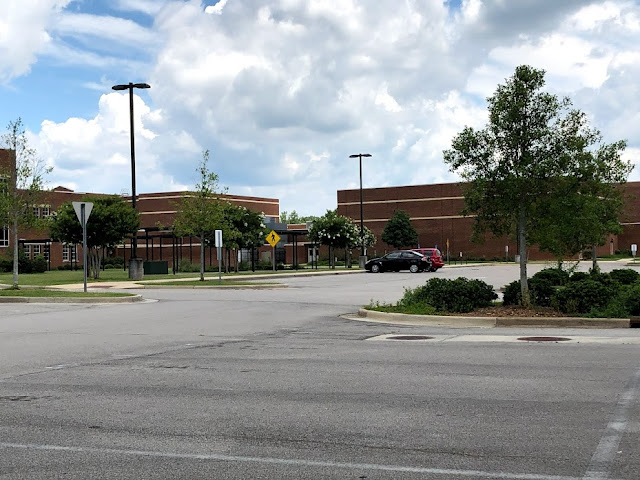 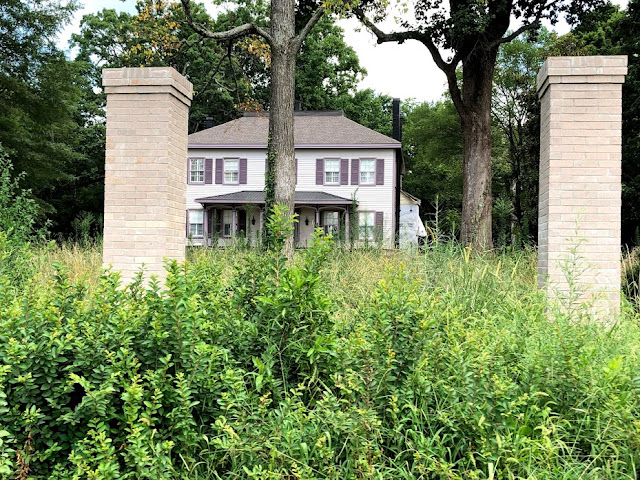 This large house on Quietdale Drive very close to the high school seemed to be undergoing rehabilitation. 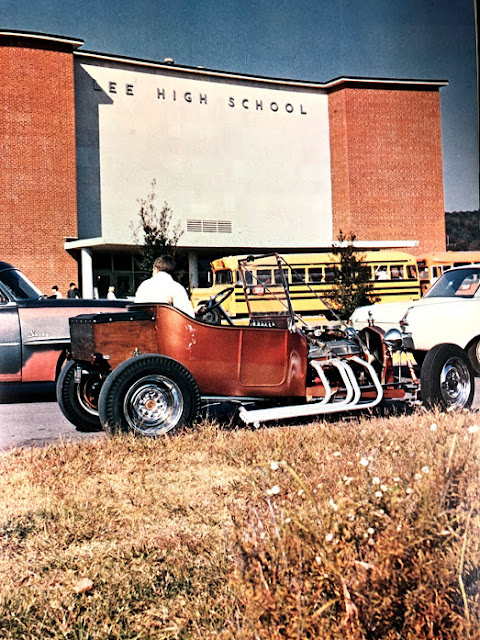 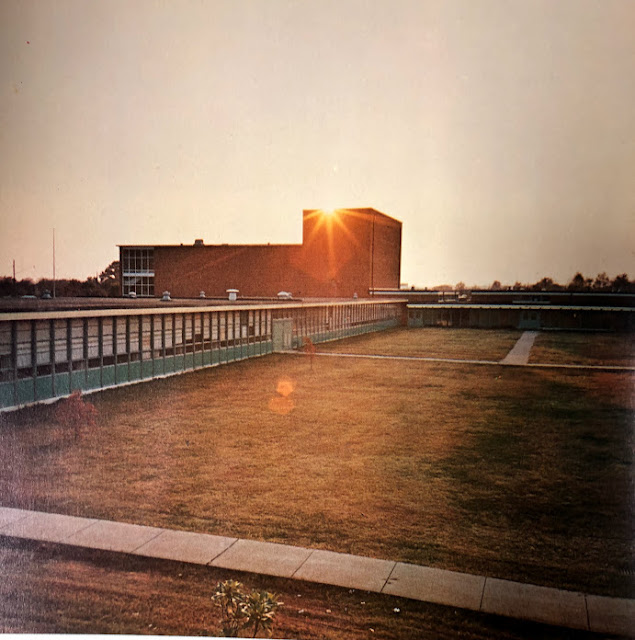 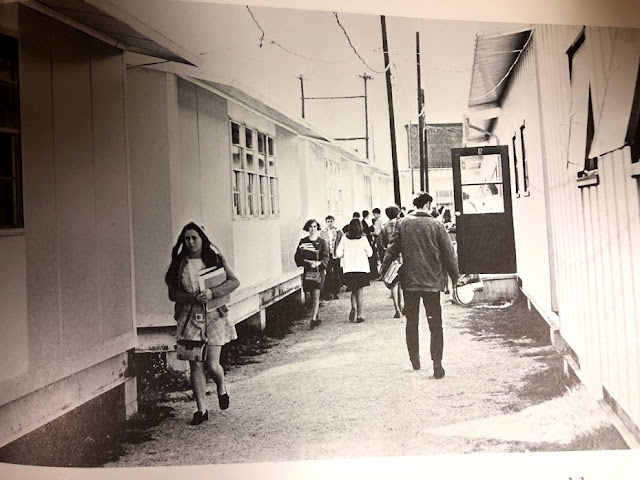 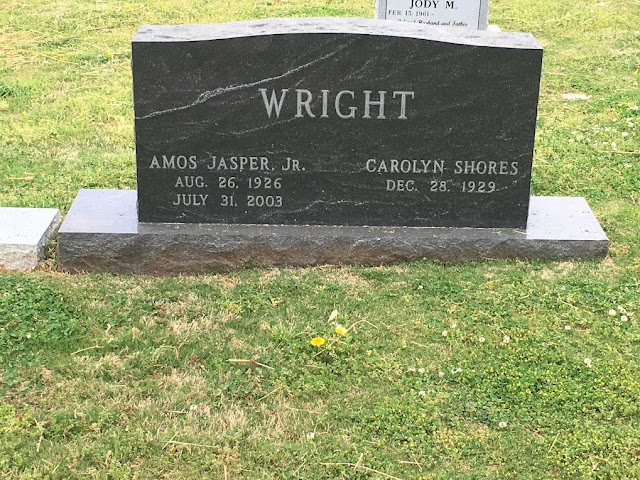 We didn't visit on this trip, but one place always in our memories is Maple Hill Cemetery. Dad is buried in the new section.

You can read about him in a such blog posts as "Dad and Alabama Archaeology" and "Dad and the USS Errol". 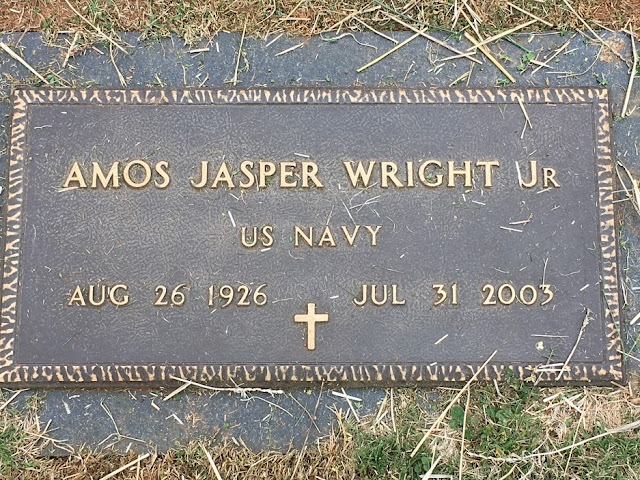