Some Alabamians in New Orleans (2)

We spent Christmas 2018 with our son Amos in New Orleans, driving down on Friday, December 21 and returning home to Pelham on December 26. As with our previous trip in March, we had a great time. See below for all the details.

And in part 3 there is even some Alabama history! 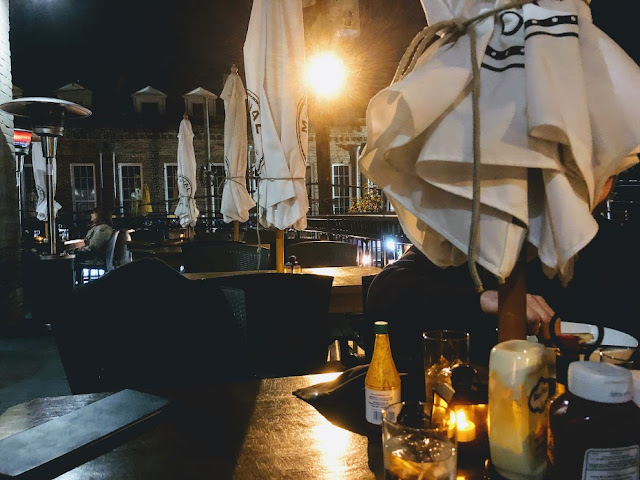 On Friday night we had dinner at Gris-Gris on the balcony above Magazine Street. The view was great and so was the shrimp and grits! 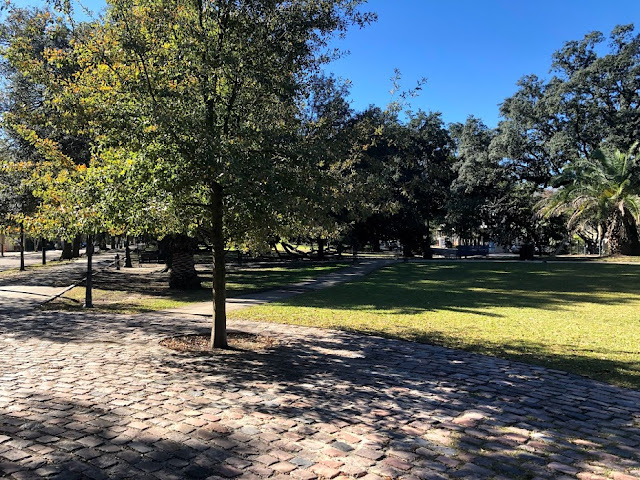 New Orleans has a lot of green space and great old houses. 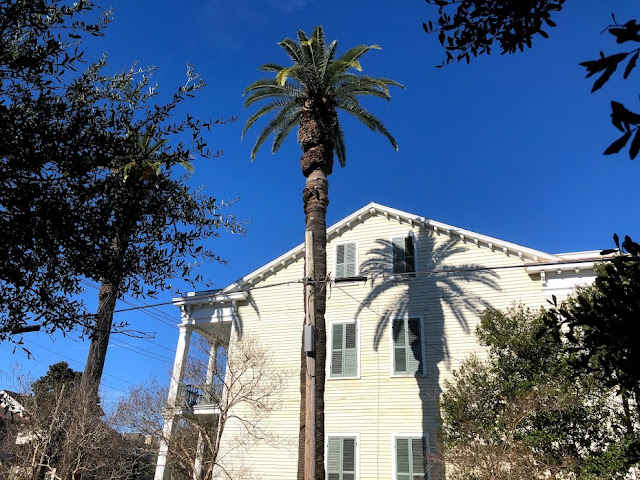 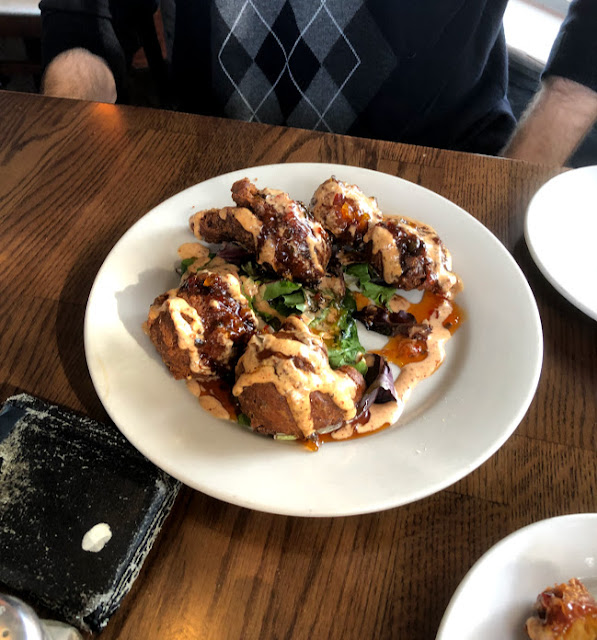 We had lunch Saturday at Mr. Ed's Oyster Bar and Fish House on St. Charles and started with some delicious crawfish beignets. 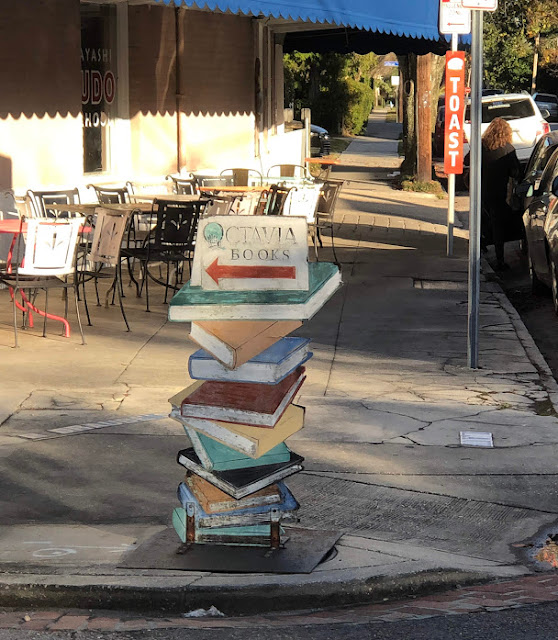 On Saturday afternoon we made it to Octavia Books, one of several independent bookstores in New Orleans. 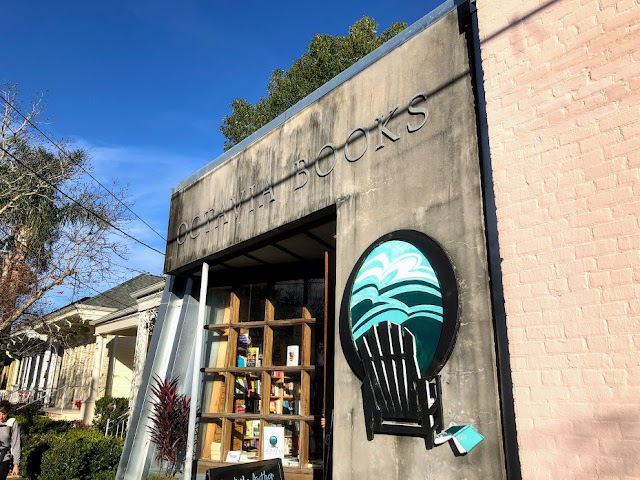 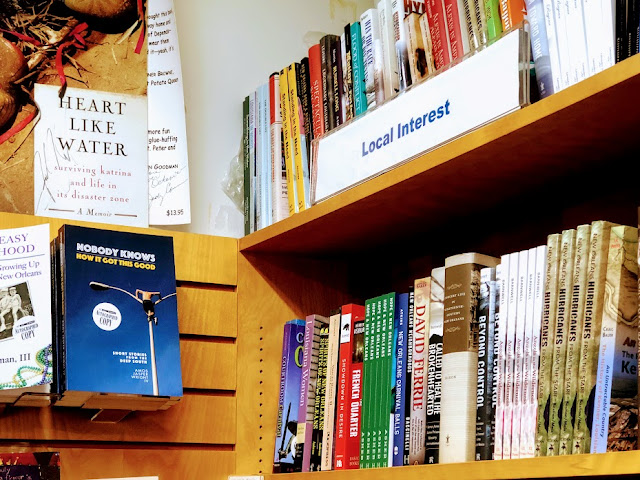 We are always up for bookstore visits, but this place had Amos' new book of short stories on display. 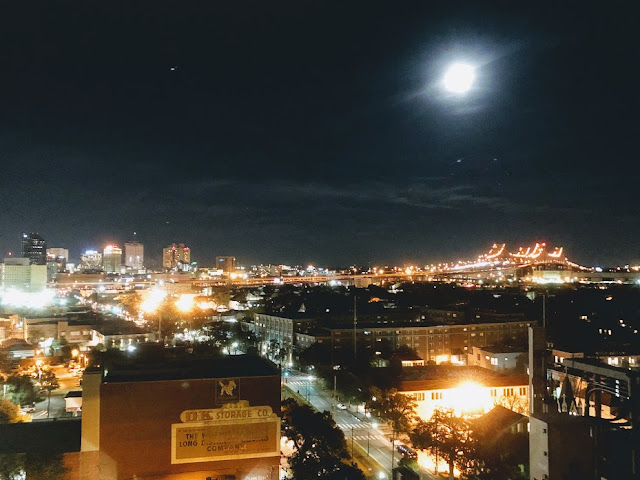 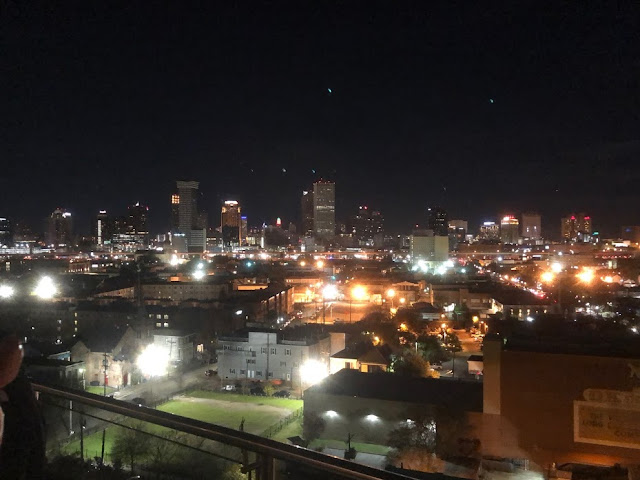 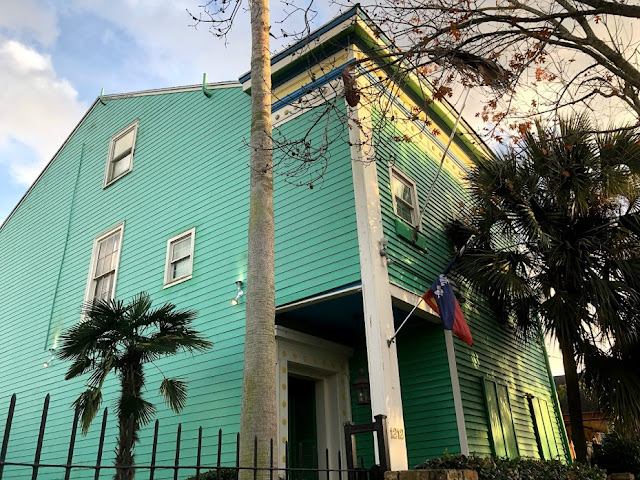 Dianne and I stayed at the Green House Inn for this Christmas visit. Conveniently, there was a coffee house next door, a bar across the street, and a craft brewery right around the corner. 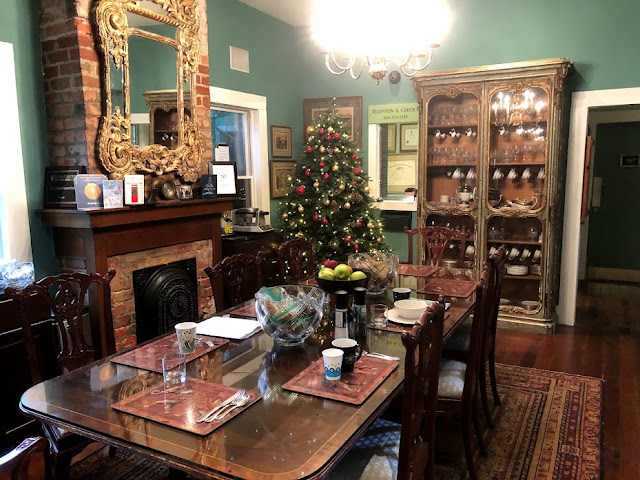 The dining room was festively decorated for Christmas. 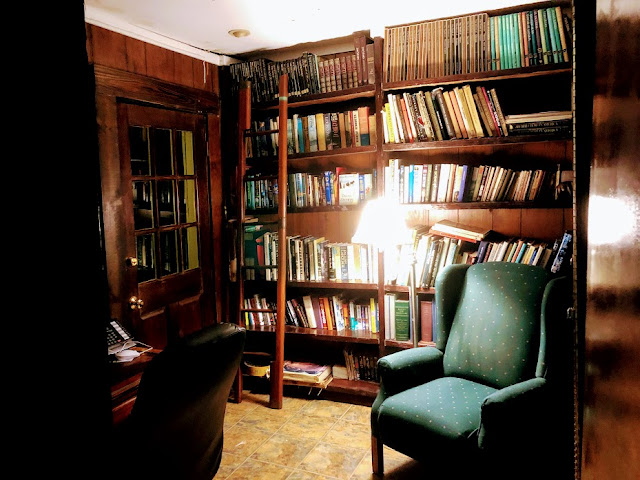 Up on the second floor is a nice library/reading room that we passed  on the way to our room. Amos and I spent a little time examining the shelves and wished we had time for more. We learned the collection was the owner's. 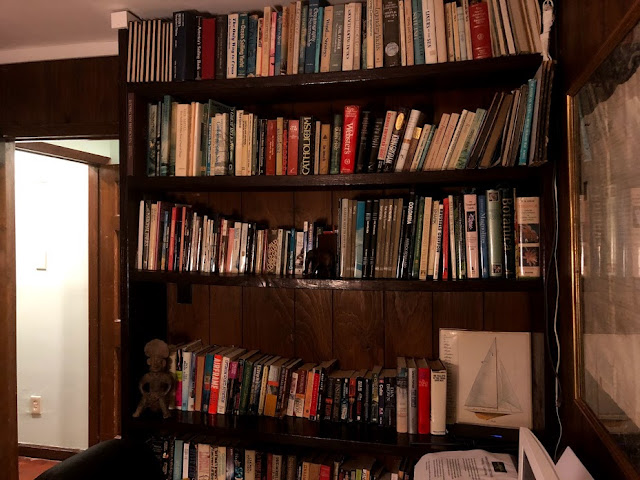 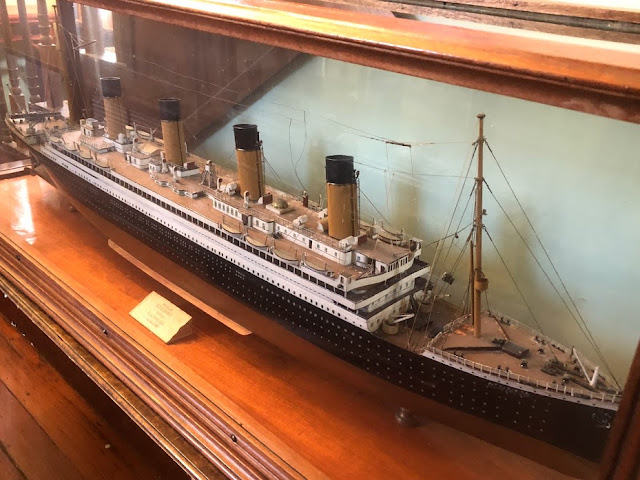 We also passed this large model on the way to our room. The small plaque reads, "Model of R.M.S. Olympic built by R.S. Anderson Wallsend 1912."

The Olympic was an ocean liner of the White Star line that operated between 1911 and 1935, including a stint as a troop transport in World War I. The ship was sold for scrap and demolished by 1937.

I was unable to find anything about Anderson. Wallsend is a town in northeastern England. 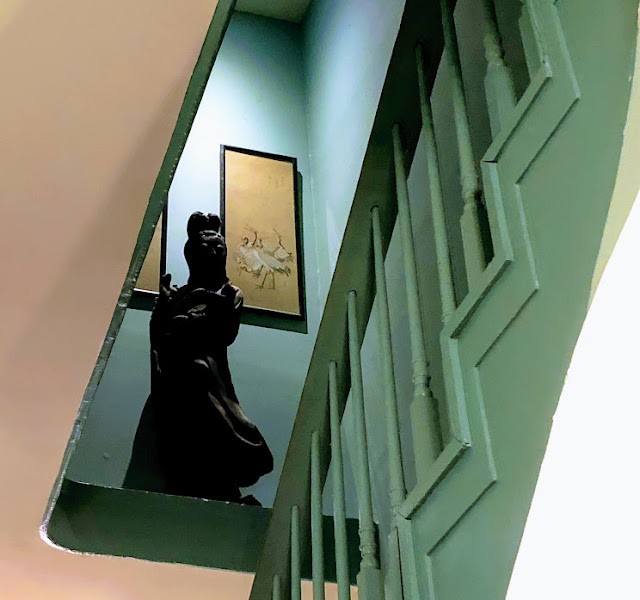 The Green House has a number of interesting decorative touches, including on the stairway landing. Large paintings of sailing ship are also hung in several places.