A Visit to the Dauphin Island Area (1)

OK, just what is this "Dauphin" thing, anyway?

From 1350 to 1791 and 1824 to 1830 this term described the heir apparent to the throne of France. The family's coat of arms featured a dolphin, which in French is "dauphin". That's a very simplified version of the French royal history; you can read a much more detailed version on Wikipedia.

Over the years Dauphin Island has been occupied by Native American, Spanish, French, British, American and Confederate populations. The island has a long, fascinating history that began more than 500 years ago with frequent Native American visits. Spanish mapped the island around 1519 and named it Isla de San Feliz. The French, who arrived in the late 17th century, called it Ile du Massacre since they found dozens of skeletons there. U.S. forces seized the island from Spain in 1813, and the British held it briefly in 1815. Dauphin Island became part of the Alabama Territory upon its creation in 1817.

Today the island is mostly a vacation haven and target for hurricanes. Since 1979 Frederick, Elena, Danny, Georges, Ivan and Katrina have all done serious damage on the island.

Sometime years ago when the kids were young, and we were visiting Gulf Shores, Dianne, the kids and I took the ferry from Fort Morgan and spent some time on the island. Recently my brother Richard and his wife Lucy have bought an interest in a house on the island and invited Dianne and I to come visit. Our son Amos joined us from Baton Rouge. This post and three that follow cover some of the sights from that long weekend.

I've included two historical photos and a map at the end. 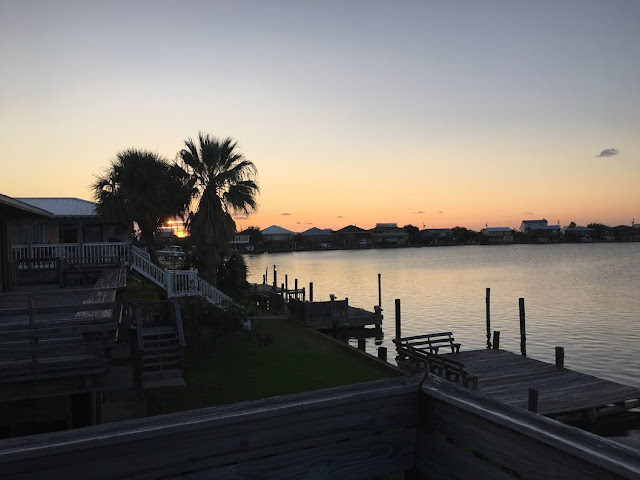 Here's the first sunset from the deck of their house on Lafitte Bay. 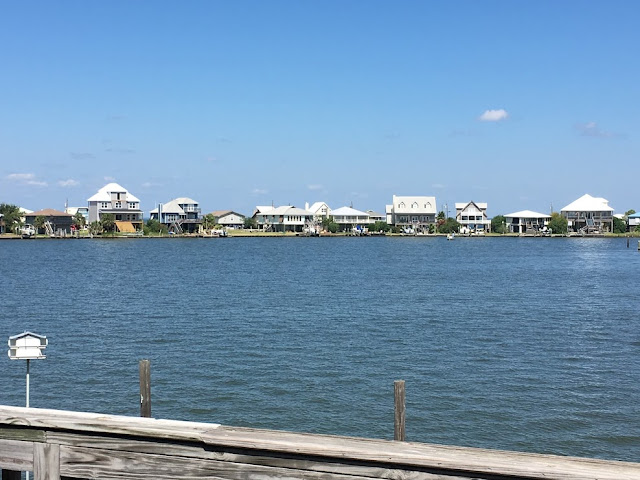 Here's the view bright and early next morning. 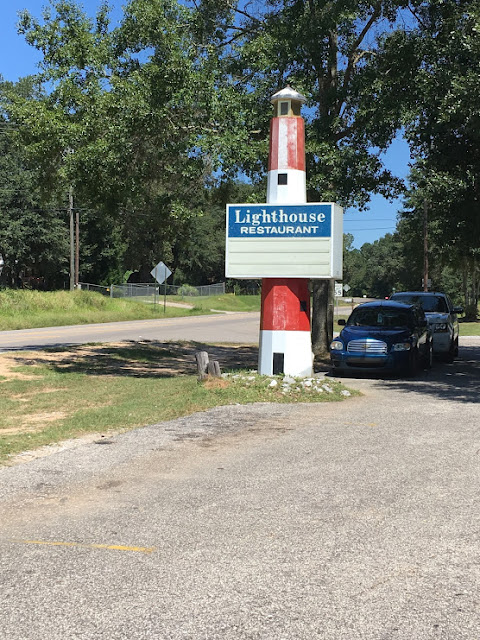 We had an excellent lunch at this popular place back on the mainland. The restaurant is located in Irvington just past Bayou La Batre. 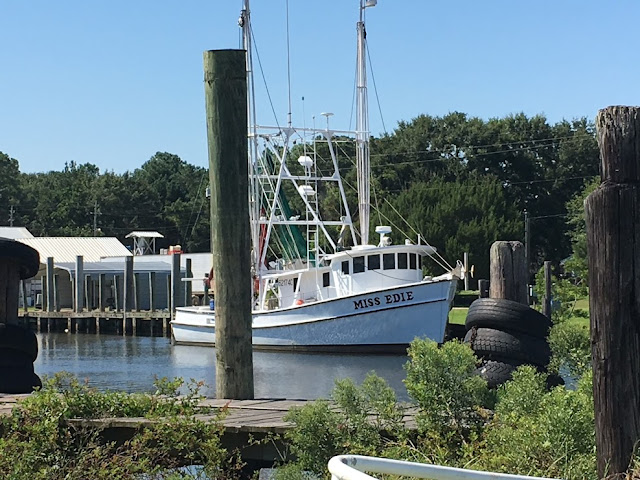 Today Bayou La Batre is primarily a fishing town. Its origins go back to a 1786 land grant from the Spanish to a French settler. In 1811 the town became part of the United States, and by the 1830's had its own hotel. Because of its location on the water, tourism developed after the Civil War. 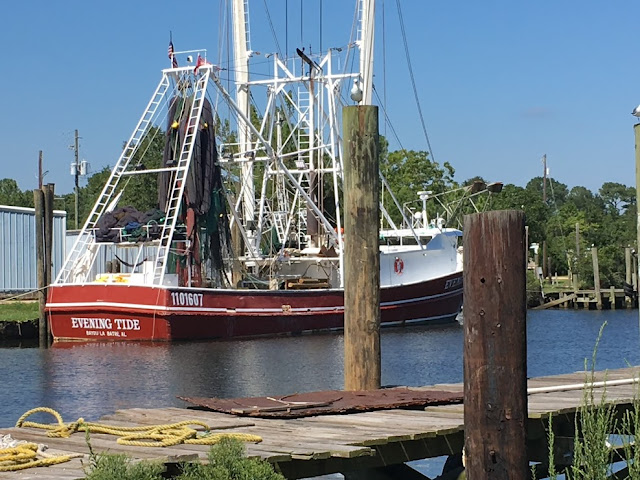 A hurricane in 1906 devastated the town and its tourism. By the 1920's the seafood industry and later shipbuilding became the economic mainstays. In the late 1970's immigrants from Vietnam, Cambodia and Laos added significantly to the local cultural mix. An episode of the Alabama Public Television program Journey Proud explores these changes over the recent decades. 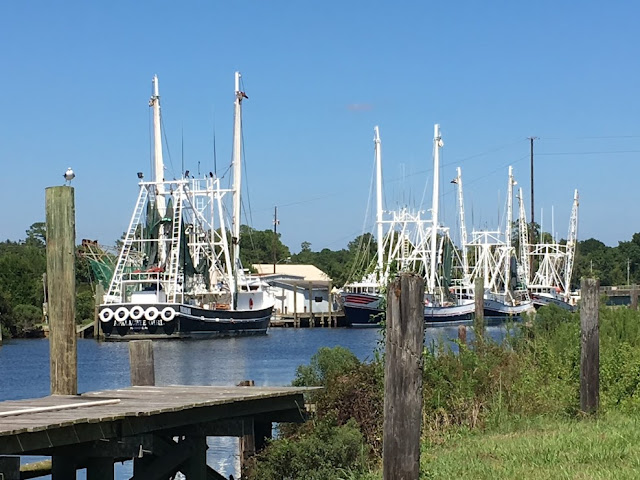 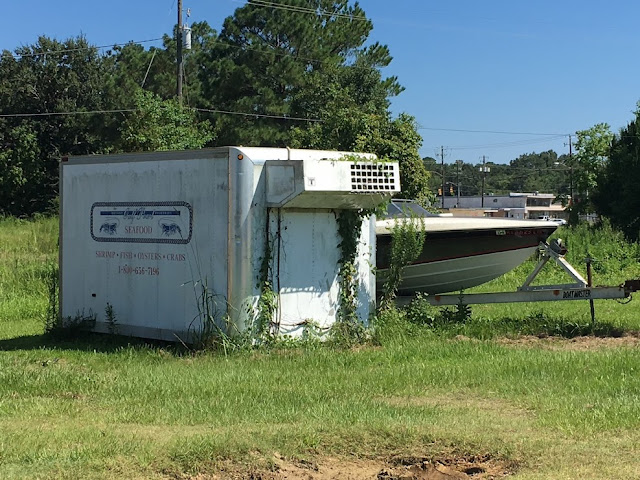 Abandoned structures and boats are frequent sights in the Bayou La Batre area. 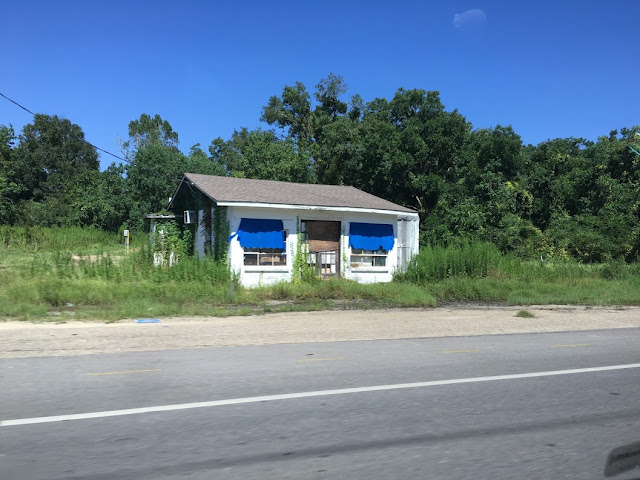 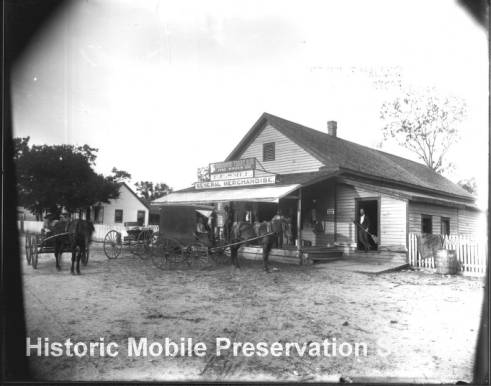 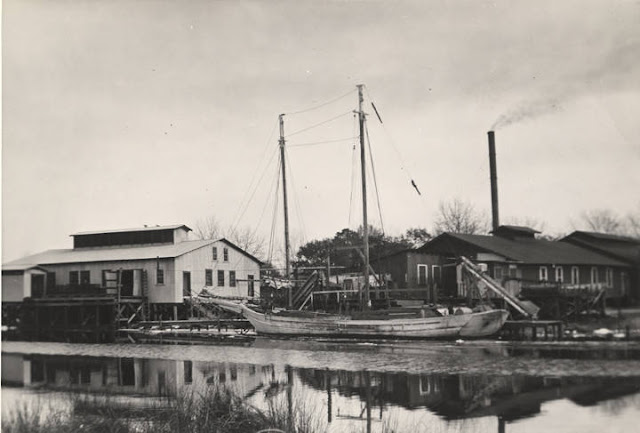 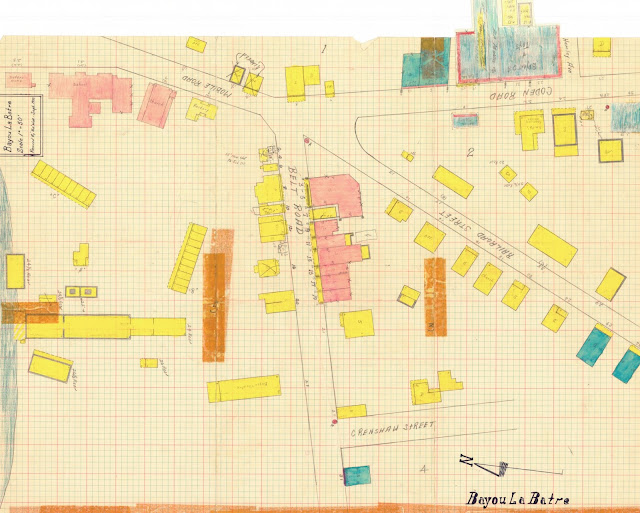 Posted by AlabamaYesterdays at 8:56 AM