A Visit to the Dauphin Island Area (4)

This post is the final one in a four-part series about our recent trip to Dauphin Island. Our hosts were my sister-in-law Lucy and brother Richard. Son Amos joined us from Baton Rouge. Some comments are below.

Part one is here; part two is here; and part three is here. 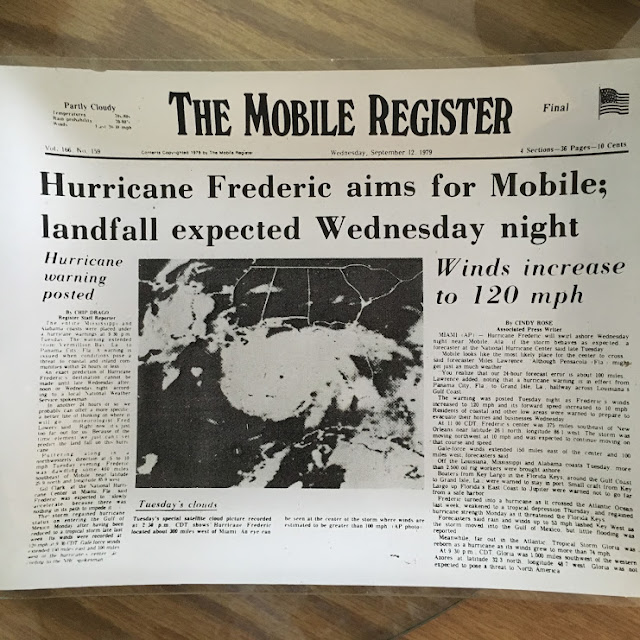 The area's history of hurricanes is visible in all kinds of ways. 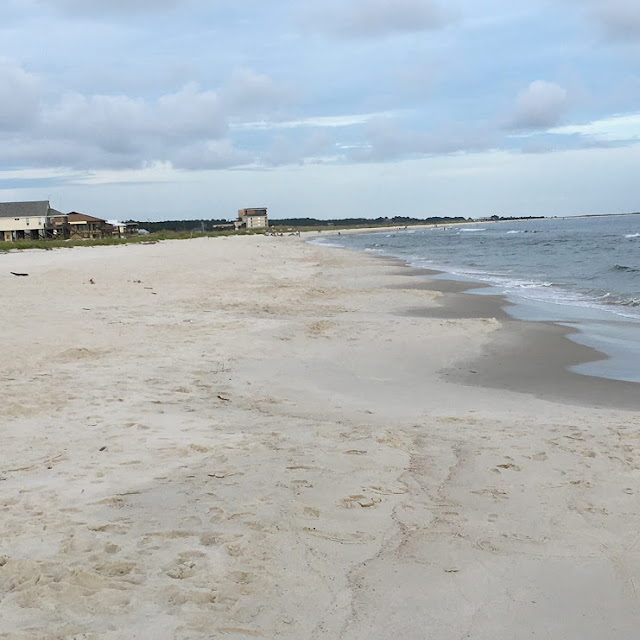 Gulf side beaches are one of the glorious sights on the island. 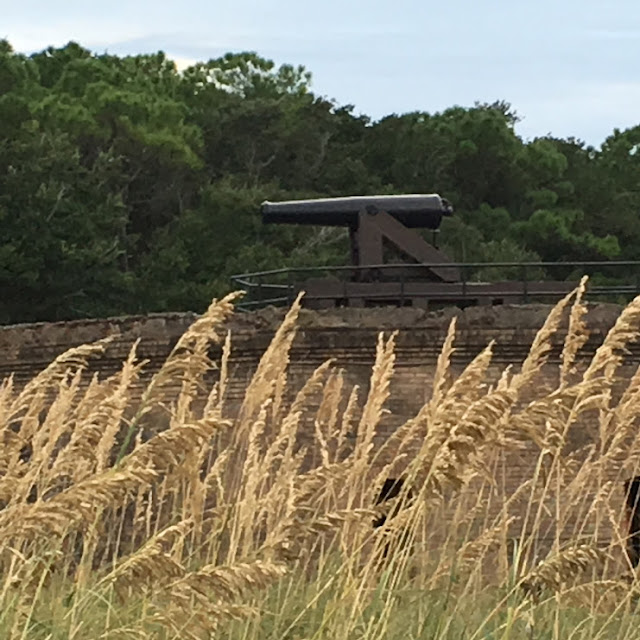 One of the cannons at Fort Gaines, established on the island in 1821. The fort played a prominent role in the Battle of Mobile Bay in August 1864. 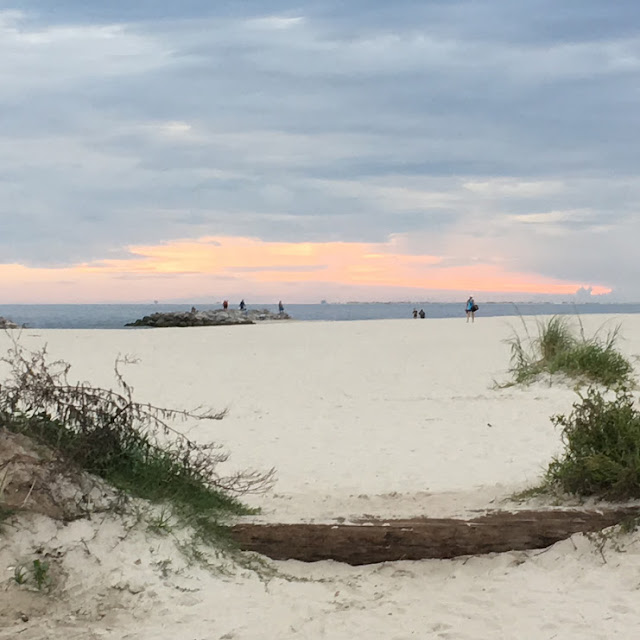 Sunset from Fort Gaines can be another natural wonder of the island. 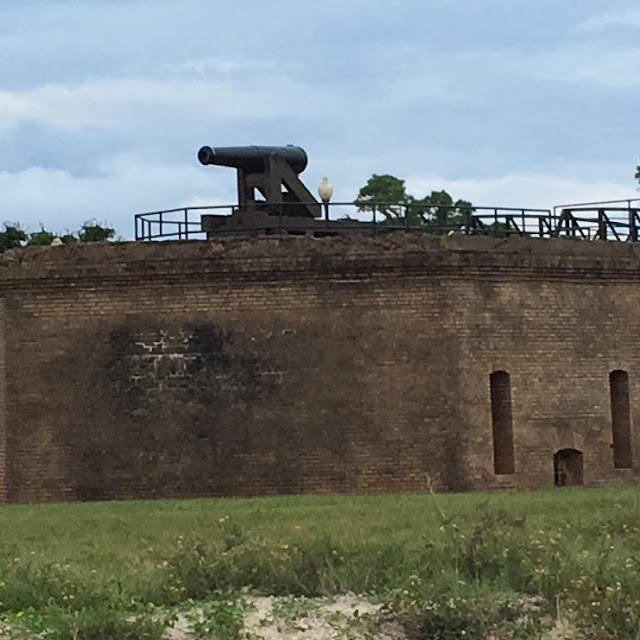 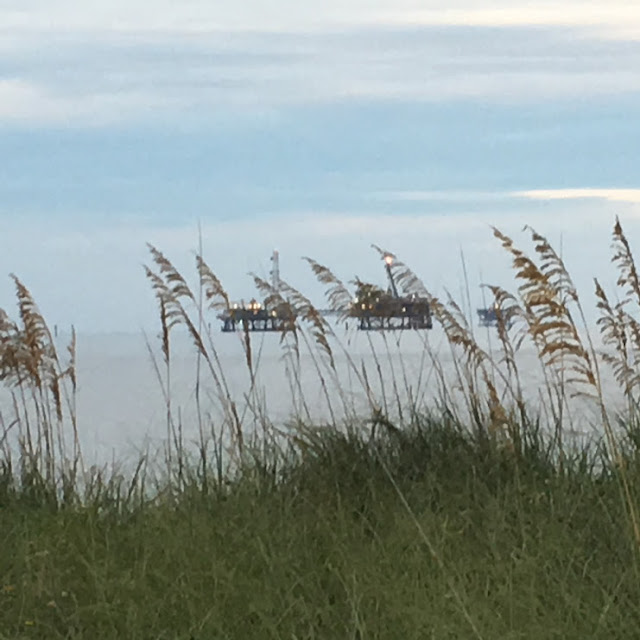 Also visible from Dauphin Island are some of the oil rigs in the Gulf. 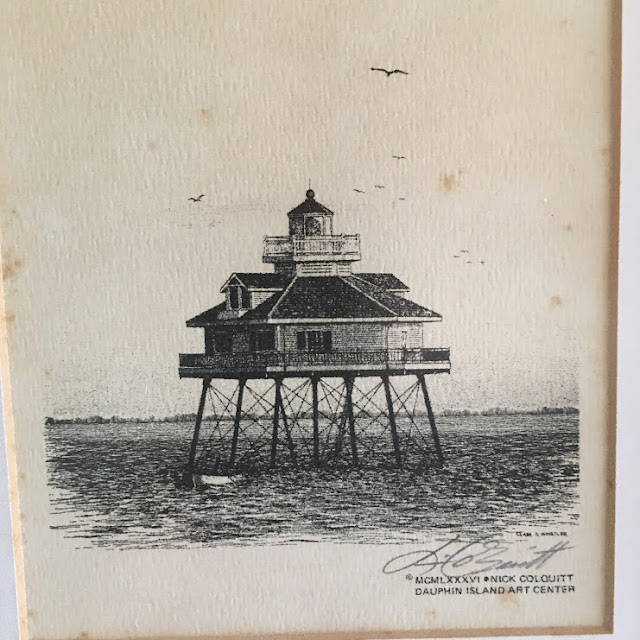 Lucy & Richard's house has this drawing that features the Middle Bay Lighthouse. Activated in 1885, the lighthouse was taken out of service in 1967 but still stands in the Bay. The structure is one of five lighthouses that have operated in Alabama. 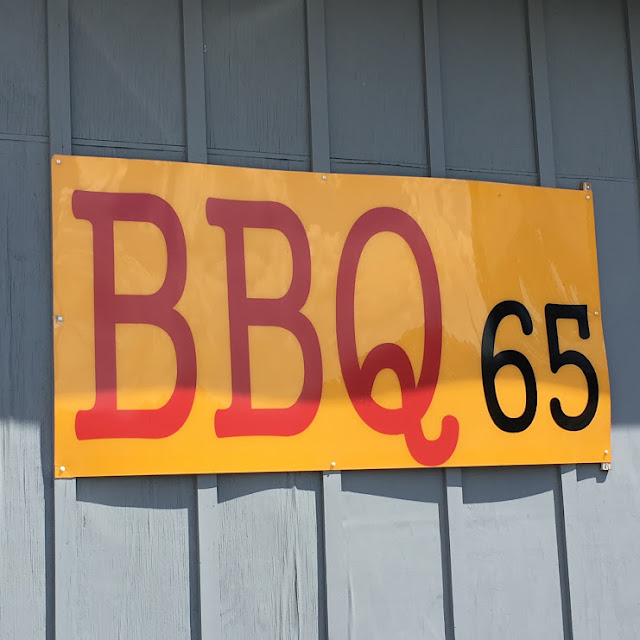 A frequent pleasure of our trips to the Mobile area is a stop for lunch at this establishment at one of the Greenville interstate exits.

Posted by AlabamaYesterdays at 6:16 AM