A Visit to the Dauphin Island Area (3)

This post is the third of four describing a recent trip Dianne and I made to Dauphin Island to stay with my brother Richard and his wife Lucy. Son Amos joined us from Baton Rouge. Comments are below.

The first post can be found here, the second one here and part four here. 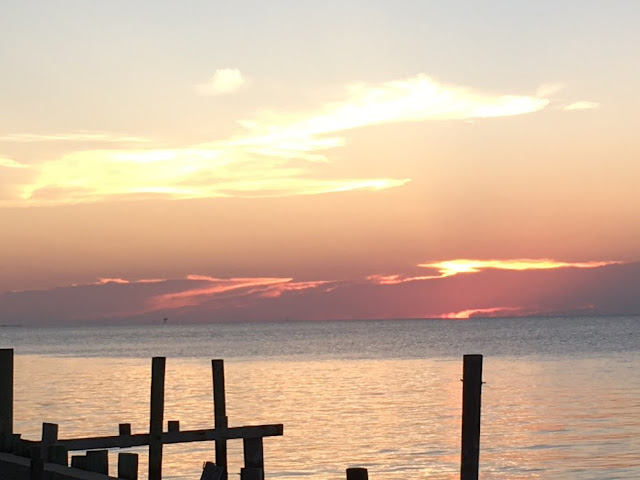 Friday's sunset on the Gulf side of the island was worth a viewing. 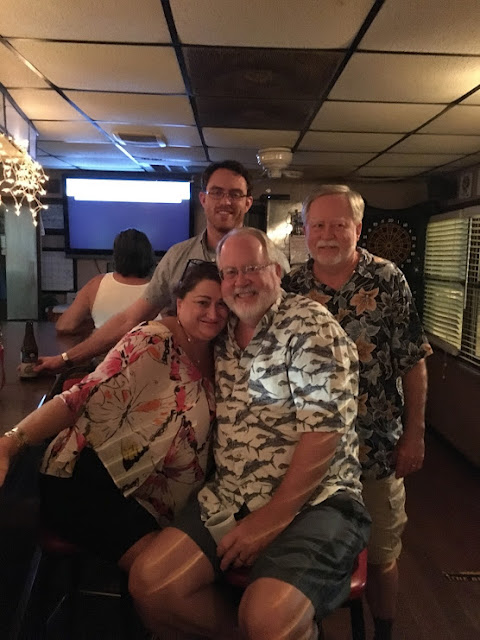 On Friday night after Amos arrived from Baton Rouge we headed out in search of some adult beverages. Dianne took this photo. 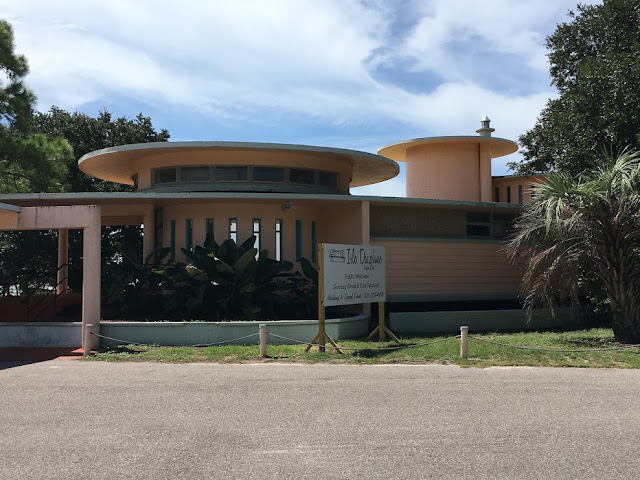 On Saturday Dianne, Amos and I had a nice lunch at the Pirates Bar & Grill at the Isle Dauphin Club. 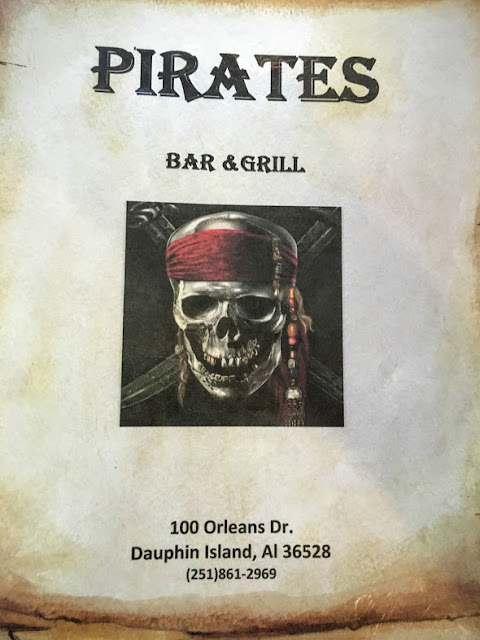 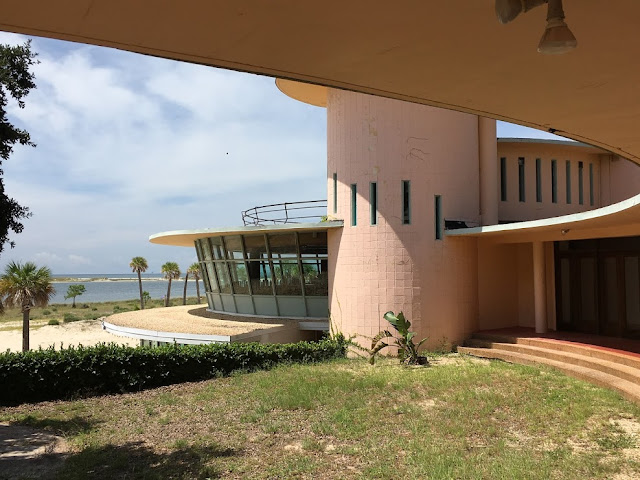 Built in the late 1950's, the club is one of Dauphin Island's architectural standouts. Son Amos, the urban planner, noted right away that it looked like an example of "googie" architecture. That style of "space age" or "atomic age" building began in southern California in the late 1940's and lasted into the mid-1960's. Many motels, gas stations, coffee shops and other structures were influenced by the style, which was named after a west Hollywood coffee shop called Googies. 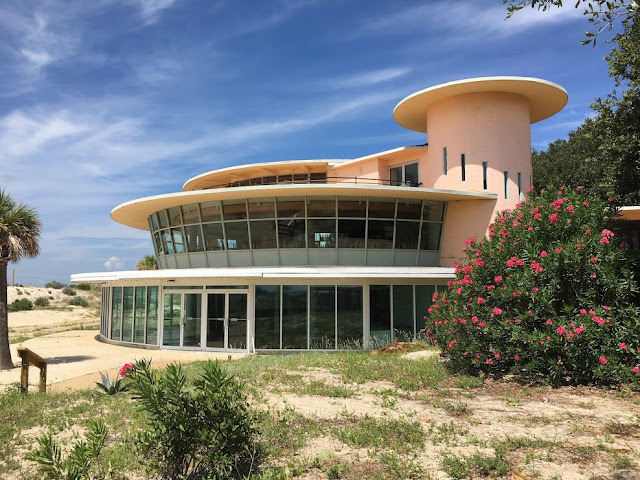 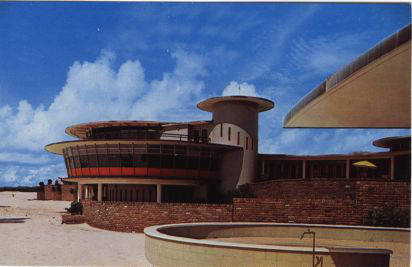 This postcard shows the club in the 1960's.
Source: Troy University Library

There's a very nice view of the water from the club. 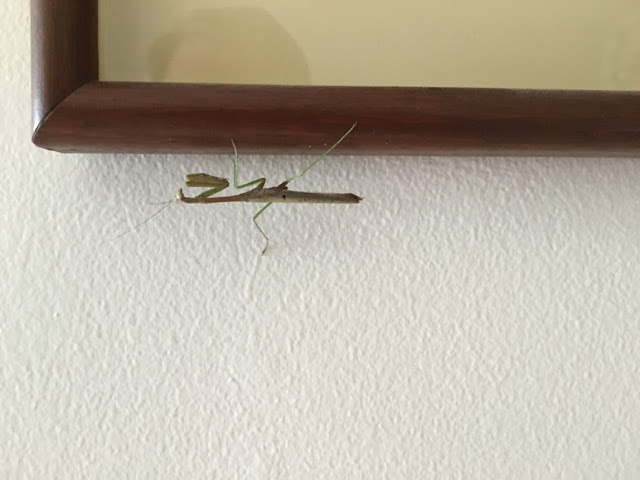 Here's a friend who spent most of the weekend hanging around the house with us. 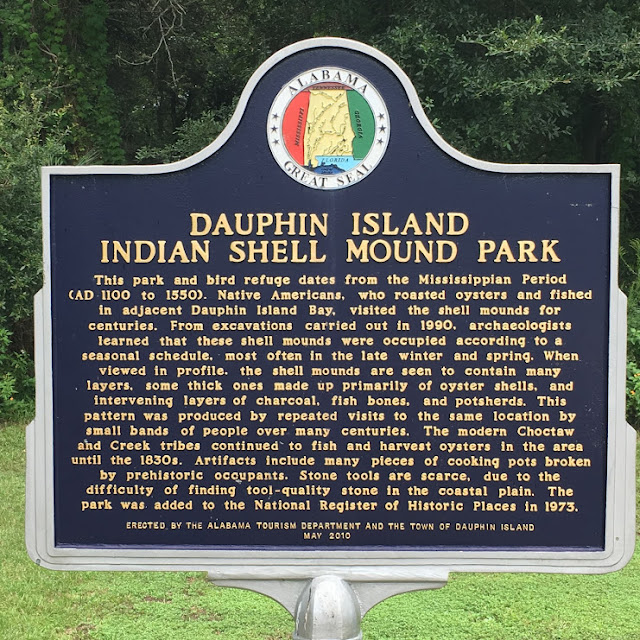 The Indian Shell Mound is the oldest sign of man on the island and has survived all the hurricanes. The area is now a small park with a trail, benches and some photographic trees. 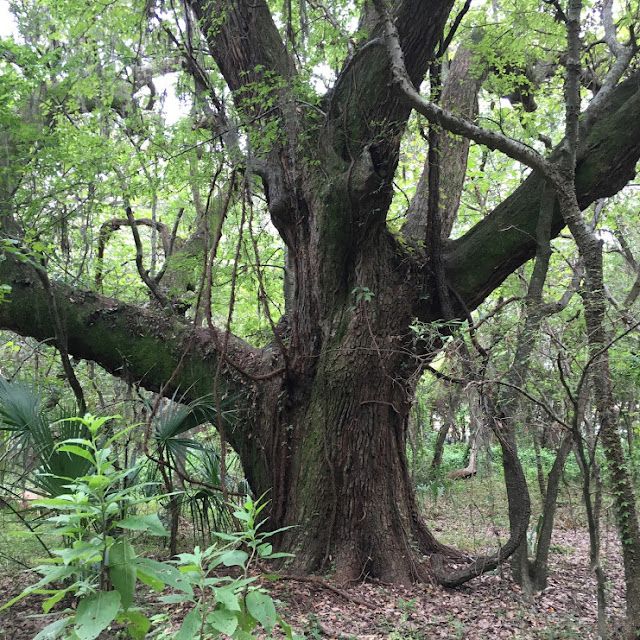 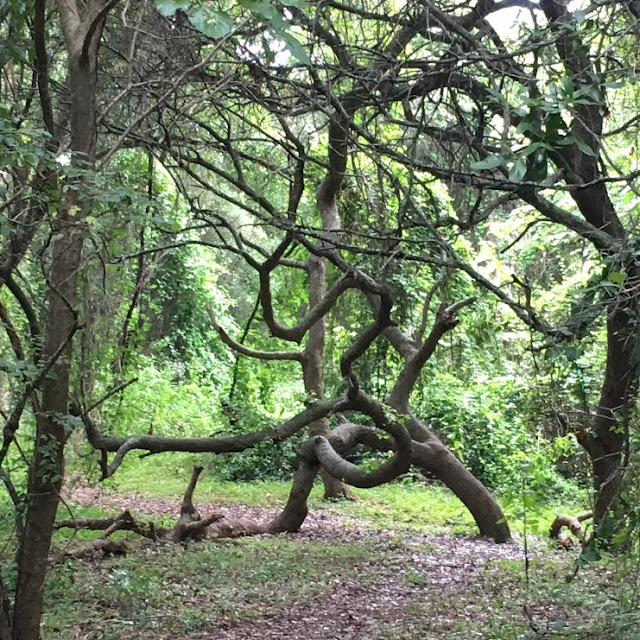 Posted by AlabamaYesterdays at 10:09 AM