A Quick Visit to Montgomery (2)

In August 2012 son Amos and I made a trip to Montgomery to see some historical sites. Along the way, as I've covered in previous blogs, we happened upon a great Alabama ruin, the Clanton Drive-In, and made a trip through Tuskegee on the way back. This post is the second of three devoted to Montgomery. Part one can be found here and part three here.

Downtown Montgomery was quiet that day, since the legislature was not in session.

Comments are below some of the photographs. 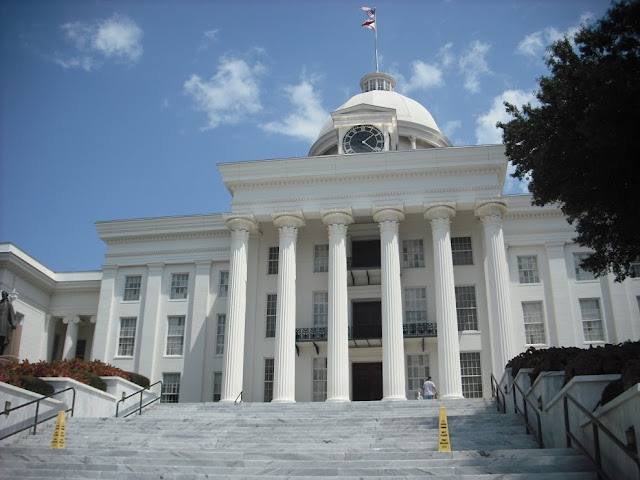 The front steps and entrance of the Alabama State Capitol at the end of Dexter Avenue. This Greek Revival building was constructed in 1851 on the foundation of the previous capitol, which had burned. The side and rear wings were constructed later.

All three branches of government were located here until 1940, when the Supreme Court moved to its own building on Dexter Avenue. The state legislature met here until moving to new quarters at the State House in 1985. The governor's offices remain here.

The Alabama Department of Archives and History has a number of historical photographs of the capitol in its digital collections. 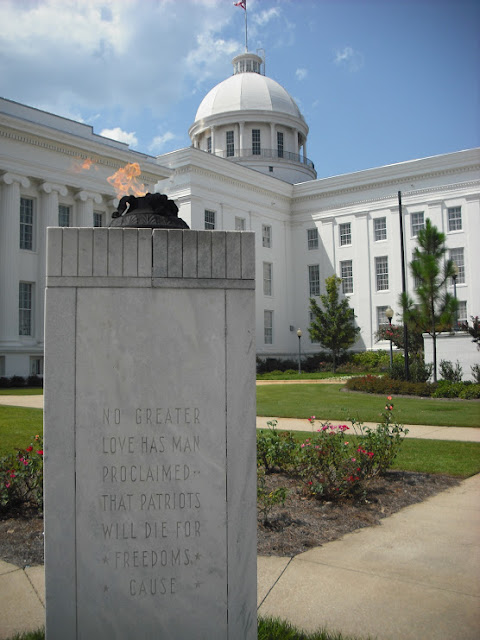 These are two backside photos of the Alabama State House. 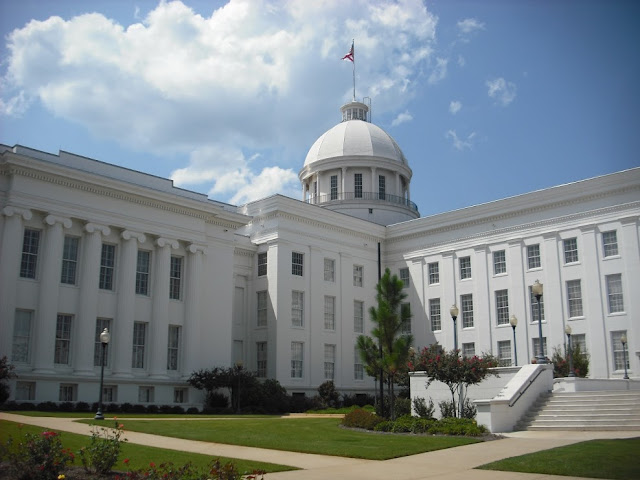 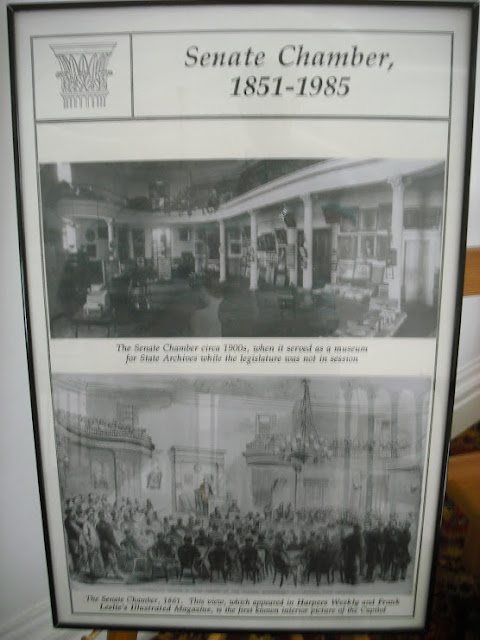 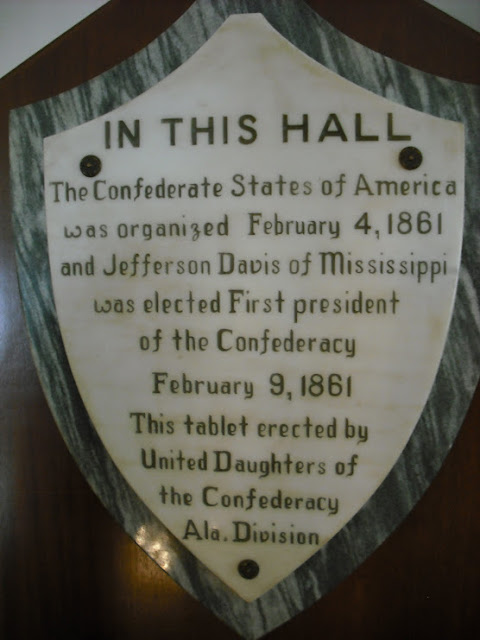 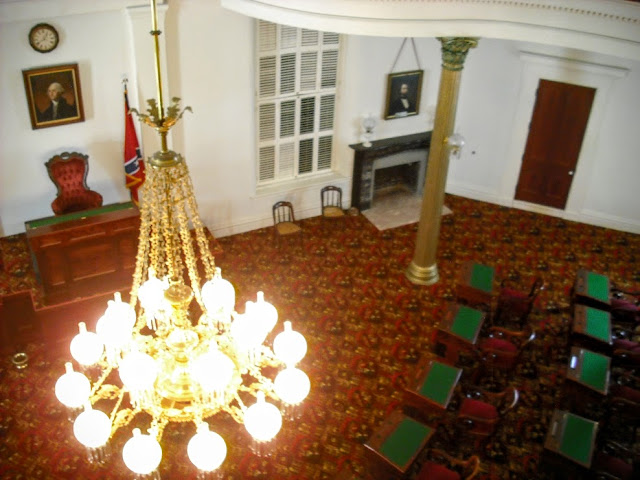 A shot from the balcony down into the Senate chamber. 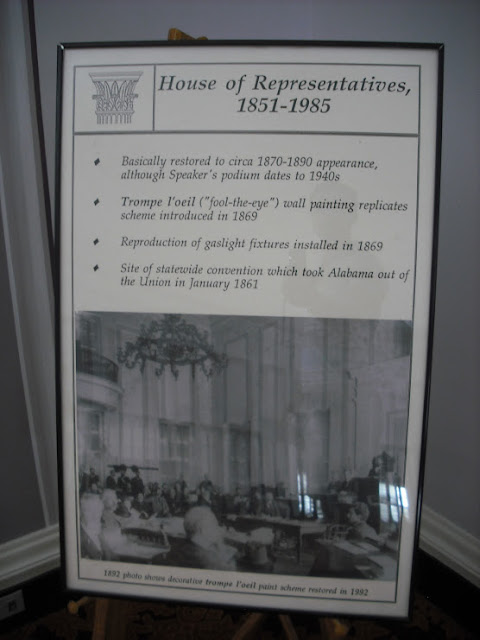 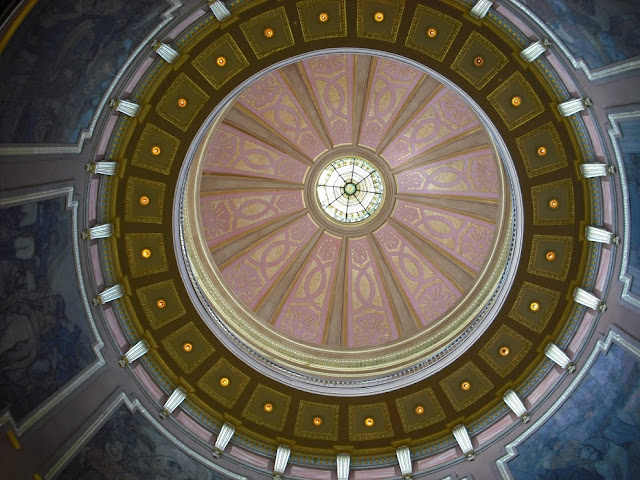 Stand in the rotunda and look up and this is what you see at the top of the dome. 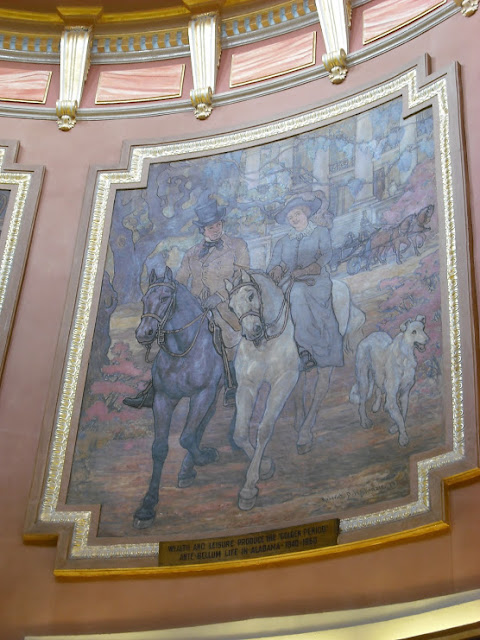 Artist Roderick MacKenzie painted eight panels depicting state history that hang in the Rotunda. Mackenzie began these panels in 1926 and finished in 1931. He also designed the plaster frames around the panels.

MacKenzie, born in London, spent his youth and many adult years in Mobile. His long and fascinating career included art studies in Boston and Paris and periods in working in England and India.  He returned to Mobile in 1914 and painted many works with Alabama themes until his death in 1941. 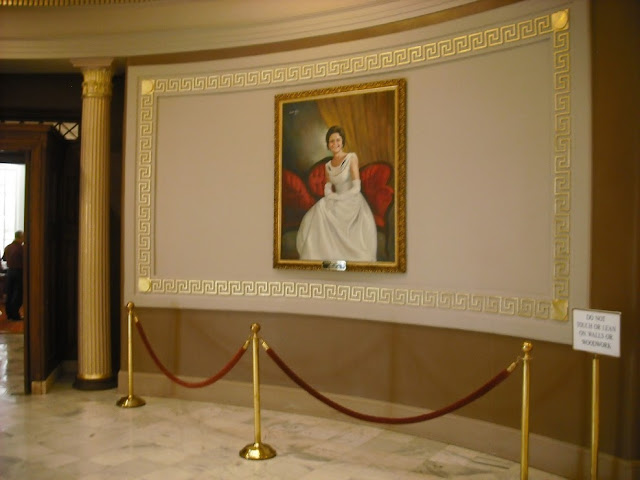 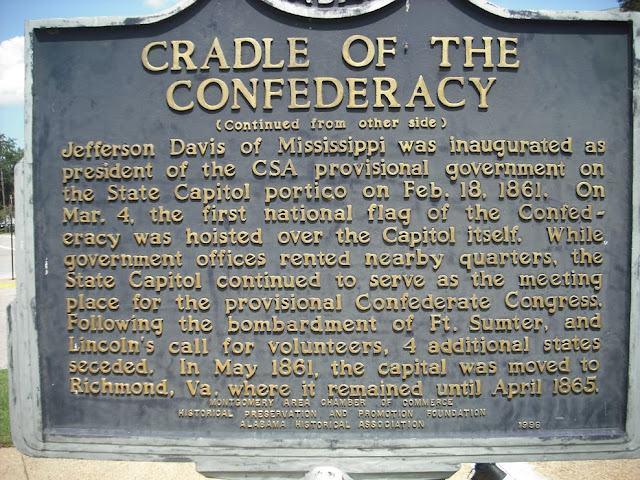 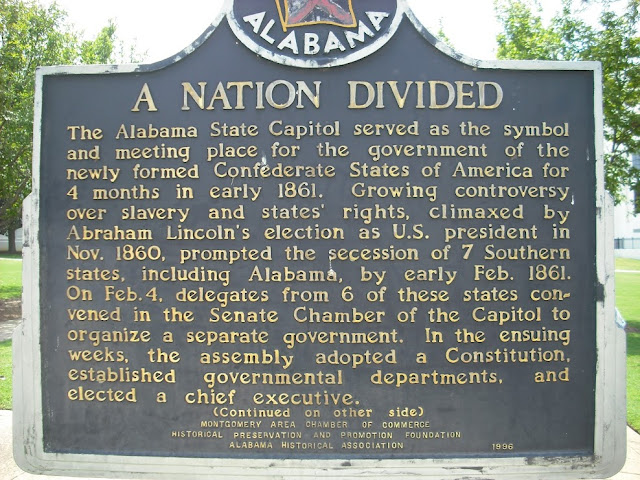 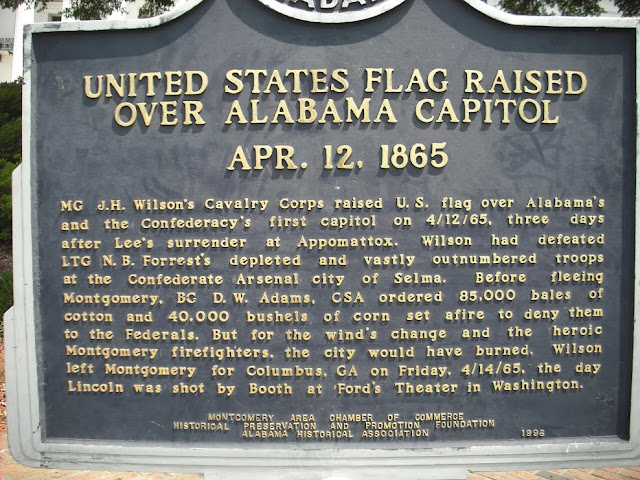 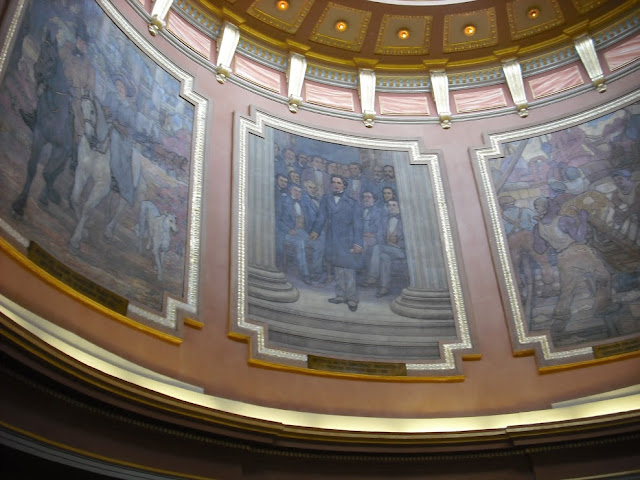 Posted by AlabamaYesterdays at 8:23 AM