In part one of this blog post, I discussed some of the "official" highway maps of Alabama that I've collected over the years as well as a few published by the Rand McNally company. I also included a brief look at the history of road and highway maps in general. Here's another selection of mostly official ones; some comments below.

I should probably note some covers on these state maps that I'd like to see in the future. How about one featuring a collage of the state's famous writers--Harper Lee, Rick Bragg, Fannie Flagg, Robert McCammon, and so many more? Or a collage of the state's film and TV stars--Jim Nabors, Kate Jackson, Courtney Cox, Henry Walthall, Cathy O'Donnell, and that young whippersnapper from Cullman whose name escapes me? Oh, right, Channing Tatum. Or maybe Helen Keller, perhaps the single most famous individual from Alabama?

Ah, well, I guess those sorts of covers might not attract the tourists like yet another one featuring the beach! 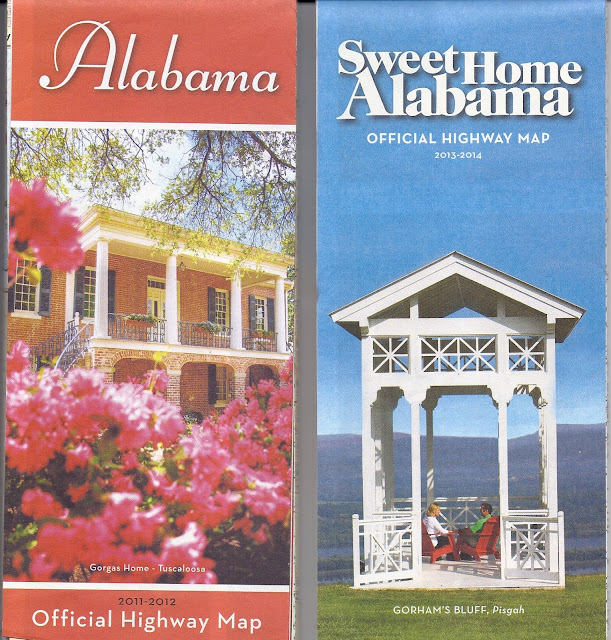 Here we have two typical map covers--an historic site and a site of natural beauty. 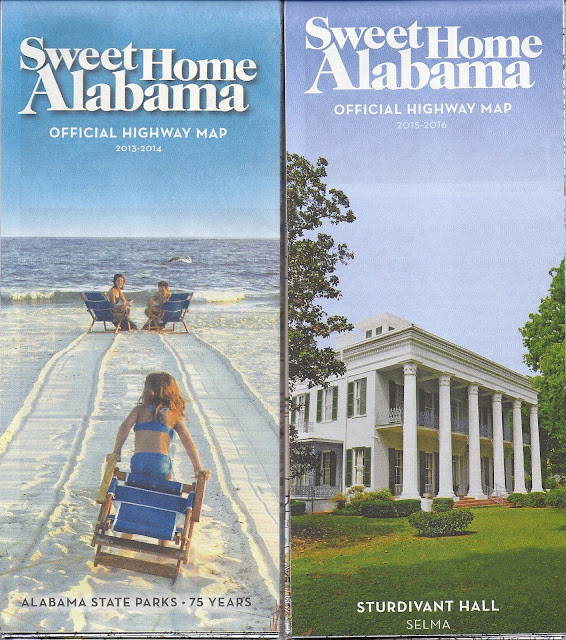 One more beach cover, and another historic site. Looking over all these maps I've collected, I'm pleased to see how many have featured historic places. 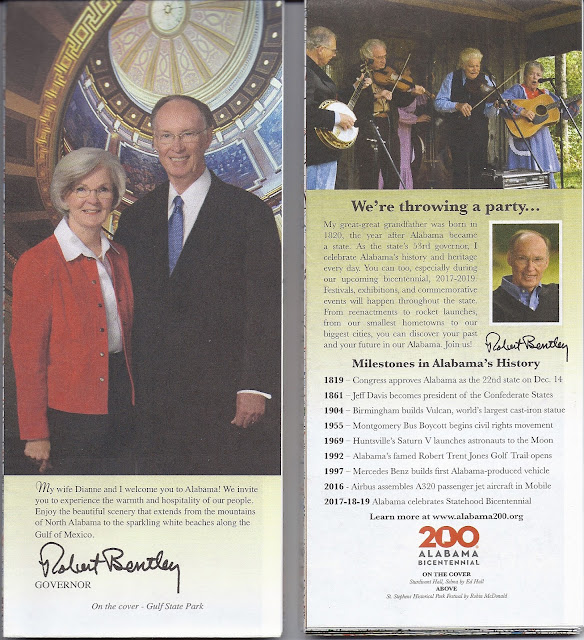 At some point the back cover of these maps transitioned from photos and statements from the governor and the state highway director to a photo of the governor and his wife along with a statement. Someone seems to be missing from that map on the right, however.

OK, ok, another beach cover. But this one's pretty cute, and those beaches do bring in a lot of dollars.

Wait--they have a Shakespeare festival in Alabama? I think this may be the only one I've collected that features the performing arts. Perhaps the Alabama Ballet is due for a cover? The Alabama Symphony Orchestra?

I'm really surprised none of the country music acts or American idol winners from Alabama have appeared on a map cover.

This one is the second map cover to feature the Space and Rocket Center in Huntsville. Our kids Amos and Becca both did a week at Space Camp and enjoyed it.

Wait--they have museums in Alabama?

This one is certainly worth a visit, as we've done periodically over the years. Son Amos and daughter Becca always enjoyed a tour, especially when it started with one of those wonderful Sunday jazz brunches!

Oh, and the Alabama Museums Association has a long list of members. Maybe another one will be featured on an official highway map in our lifetime.

And finally a Rand McNally map and one of those free gas station maps from back in the day. Dad dated this one for us. 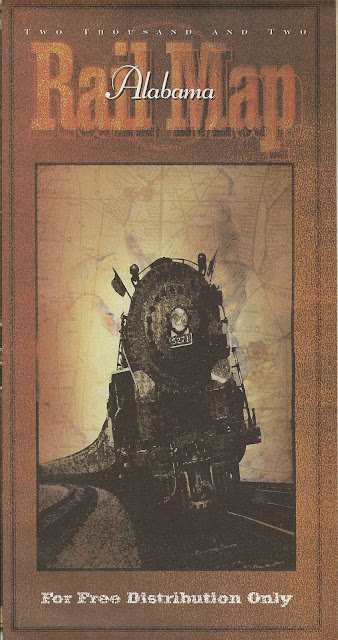 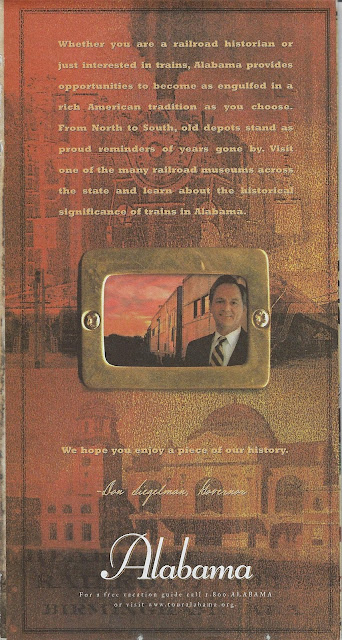 Posted by AlabamaYesterdays at 8:11 AM