When I visit mom in Huntsville, I exit I-65 in Hartselle and head east on Alabama Highway 36. I've written before about some of the sights and history encountered on this route: Cotaco, Lacey's Spring, and Valhermoso Springs.

In that previous post about Lacey's Spring, I noted:

"Lacey's Spring is an unincorporated community at the base of Brindley Mountain in Morgan County. American Revolutionary veteran John Lacy and his brothers settled there in 1818. A post office was established in 1831.


You'll find Lacey's Spring by going south on US 231 out of Huntsville. After you cross the Tennessee River you are essentially there. More of the community is also down Alabama Highway 36 as you head west toward Valhermoso Springs and Hartselle and I-65."

The abandoned business below is one of several seen along 36. A little research turns up the address as 9383 Highway 36 East and the name of the business expanded to 36 Grocery and Restaurant. Gary Morrow was listed as the "principal", presumably owner, of the establishment. Another web site gives the date it opened as 2008, although I would have guessed much earlier than that. Interestingly, that same address is listed as a small grocery store named Kate's Place that opened in 2005 with three employees. Perhaps more than one business has operated in the location.

I've made a few comments below the photos. 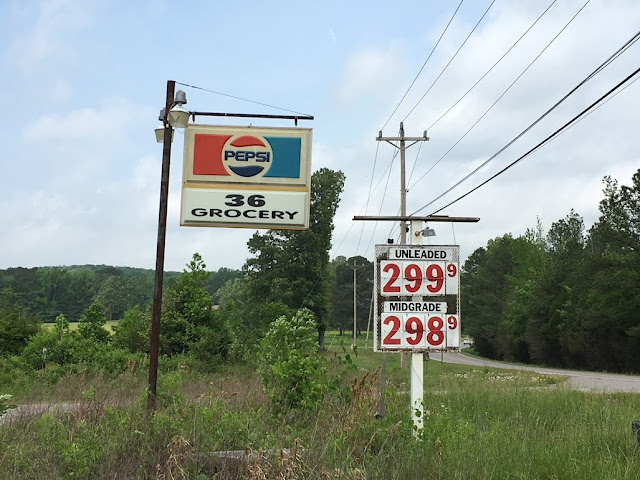 That's Highway 36 you see to the right. In the background are some of the pretty rolling hills to be seen along this route. I wonder when gas was just under three dollars at this location. 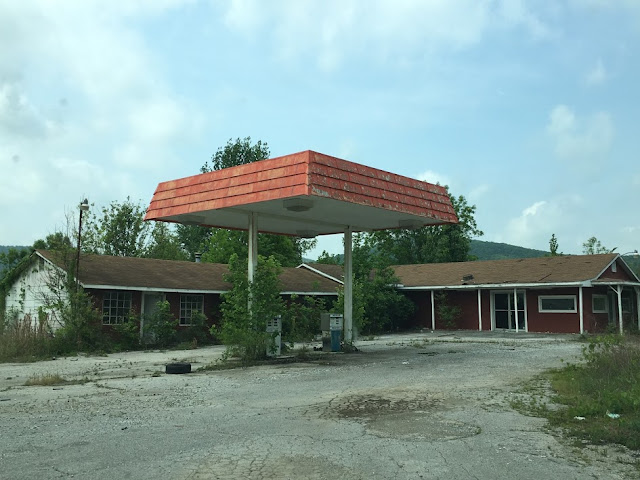 Lots of groceries and gas sold and meals eaten at this place once upon a time. 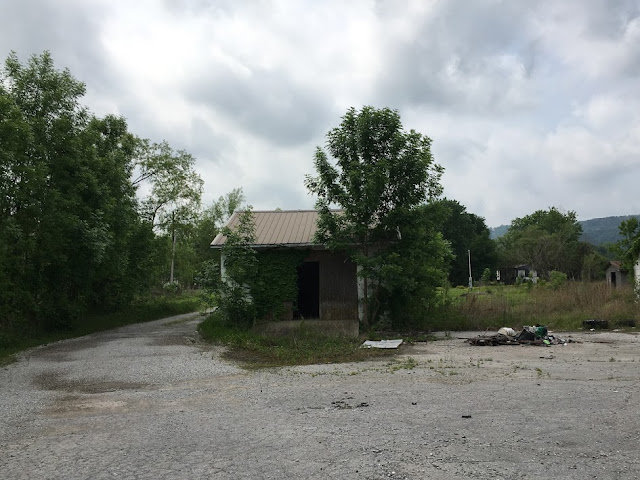 As you face 36 Grocery, you see this little building to the left. I'm not sure what it was. In the background are what seem to be other old buildings. 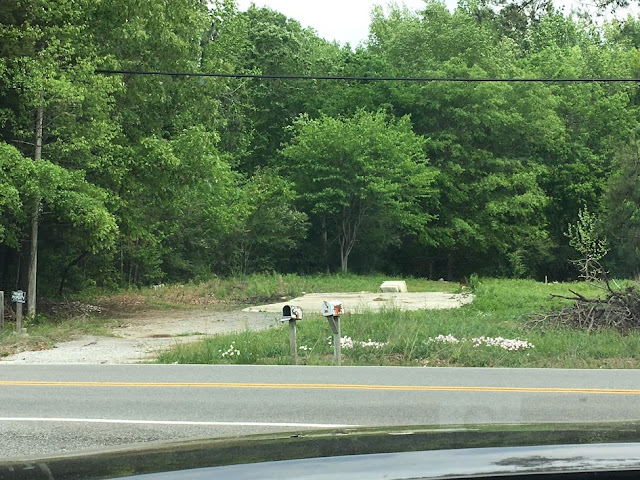 Here's the view across 36. That's a bathtub at the end of the slab.

Posted by AlabamaYesterdays at 8:25 AM