Elegy for a Small Pelham Bookstore

Back in 2015 I did a couple of posts on bookmarks and business cards related to Alabama bookstores. In the second one I included a card for Betty's Books in Pelham. Mostly a used paperback store, Betty's Books opened sometime in the 1990's. I remember visiting once before the store relocated to a small commercial area across U.S. 31 from its original place. Seems like I went to the new location once as well.

The store changed ownership and became Books Etc. I visited that incarnation several times and always found something to buy. The place was small but packed with goodies. Unfortunately, Books Etc has recently closed, and I'll miss knowing it's there when I want to stop by. 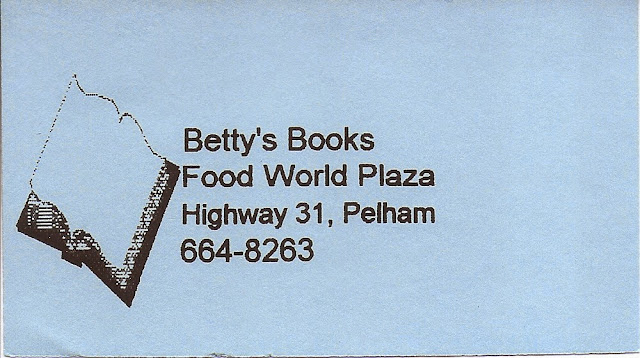 Son Amos worked at that Food World, which opened in 1974, during part of his high school years. Eventually the store closed, and a few years ago was replaced by a Mi Pueblo Supermarket. 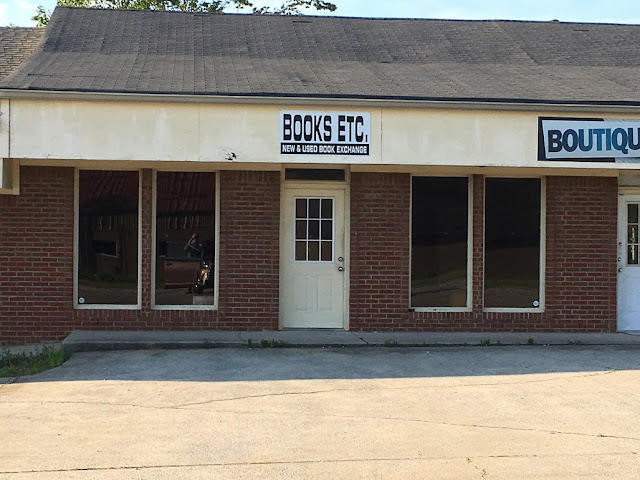 The sign says "New and Used Book Exchange" but most of the inventory was used books  and those were mostly trade and mass market paperbacks. The store did have large selections of classics, westerns, science fiction, and horror in addition to the usual contemporary fiction and romances.

At one time Books Etc also occupied the storefront to the left of this photo, but I started going just after the owner had given up that space. 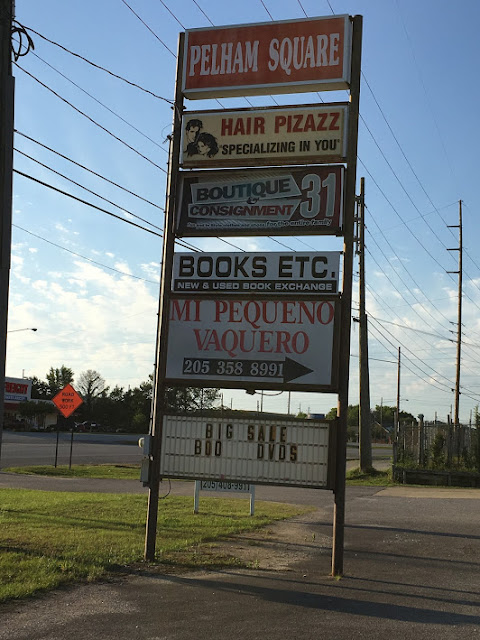 Posted by AlabamaYesterdays at 10:16 AM