Despite her talents and wide success as an actress in live theater, her outrageous behavior and rapier wit, Alabama native Tallulah Bankhead never made much impact in the movies. She easily conquered stages in New York and London, and also appeared on radio and television before her death in 1968, but Alfred Hitchcock's 1944 film Lifeboat is considered her only real success on the silver screen.

Previously on this blog I've written about that appearance in the Hitchcock film, which also included a performance by another Alabama native, Mary Anderson. I've also discussed Talluah's appearances with Lucille Ball--one as herself and another as interpreted by Lucy. I recently watched Bankhead in the 1932 pre-Code movie, Faithless. I enjoyed it very much and thought I would discuss it here.

The years from 1929 until mid-1934 are known as the "pre-Code" era in Hollywood. In 1930 the studios agreed to adopt the Motion Picture Production Code  that outlined topics forbidden in their films. The subjects ranged from drug use, prostitution and homosexuality to adultery and excessive violence. Strict enforcement did not begin until mid-1934, so many early sound films made during that brief period cover behaviors that would largely disappear from most American studio films until the Code was abandoned in 1968. Faithless includes such uncomfortable topics for the prudish as wild parties among the wealthy and the widespread deprivations of the Great Depression that lead Tallulah's character into promiscuity and then prostitution. And things end happily for Tallulah, which the Code did not toperate.

Bankhead's co-star is Robert Montgomery, a very successful actor and the father of actress Elizabeth Montgomery, who also had a long career in film and television. More comments are below. 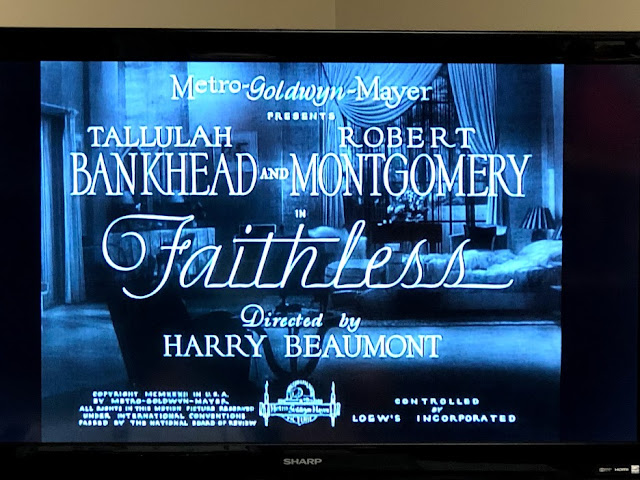 Faithless was released on October 15, 1932, by MGM; running time is a brisk 77 minutes. Beaumont directed a number of films between 1915 and 1948, including some with other stars such as John Barrymore and Joan Crawford. This film is based on Mildred Cram's story "Tinfoil". 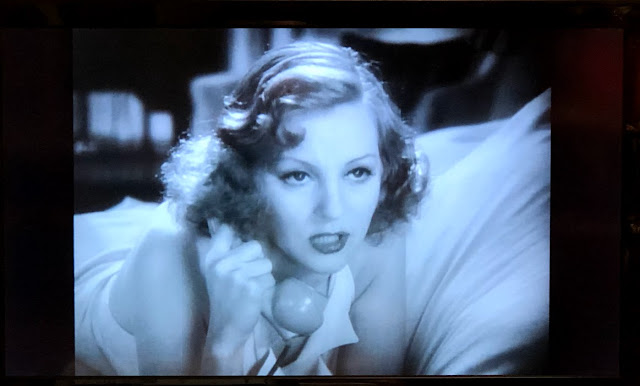 Tallulah plays Carol Morgan, a rich New York socialite in love with advertising executive Bill Wade [Montgomery]. The film opens with Carol on the phone talking to Bill as they plan their evening. Clever repartee follows. 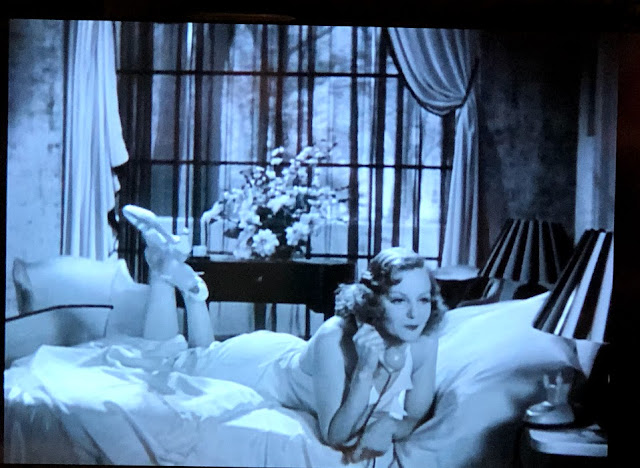 Carol is very good at lounging around until late morning. 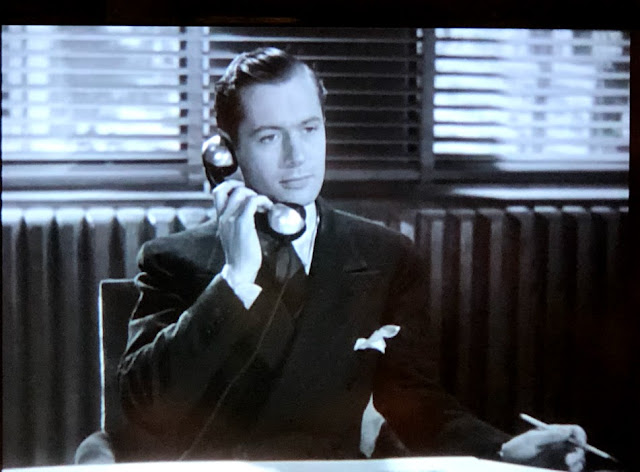 Bill Wade is an advertising executive pulling down $20,000 a year, which was a fabulous amount in 1932 America. We never do learn how these lovebirds met. 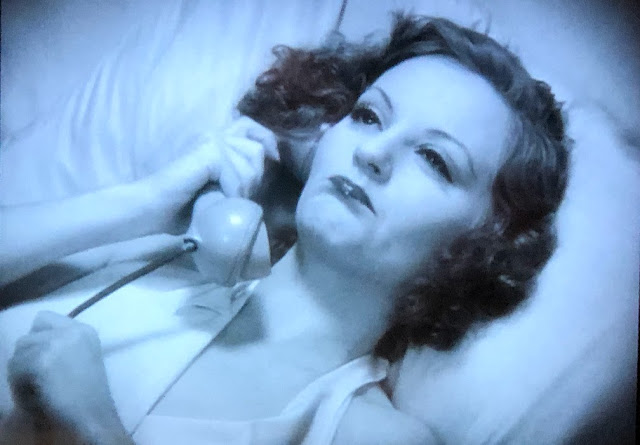 Being a spoiled socialite, Carol knows how to pout when needed, even if it is over the telephone. 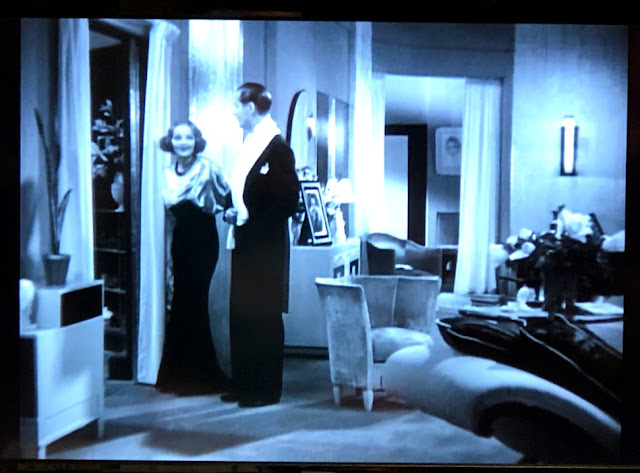 Carol and Bill return from their date to her upscale apartment 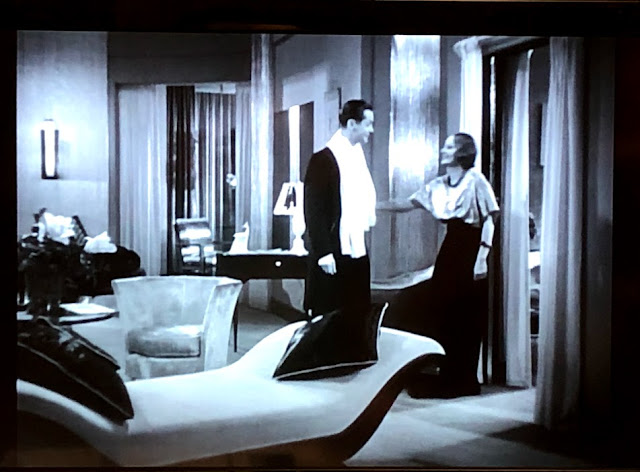 This film is worth watching just for the fabulous furniture, lighting and costumes filling the screen in the first half. 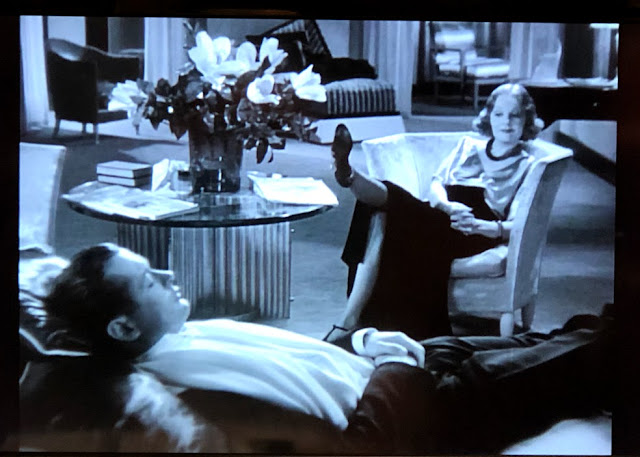 Bill and Carol seem headed for marriage. Based on their exchange here, they will do well in the conversation department:

Bill: Can't expect a man to write poetry about feet at five o'clock in the morning.

You can find other great quotes from the film here. Especially hilarious is the long case Carol makes to Bill concerning her suitability as a wife. 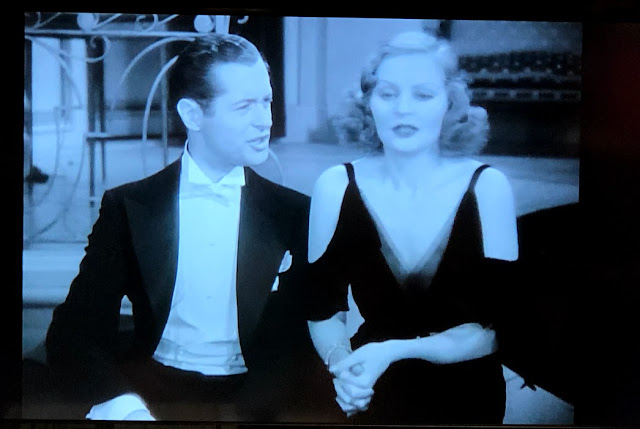 Bill and Carol make plans to marry, even launching the announcement at a large party of her friends. But roadblocks quickly pop up. Bill wants to live off his salary, not her inheritance. Carol, who seems to be very wealthy, is not impressed with his job or his income. The two break up. 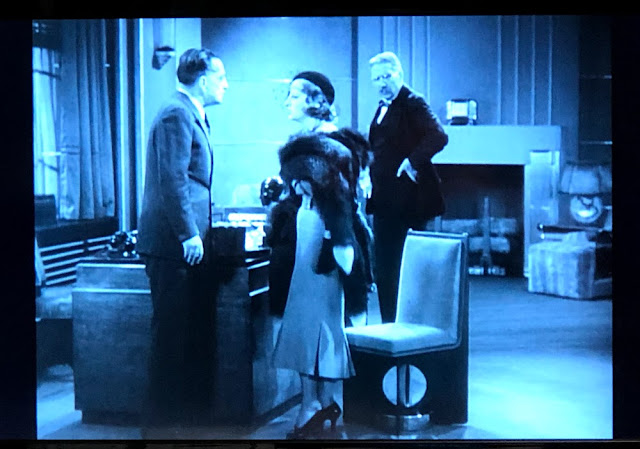 Carol continues to party and blow through her inheritance until one day her bankers tell her she's broke. As in she-doesn't-have-one-thin-dime broke. 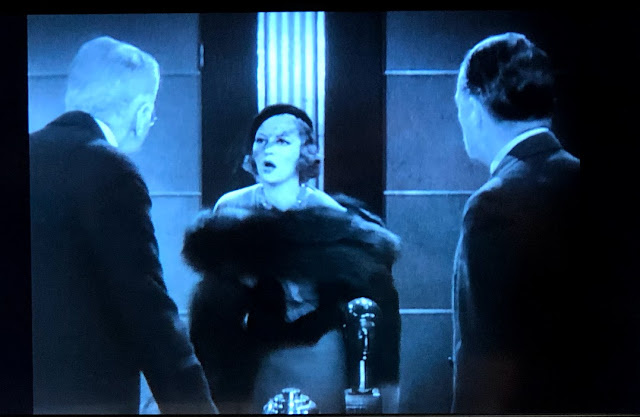 How could this have happened? she wants to know. You spent all your money, they say. 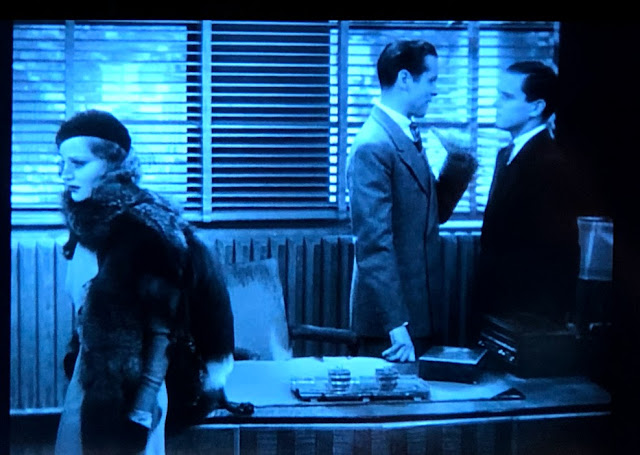 Carol goes to see Bill and confesses her newly-acquired poverty. Problem is, Bill has lost his job that very day and is headed to Chicago to see what kind of job he can find. Carol doesn't want to do that and their possible reconciliation doesn't happen. Bill's younger brother Tony is on hand to offer his negative opinion of Carol. Before all this happens, though, Carol and Tony have the kind of barely veiled sex talk that must have driven the prudish in the audience right out of the theater. 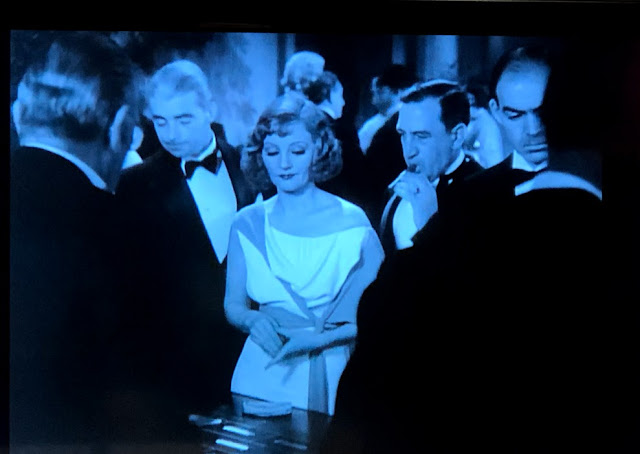 Now broke, Carol makes the rounds of friends she can bunk with and borrow money from until her welcome wears out. A wealthy cad finds her at the gaming tables of Monte Carlo [where Carol had suggested she and Bill go on their honeymoon] and makes her his mistress. 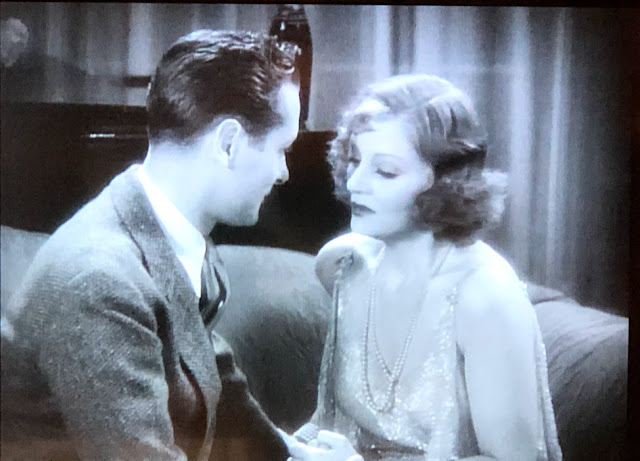 Bill tracks down a very drunken Carol at her benefactor's apartment, and after he leaves Carol is so humiliated she leaves her lover. 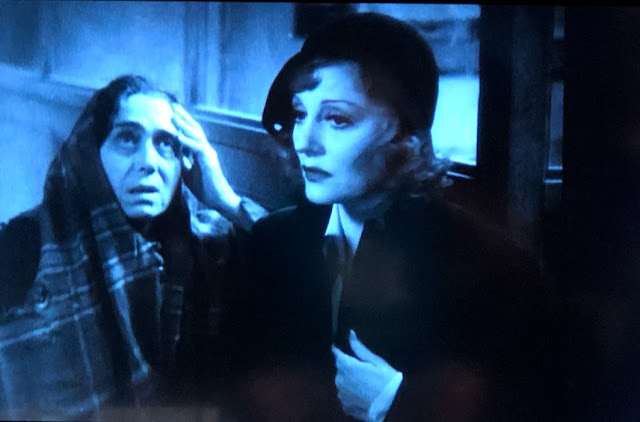 Now Carol is near rock bottom, waiting in a breadline. Naturally they run out of bread just as she reaches the window. She is forced to give her landlady her shoes to pay something toward rent. 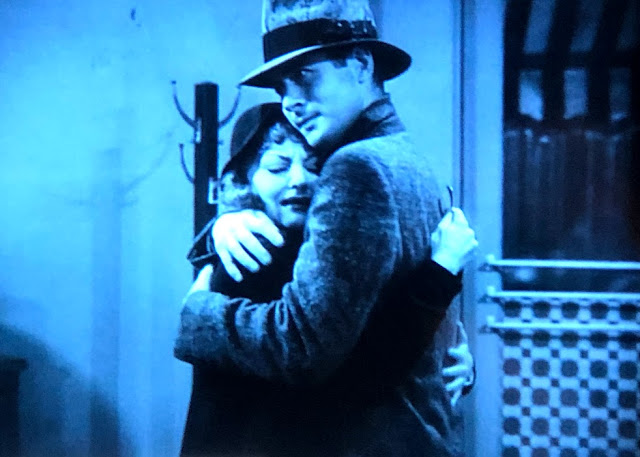 Carol scrapes together enough money to buy a bowl of soup and runs into Bill in the restaurant. He has a job as a truck driver and asks her to marry him, saying the past is past. 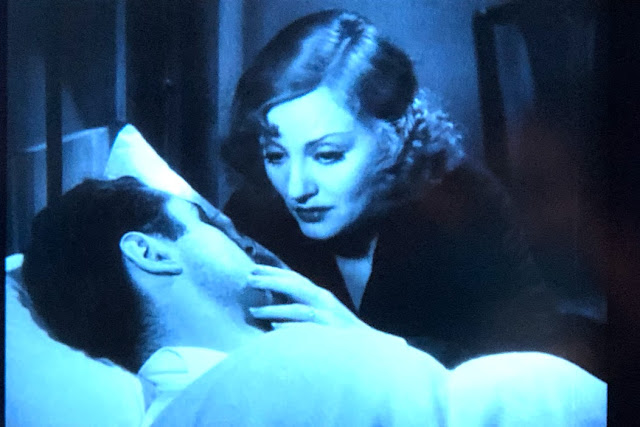 Bill loses that job, and is injured on his new one as a truck driving strikebreaker or scab. He  needs medicine that neither of them can afford. 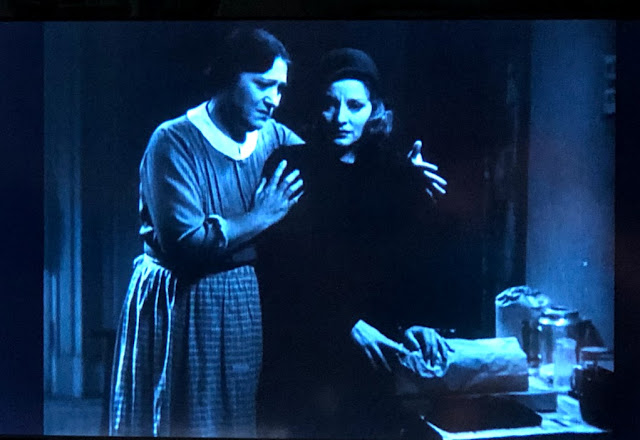 Carol is briefly forced into prostitution to buy the medicine. A policeman confronts her, but instead of arresting Carol he gets her a job at the very cafe where she had tried and failed earlier to get work. 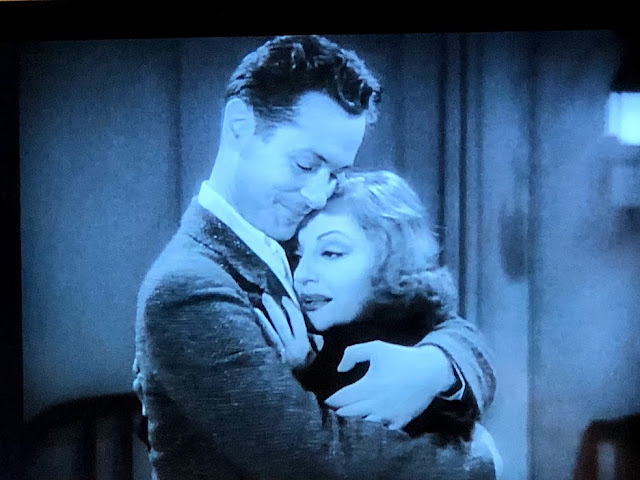 Bill finally recovers, and they get married and hopefully, after all their ups and downs, live happily ever after. 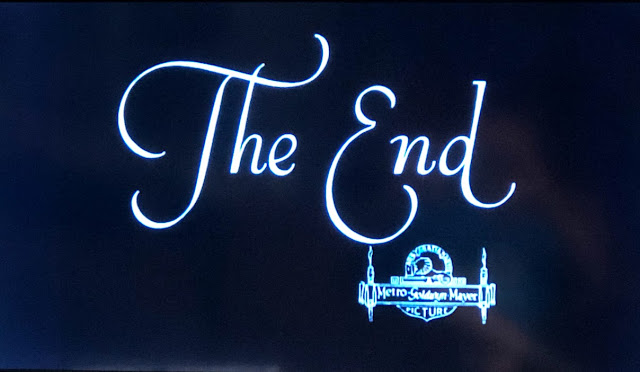 This film's story is hardly original, and cliches abound, but the two stars and the supporting actors make it work. In its review the New York Times declared Faithless to be a "lumbering species of drama" but did acknowledge the "capable portrayals" of the leads.

The first half is full of crisp, often funny dialog, great sets and costumes. The second half pours on the pathos but manages to keep it from being too cloying. Bankhead's legendary theatrical performances were not preserved on film, but we get some idea of her range here in a role that displays her talents for both  wit and drama. 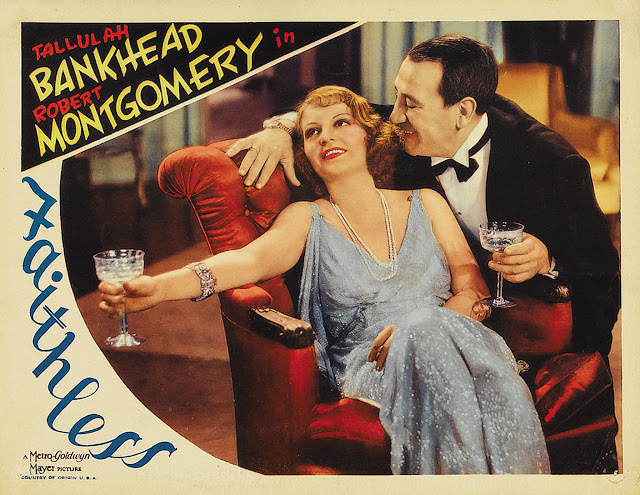 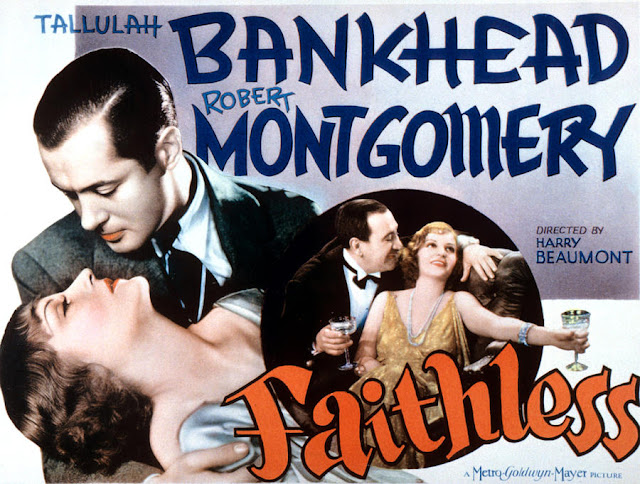 Posted by AlabamaYesterdays at 9:26 AM