A Quick Visit to Eutaw

Back in March Dianne and I made a visit to see our son Amos who lives in New Orleans. I've written a blog post on that portion of our trip and another one on Bellingrath Gardens, which we saw on the way down. On the way back to Pelham we spent the night in Demopolis and toured the fabulous Gaineswood home there. Blog posts on those two places will be coming soon. We also drove through Eutaw in Greene County, and this post explores a few of the sights there.

Leaving Demopolis on U.S. Highway 43 takes you to Eutaw in about 25 miles. The town is the seat of Greene County, which is named after Revolutionary War hero General Nathaniel Greene. Settled about the time the county was created in December 1819, Eutaw was originally named Mesopotamia. In 1838 the county seat was moved there from Erie, and the town was renamed after Greene's Revolutionary War victory, the Battle of Eutaw Springs in South Carolina. Mesopotamia Street in Eutaw honors the original name.

Eutaw thrived on the cotton trade during the antebellum era; many buildings from that era survive and are listed on the National Register of Historic Places. After the Civil War the economy declined and has never recovered; Greene County has been one of the state's poorest for decades. In 2010 almost 3000 people lived in Eutaw.

Other comments are below some of the photos. 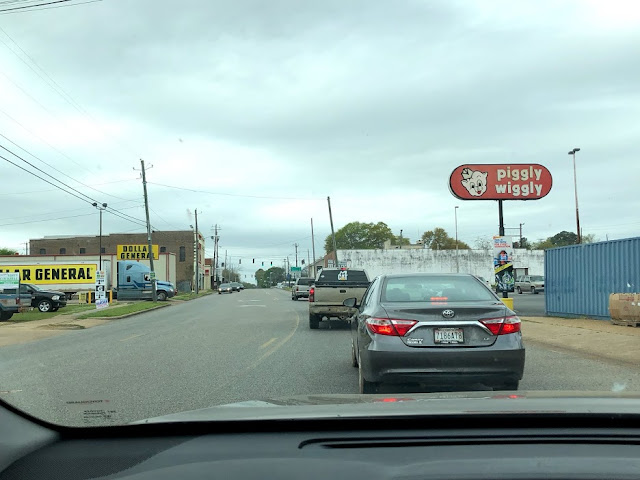 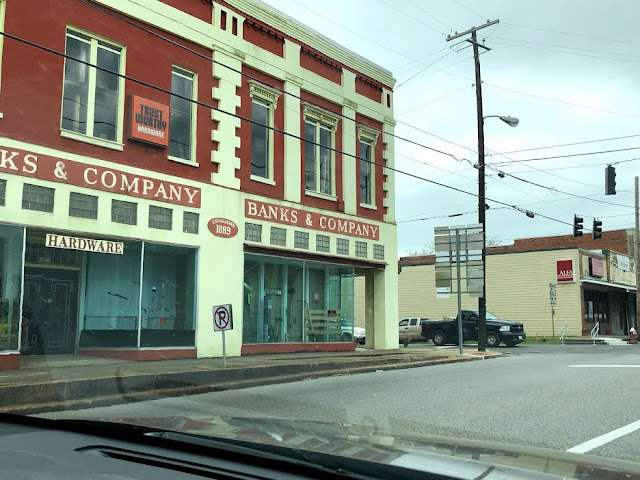 There are some nicely restored buildings around the old courthouse square. 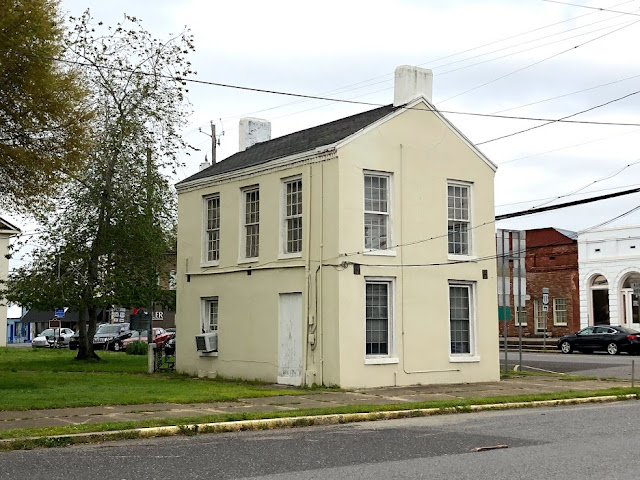 This Grand Jury Building stands in the historic Greene County Courthouse Square District and was built in 1842. The two-story structure is also called the Old Sheriff's Office. 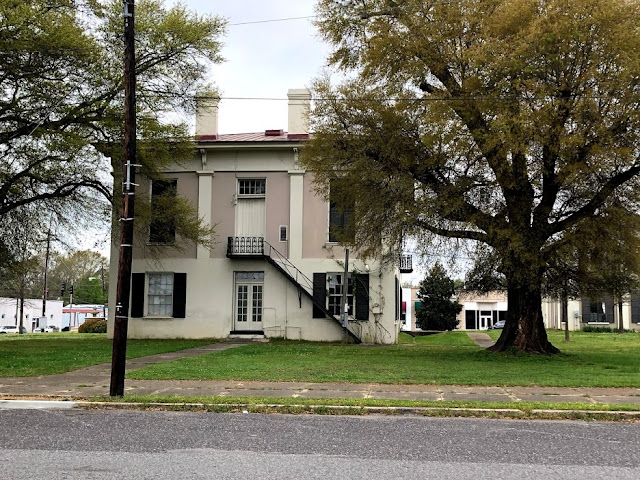 One end of the old Greene County Courthouse constructed in 1869 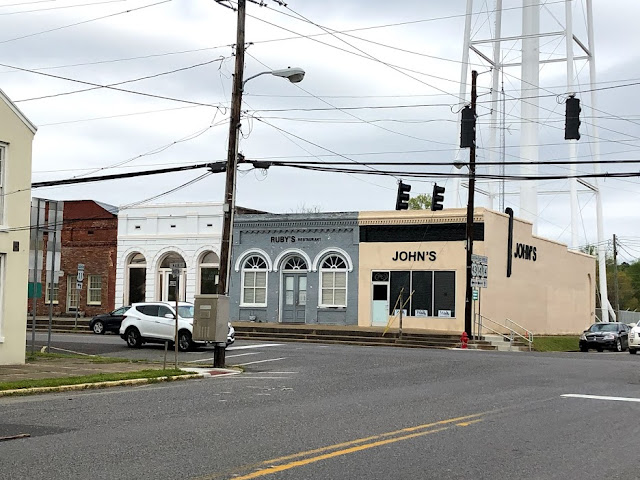 Some more of the restored buildings around the old courthouse square. 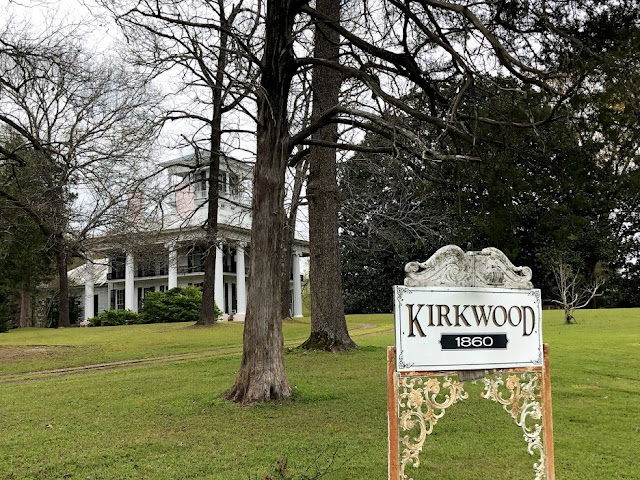 One of the most impressive buildings in Eutaw is the Kirkwood mansion. The Rural Southwest Alabama site has this description:


Kirkwood is a historic antebellum plantation mansion located in Eutaw. It is a Greek Revival style house with Italianate influences. The house has two primary floors and a large cupola crowning the low-pitched hipped roof. The roof eaves are ornamented with wooden brackets. A monumentally scaled portico with Ionic columns wraps around two sides of the house.
Kirkwood was built by Foster M. Kirksey, a cotton planter and cotton broker. Kirksey began building the house in 1857. Construction on the nearly completed house was halted by the Civil War. Kirksey lost a considerable portion of his fortune with the economic collapse of the south. He was able to retain possession of Kirkwood but he was never able to complete the house with the lavish details he had originally planned or to maintain it properly. The house remained in the Kirksey family until 1961. In 1972, Roy and Mary Swayze bought the home and began renovations with Mr. Swayze doing much of the work himself. When the Swayze’s painted the home in 1977, it was its first coat of paint since 1912 and took 200 gallons of paint. The Swayze family spent 15 years restoring Kirkwood. For their efforts, they was awarded a National Trust for Historic Preservation Honor Award in 1982.
Kirkwood was photographed and recorded by the Historic American Buildings Survey (HABS) in 1934 and the house was placed on the National Register of Historic Places (NRHP) on May 17, 1976.

One small correction--as i note below, Kirkwood was photographed as part of the HABS in 1934 and 1935.

Unfortunately, we did not have time to take a tour of the mansion. Maybe another day.... 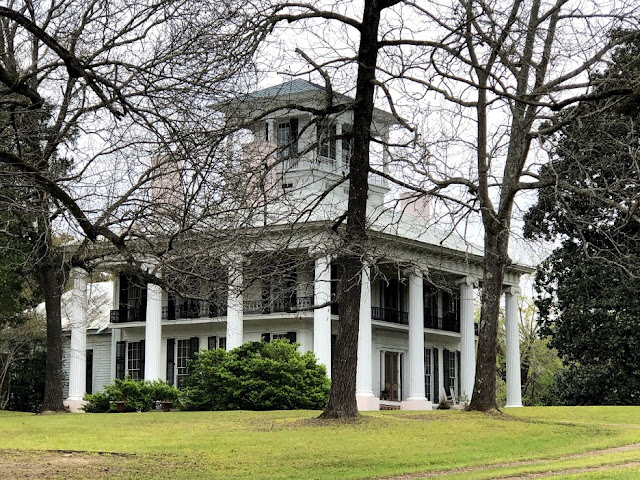 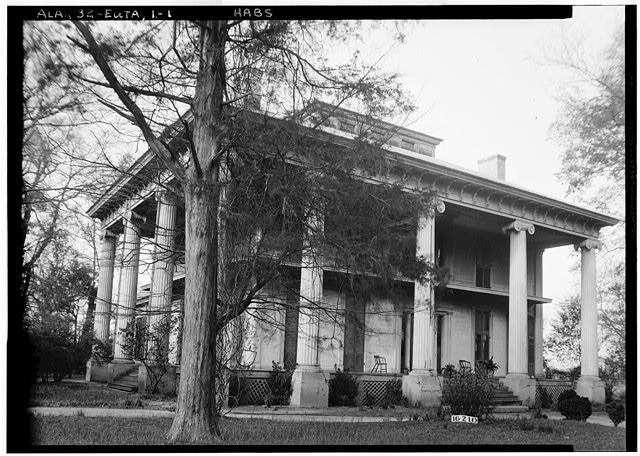 This photograph was taken by W.N. Mannning as part of the Historic American Buildings Survey. 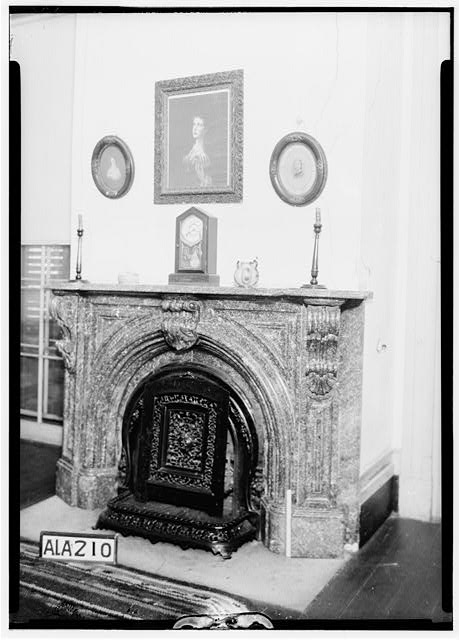 A fireplace featuring a brown marble mantel in a southwest rear room of Kirkwood on June 24, 1935.

This photo was taken by Alex Bush as part of the Historic American Buildings Survey. 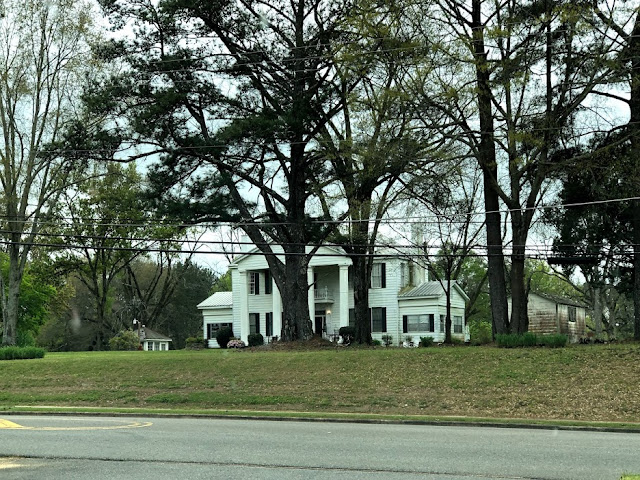 Across the street from Kirkwood is another pretty spectacular home.

Posted by AlabamaYesterdays at 8:46 AM