Alabama Photos of the Day: Two Nurses at Camp Sheridan

In late July 1917 construction began on a 4000 acre site three miles from downtown Montgomery. The facility was Camp Sheridan, one of several U.S. Army bases built in Alabama as the nation prepared to enter World War I. Between August and October 30,000 men of the 37th Infantry Division from Ohio arrived; they left for France in June 1918. The 9th Infantry Division replaced it and remained until their unit was deactivated in February 1919. F. Scott Fitzgerald, author and future husband of Zelda, was a lieutenant in the 9th. You can read more details in Martin T. Olliff's account of the camp here. The camp was named for Civil War Union cavalry commander General Phil Sheridan.

You can find many photos and documents related to Camp Sheridan at Alabama Mosaic. 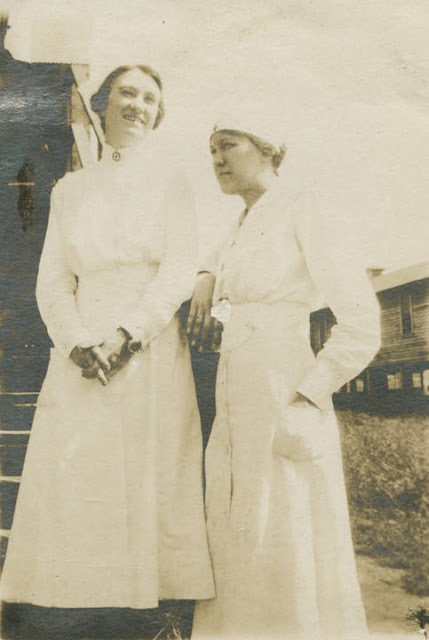 The nurse on the left has a Red Cross pin on her lapel. Is she Florence Birch? See below. 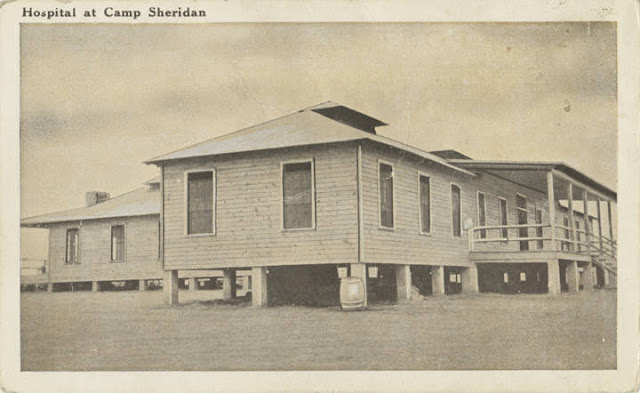 Postcard of the base hospital. Camp Sheridan also had over 300 mess halls, 300 bath houses, a post office, 40 warehouses, a gym and a library. Four thousand tents with wood floors housed the soldiers. 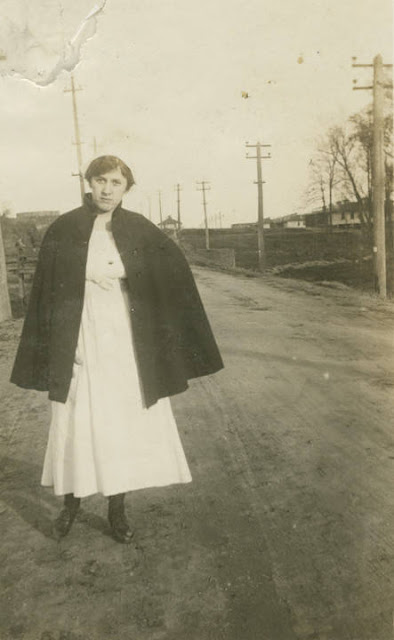 Nurse Florence Goldie Birch at Camp Sheridan ca 1918-1919. Is she the woman on the left in the first photograph? 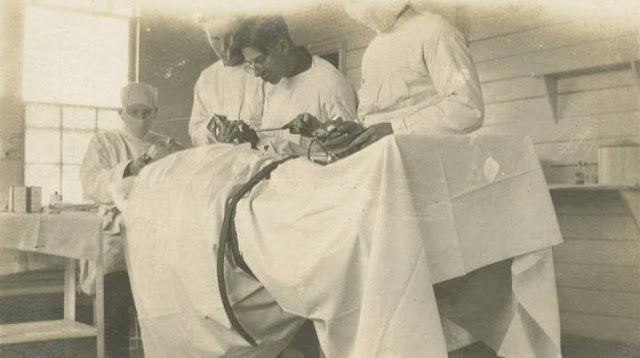 Surgeons operating at Camp Sheridan Hospital ca. 1917-19. The anesthetist at the head of the table may have been a male nurse. Is that a can of ether sitting on the table behind him? 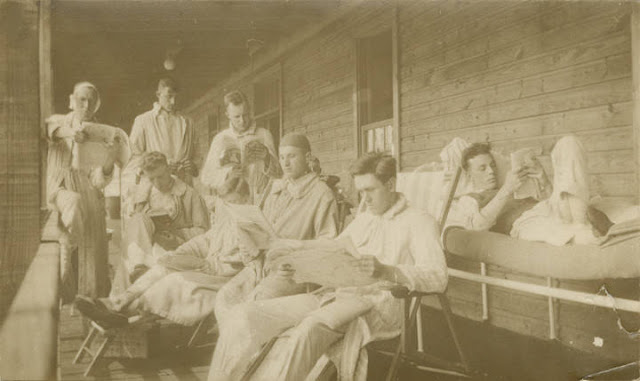 Wounded men reading on the porch of the hospital barracks at Camp Sheridan ca. 1917-19 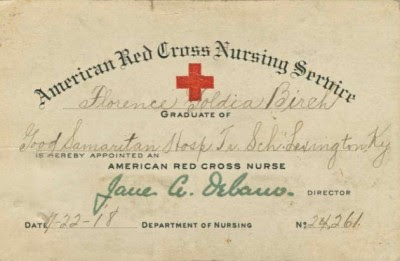 Florence had her nurse training at Good Samaritan Hospital Training School in Lexington, Kentucky. Her Red Cross card is dated July 22, 1918, and misspells her middle name.

Florence married Royal Edward Lynn sometime after the war; they settled in Oklahoma and had two children. She died in 1984 and is buried in Enid, Oklahoma. 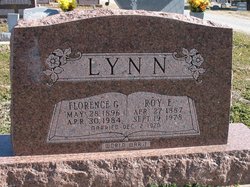 Posted by AlabamaYesterdays at 11:54 AM