Having spent my working career in Alabama libraries, the history of those institutions in this state has always interested me.

I've constructed the beginnings of a chronology of Alabama libraries up to about 1920. Maybe one day soon I'll start organizing those boxes of material I have on the subject and continue expanding that resource. Maybe.

At the moment I'd like to look at the Alabama libraries listed in two reports published late in the nineteenth century.

The 1886 report from the Department of the Interior’s Bureau of Education gathered information on “public” libraries holding over 300 volumes during 1884-5. A similar report by the same office in 1876 found 3,647 such libraries in the United States; ten years later 5,338 were found. The report does not define “public”, but the term seems to be applied to any library open to some subset of the public, whether free or by subscription, as opposed to purely personal libraries.

There are 41 libraries in Alabama included in this 1886 report, as noted in the table below. Only two are libraries with more than 10,000 volumes: the State and Supreme Court Library in Montgomery with over 17,000 volumes and Spring Hill College library in Mobile with over 12,000 volumes. Both of these libraries were also founded early in the state's history, 1828 and 1829 respectively.

Huntsville Female College Belles-Lettres Library, Howard
(Samford) College in its original Marion location, Judson Female Institute, Mobile Bar Library, Mobile Library-a “general” library with 5500 volumes although founded in 1879, the State Board of Health library,Young Ladies’ Academy of the Visitation library in Summerville, the Talladega College library, and the University of Alabama library in Tuscaloosa which was the third largest in the state with 6300 volumes.

Some libraries with under 1000 volumes:

18 libraries including those at several small schools, the Dallas Bar Library in Selma, a general “Library Association” in Opelika, a “Ladies Library” in Florence and “Book Club” libraries in Gainesville and Tuscaloosa.

Many of these libraries were designated as “free”, but some were subscription: the two law libraries in Mobile and Selma, the Mobile general library, and the book club libraries in Gainesville and Tuscaloosa.

The second table included in this post shows the 28 Alabama libraries over 1000 volumes in the 1897 report. Most were included in that group in the 1886 report, but several libraries have now joined it which were absent earlier.

These two publications give us an interesting snapshot of Alabama libraries as the nineteenth century is coming to an end. A number of libraries with significant collections have developed, including a few of what we now consider “public” libraries. Social groups in even small towns have started collections. Specialized law and medical libraries have appeared. 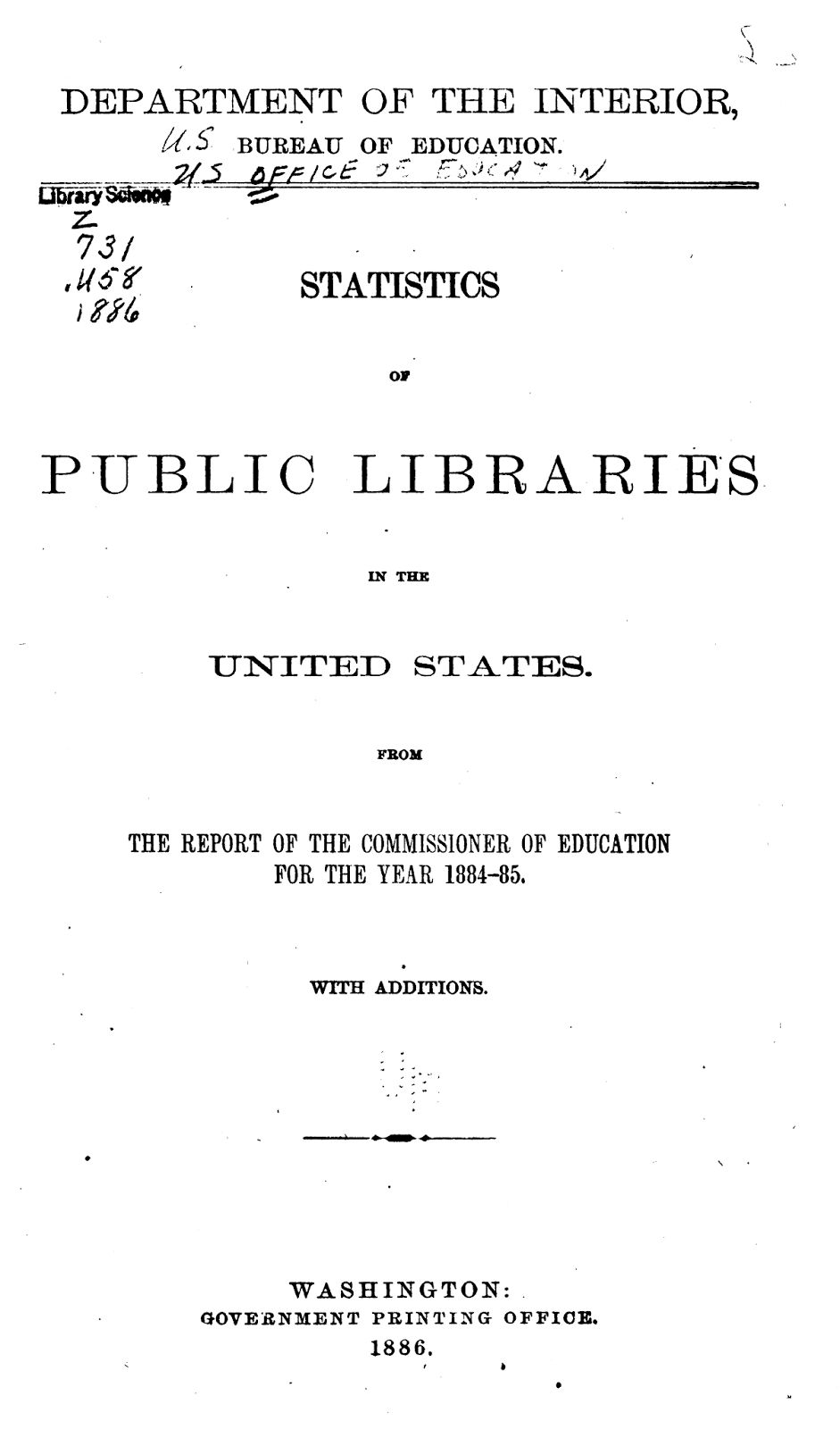 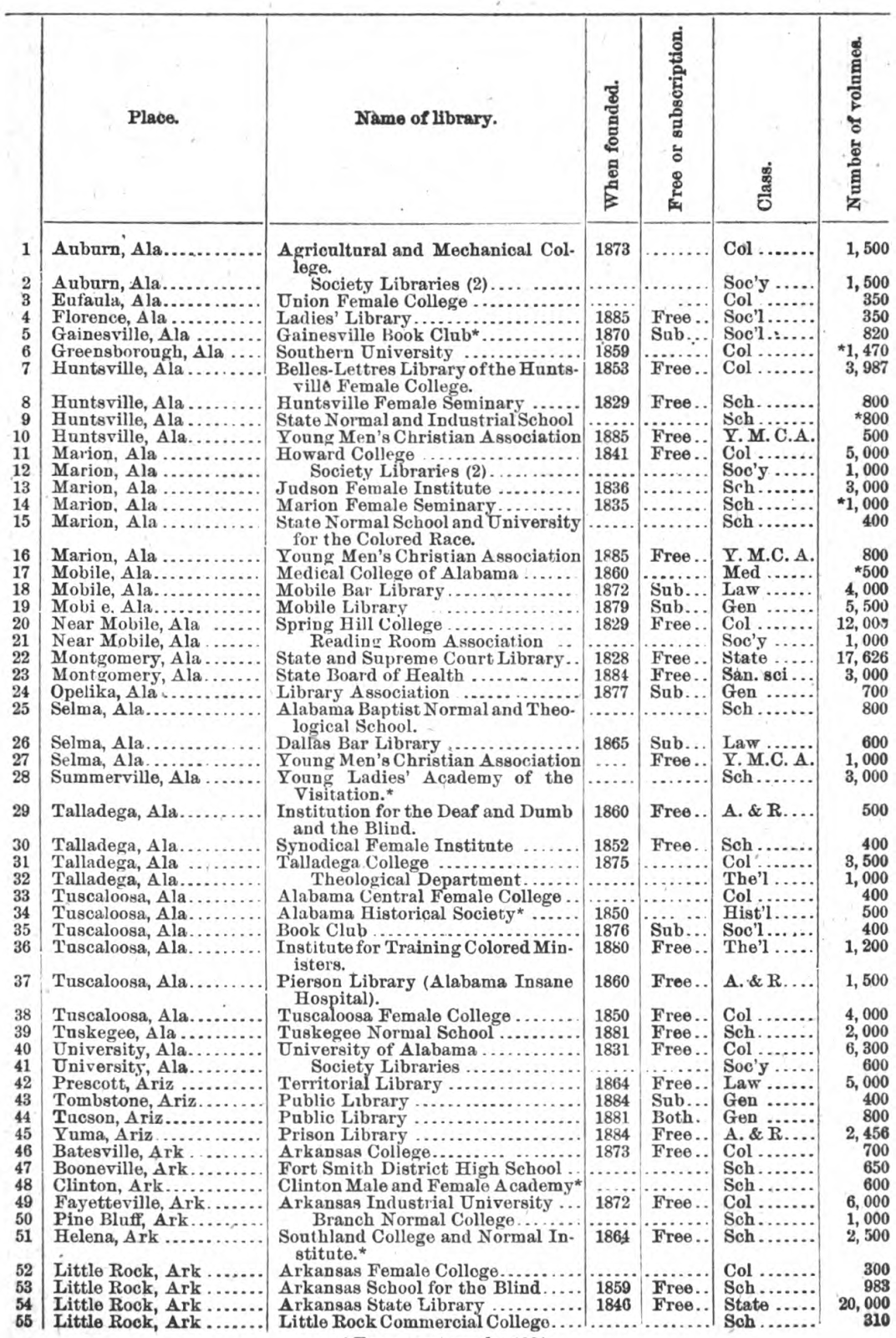 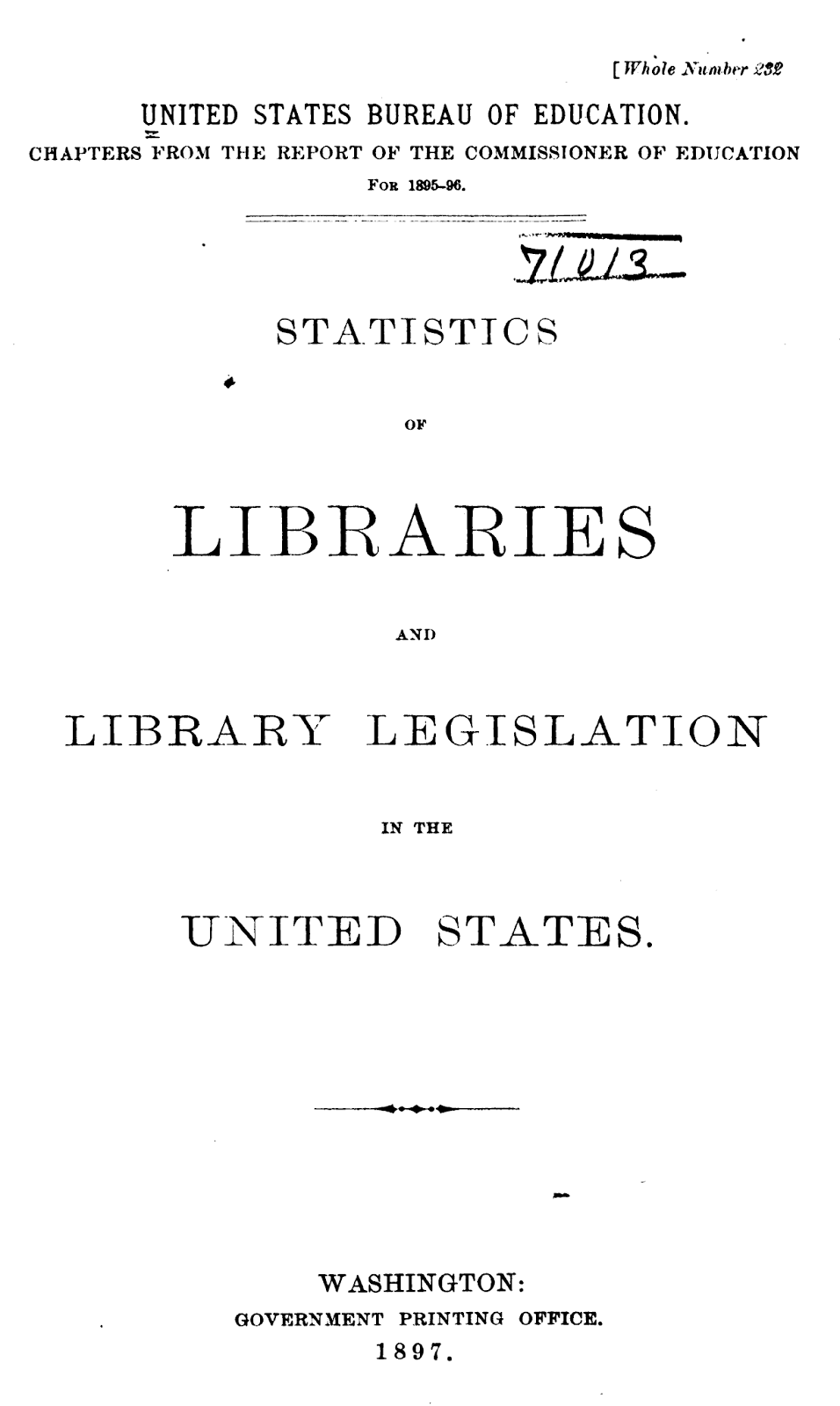 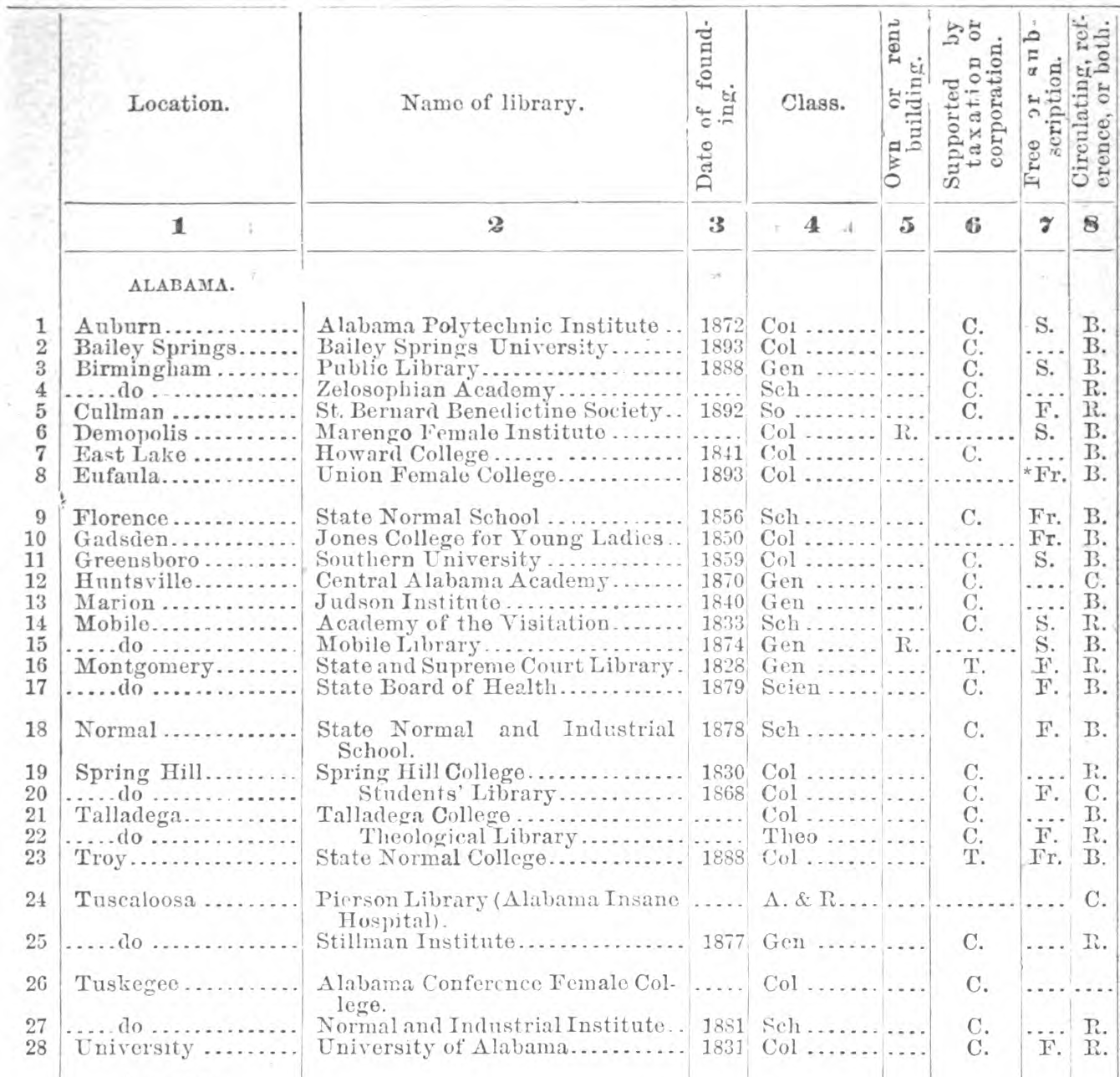 Posted by AlabamaYesterdays at 10:13 AM