I've recently been going through the several hundred vinyl records that Dianne and I own. Talk about a trip down memory lane. In among all the albums by It's a Beautiful Day, Jefferson Airplane, Hayden and Mozart, etc., I've so far found three with Alabama connections. Let's investigate.


The Locust Fork Band formed in Tuscaloosa in 1974 and has survived to the present day. The group combines performances of cover songs with a few originals and has often played festivals, including City Stages in Birmngham in 1989 and 1998.

The album I have is Playing 'Possum released in 1978. According to the brief BhamWiki entry on the band linked in the previous paragraph, they recorded a 30th anniversary album at Workplay in Birmingham in 2004. I have run across mention of an album called Overnight Success and wonder if that's it. However, I've found little else online beyond what's discussed below. 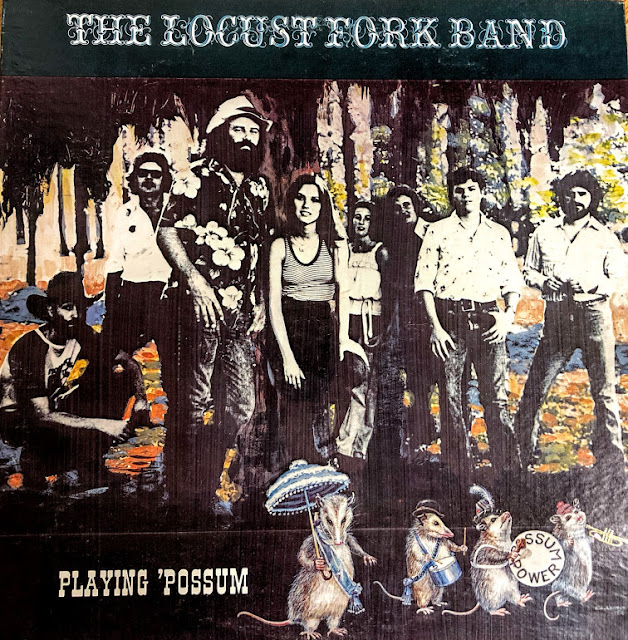 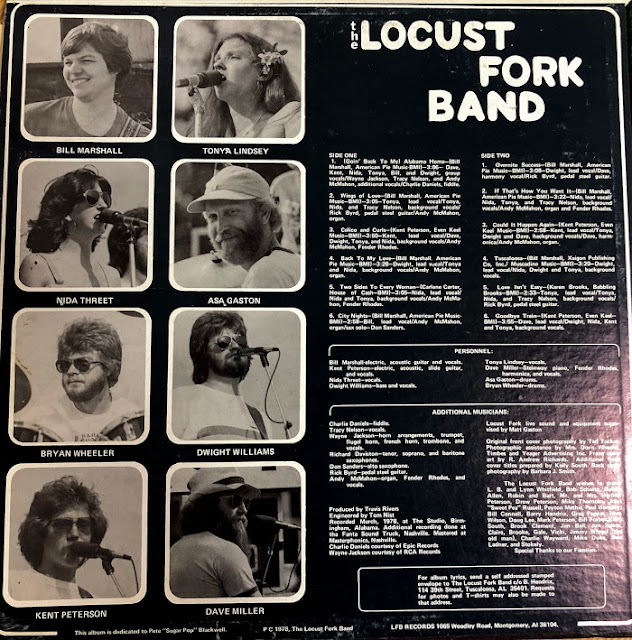 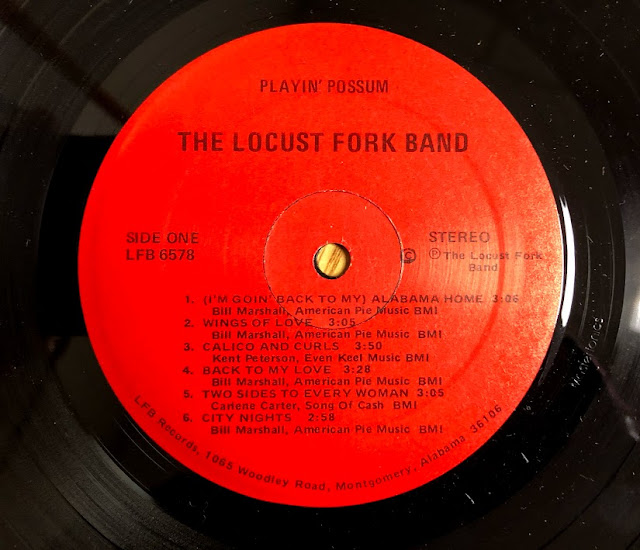 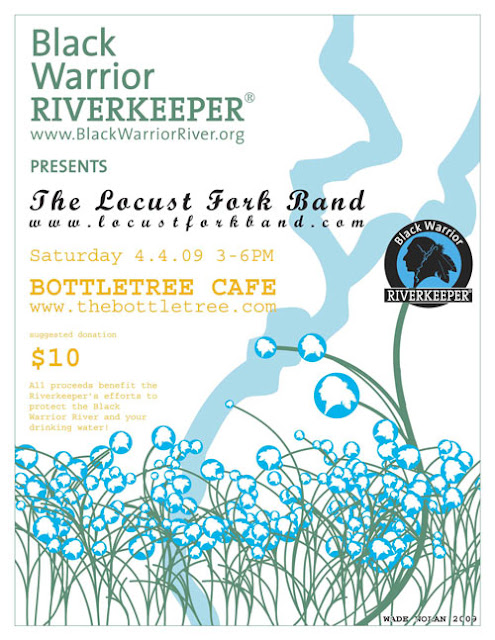 The band continues to perform on occasion. This 2009 appearance at the Bottletree Cafe in Birmingham benefited the Black Warrior Riverkeeper organization. I have run across references to other performances in 2015 and 2017. The group maintains a Facebook page. You can read an interview with singer Nida Threet before their set at the 2015 Blueberry Jam Festival in Fairhope here. 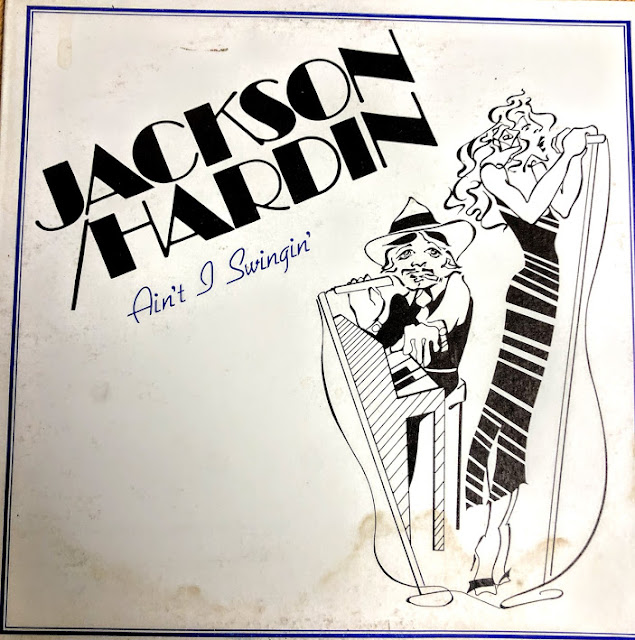 This release is a real obscurity, featuring a jazz duo of singer Beth Jackson and singer/keyboardist Joe Hardin. Small World Records in Huntsville released the album of mostly jazz standards.

I would think I acquired this album before Dianne and I left Auburn in the summer of 1980, but maybe not. I've tried searching online various combinations of the artists' names etc but have found nothing.

I did post a query on Facebook's Huntsville Rewound group and received some helpful responses. Jackson and Hardin attended Grissom High School and played at a popular downtown place still in business, the Kaffeeklatsch. Drank a few cups there with friends myself over the years. Hardin is currently a professor in the English Department at the University of Arkansas-Fort Smith. He spent 23 years as a professional keyboard player, guitarist, songwriter and singer. No one offered any more information about Jackson or about Small World Records. 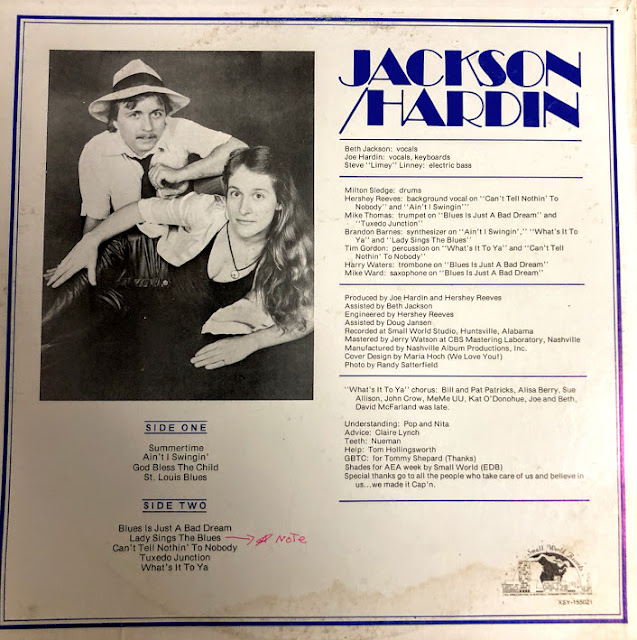 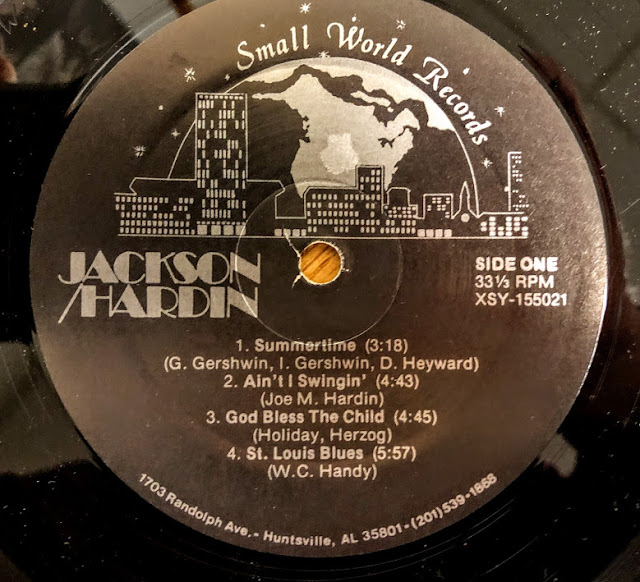 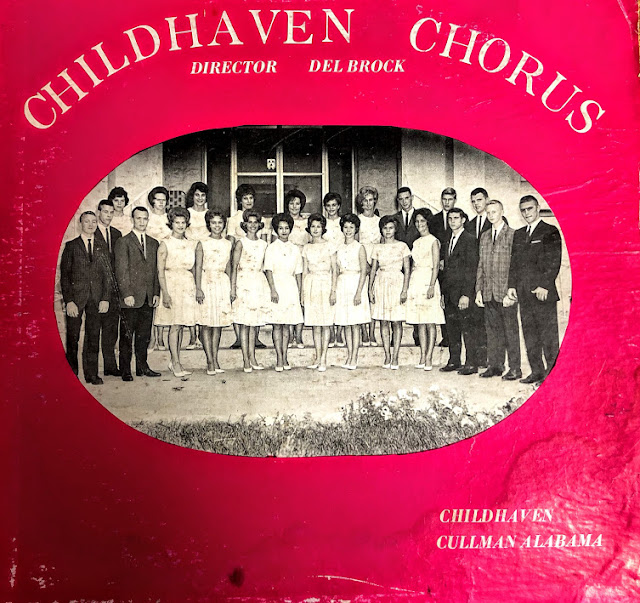 This album is the oldest in the bunch. Childhaven is a children's home in Cullman associated with the Church of Christ. The facility has a long history that you can read about here.

Dr. Jim Wright, Executive Director of Childhaven, was kind enough to give me some background details on this album in an email to me on January 31, 2018:


"Del Brock was the college age (or a upper high school?) aged son of Barney Brock.  Barney was the first superintendent at Childhaven, coming in 1950 and leaving around 1964.  Del remains in Cullman, and is a member of our board of directors.  During those years, Del directed a chorus made up of Childhaven residents.  The chorus would travel and appear in churches, as a pr and fundraising arm for Childhaven.  They made one album - which you have a copy of.  (We have copies here in our archives.  The vinyl and jackets in our collection are not clearly dated - but we are pretty sure it is around 1962 - 63 when it was produced.  Del is uncertain as to the exact age." 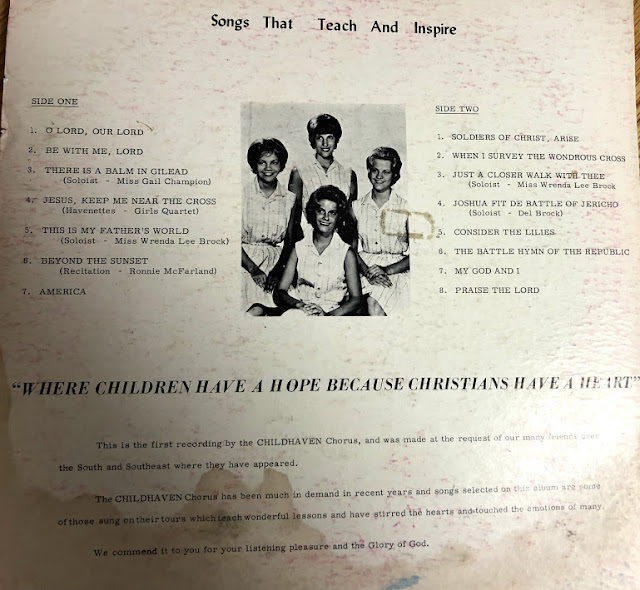 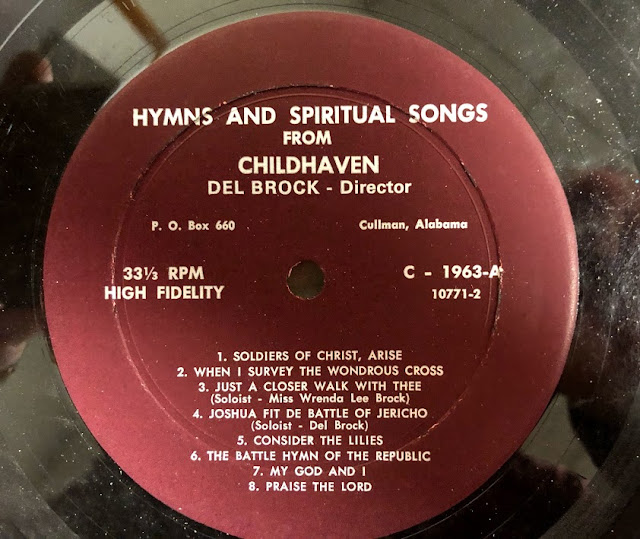 If you have more information about any of these albums and individuals, feel free to tell us in the comment section!

Posted by AlabamaYesterdays at 12:35 PM