Yes, There's a Booth for That Art

For more than 50 years my mother, Carolyn Shores Wright, has been painting, mostly in watercolor. Her subjects have ranged from many types of birds including hummingbirds to landscapes, flowers, and still lifes. She's also had a long-running series "Bird Life" featuring birds in humorous--and human--situations. You can see many examples on Pinterest. You can follow her on Twitter too: @CShoresInc

Mom's had success selling both originals and licensing rights, so her art appears on many things from prints to greeting cards, coasters, pillows, sun catchers, Franklin Mint plates, bookmarks, and mugs and much else. As I noted in a recent post, we found one of her licensed pieces in a shop in Manitou Springs, Colorado. In 1994 we took the kids to Disney World. The first shop we entered at Disney Marketplace had several prints of mom's art hanging on the walls. These encounters have been frequent over the years.

A few years ago we opened a shop for mom's work on ArtFire, and subsequently on Etsy, two online sites for the sale of arts and crafts. Dianne also sells her original jewelry on the ArtFire site.

Recently we've opened two physical locations in Pelham, Alabama, at Encore Resales and Vintage Interiors. These are reminiscent of the booths mom operated at art shows for many years across the Southeast. However, these booths last longer than just a weekend!

The booths feature prints and other licensed items with mom's work and Dianne's jewelry. Just recently we've added some work by my nephew Ashley Wright, a Birmingham attorney.

More comments are below the photos. 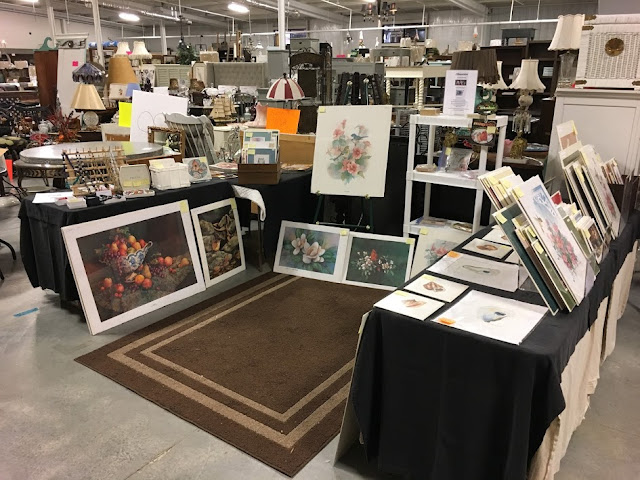 Here's the booth as it currently looks at Encore. 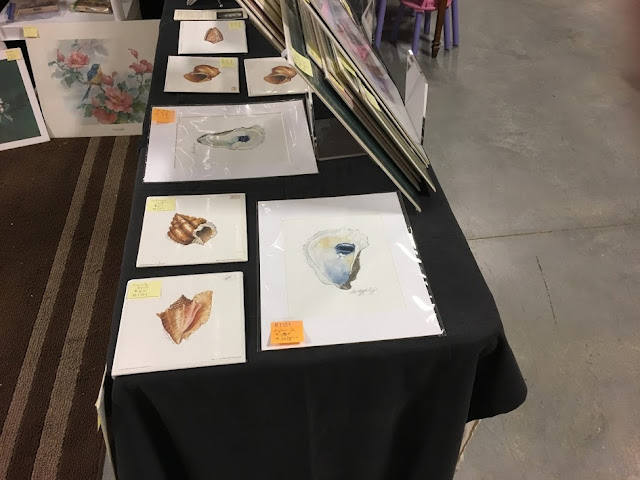 Those two oyster prints are Ashley's. 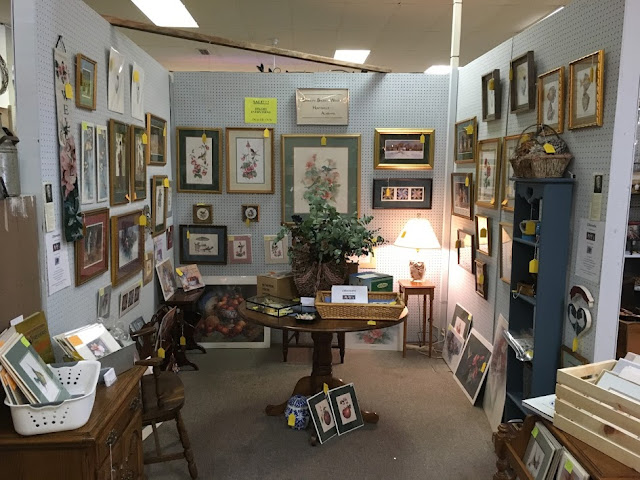 Here's the booth at Vintage which gives us lots of room for hanging items. We also have space for some non-art items and furniture. 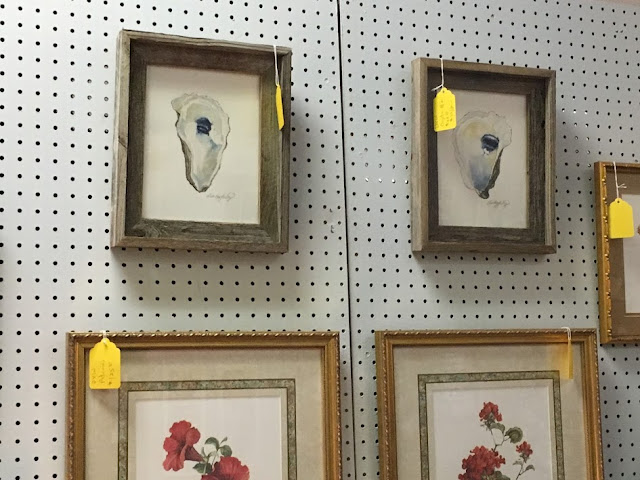 Ashley's oysters are also available here, both framed and unframed. 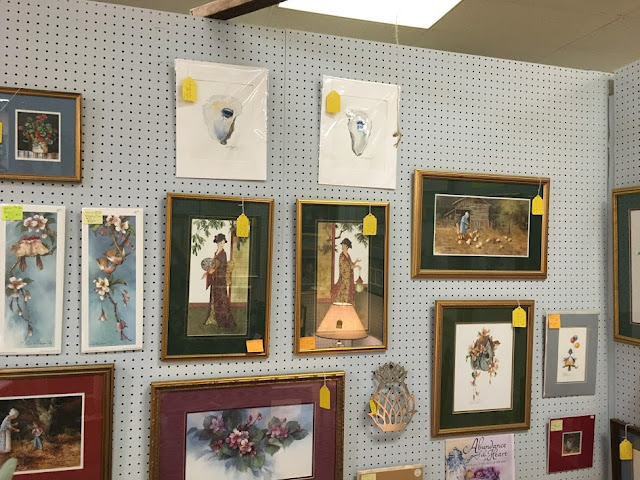 For years mom did the painting and matting, and dad made the frames. 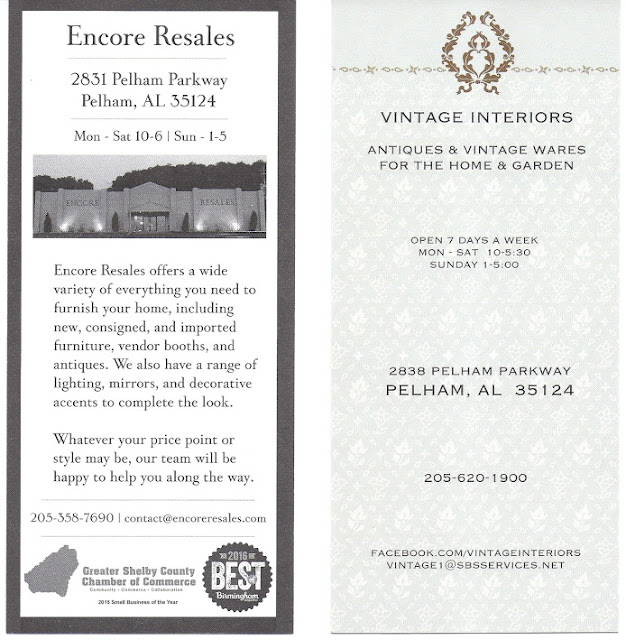 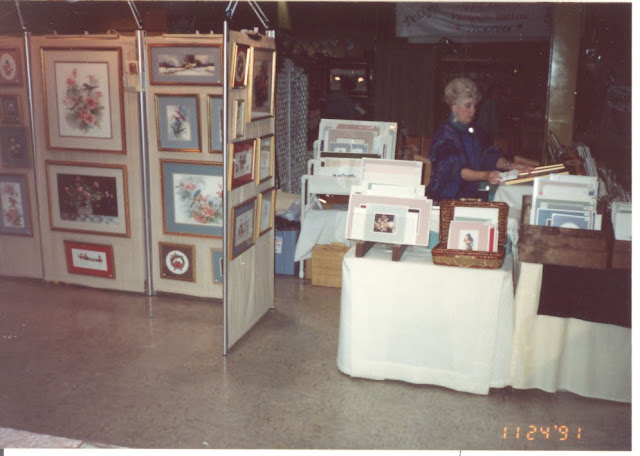 And here's mom at an art show booth in Huntsville in November 1991. For some years she did a weekend show in late January at Brookwood Village mall in the Birmingham area, and I remember taking the kids to see her on Friday night or Saturday.

Posted by AlabamaYesterdays at 8:02 AM