Bing Crosby [1903-1977] was one of the most popular singers, recording artists, and radio, film and television stars for several decades in the twentieth century. He was born in Tacoma, Washington, and by 1923 was singing with a group of high school students at dances, clubs and on the radio in the Spokane area. In the early 1930's he found some success in California and New York with various orchestras and did his earliest solo recordings and radio work.

By the time he died in October 1977 Crosby's achievements were legendary. Over 1 billion records, tapes, CD's and downloads of his songs and albums have been sold. In 1944 he won the Best Actor Academy Award for his performance as a priest in Going My Way. The next year he was nominated for the same award for The Bells of St. Mary's, becoming the first of only six actors nominated twice for playing the same character.

In 1963 he was the first winner of a Grammy Global Achievement Award. He is one of only 33 people who have three stars on the Hollywood Walk of Fame--motion picture acting and radio and music recording. Crosby was among the earliest to adopt reel-to-reel recording technology so he could pre-record his radio shows. He was also instrumental in the early development of videotape.

One of the final recordings Crosby released before his death was A Southern Memoir in 1975. The work is what we would call a "passion project"; Crosby recorded it at TTG Studios in Los Angeles at his own expense. Jazz pianist Paul Smith, with whom Crosby had worked before, and his Orchestra provided the music. The album had twelve tracks; seven more mostly alternate takes appeared on a 2010 CD issue. The album was the first recording Crosby made after a large abscess and a portion of his left lung had been removed in January 1974.

The Wikipedia entry on the album includes this quote about the songs:

"Record producer, Ken Barnes, wrote: "This collection of “Southern-cum-mammy” type songs was a pet project of Bing’s and his affection for the material reveals itself time and again throughout each of the twelve songs. The small-band backings arranged by pianist-conductor Paul Smith are beautifully written and very well played. Bing sings with greater spirit and drive than on his album with Basie and some of the tracks, notably “Carolina in the Morning,” “Swanee,” and “Sailing Down the Chesapeake Bay” stand comparison with some of his best-ever up-tempo performances."

The quote is taken from Barnes 1980 book, The Crosby Years.

Two of the songs on side one of the album are Alabama-related. "Alabamy Bound" is second on that side and is a 1924 piece with music written by Ray Henderson and lyrics by Buddy DeSylva and Bud Green. I've written more about the history of the song and a 1941 recorded performance by Jackie Green and the Five Spirits of Rhythm in a blog post here.

The fourth song on side one of Crosby's album is the classic "Stars Fell on Alabama." Written in 1934, the composer was Frank Perkins and the lyricist was Mitchell Parish. Perkins was a native of Salem, Massachusetts, who wrote music for a number of songs as well as film and television. Parish had changed his name from Michael Hyman Pashelinsky that he was born with in Lithuania. He came to the U.S. as a young child with his parents and briefly lived with relatives in Louisiana before the family moved to New York City.  I leave it to readers to sort out the ironies in all of this background.

Parish apparently took the title of his song from a 1934 book of the same title by Carl Carmer. Carmer came to Alabama in 1927 from New York and spent six years on the faculty at the University in Tuscaloosa. His book has chapters devoted to various aspects of the state's history and culture. One of those describes the spectacular Leonid meteor shower seen in Alabama in November 1833.

As I noted in the blog post linked above, "Alabamy Bound" has been recorded by a number of artists and so has "Stars Fell on Alabama". Singers ranging from Billie Holliday to Frank Sinatra, Doris Day, Dean Martin, Ricky Nelson and Jimmy Buffett have performed it. Unlike "Alabamy Bound" and many other Tin Pan Alley songs referencing the state, "Stars" is tied to an actual event in the state's history. 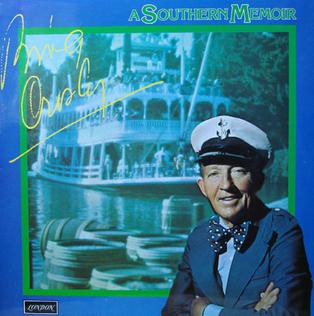 The cover of A Southern Memoir

Posted by AlabamaYesterdays at 10:40 AM