Dothan native Johnny Mack Brown first gained fame as a football player at the University of Alabama. His talent in the sport in high school earned him a scholarship to play in Tuscaloosa, where he excelled as halfback on the 1924 and 1925 teams coached by Wallace Wade. In the 1926 Rose Bowl Brown scored two of Alabama's three touchdowns as the team defeated the heavily favored Washington Huskies. He was named the game's most valuable player and later inducted into the College Football Hall of Fame and the initial class of the Alabama Sports Hall of Fame.

His success on the football field led to his portrayal on Wheaties cereal boxes and an offer of a Hollywood screen test. Metro-Goldwyn-Mayer signed him to a five-year contract; his film and television career lasted until 1966.

Brown played mostly minor roles in the early years. A big break came in 1928 and only his fourth film, the silent Our Dancing Daughters. He appeared opposite Joan Crawford, already a star by that time. In 1929 he appeared in Coquette, the first talkie for mega-star Mary Pickford. She won a best actress Oscar for the role. In the following year he played the title role in Billy the Kid.  Another 1930 western Montana Moon found him teamed again with Crawford.

Based on these and several other high-profile, successful films Brown seemed poised for major stardom. A third film with Crawford proved to be his undoing as the leading man MGM wanted him to be. Bob Thomas, in his 1978 biography of Crawford, had this to say about that film:

"Crawford had meanwhile starred in Complete Surrender as a cabaret dancer who is saved from suicide by a Salvation Army man, Johnny Mack Brown. After a preview audience failed to respond, Mayer ordered a complete remake with Gable in the Salvation Army role. Retitled Laughing Sinners, the movie proved a success." [p. 80]

At about this same time Brown tested for the role of Tarzan, but didn't get the part. Johnny Weissmuller did, and went on to great fame in the role. Brown left MGM and began making westerns exclusively for Universal and then Monogram. Most of these were low budget B-moves, but they made him famous. He retired in 1952, but returned to make a few more films and television shows before 1966. In all he made some 160 movies in his career.

Brown died on November 14, 1974, and is buried in Forest Lawn Memorial Park  in Glendale, California. For some years in the 2007-2011 period Dothan hosted the Johnny Mack Brown Western Festival to honor its native son. 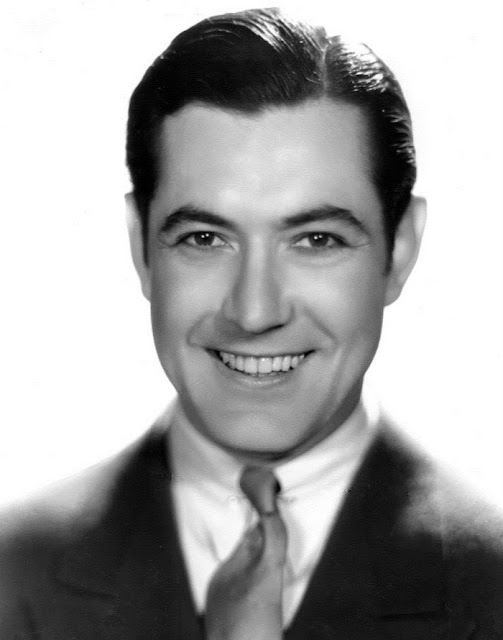 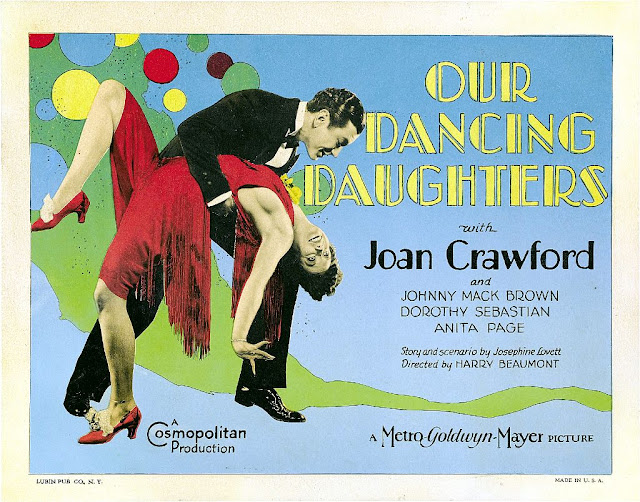 Brown first appeared with Joan Crawford in the 1928 silent film Our Dancing Daughters. Also starring in the film is Birmingham native Dorothy Sebastian. You can read more about her on this blog post. 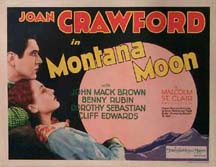 This 1930 film was one of Brown's earliest westerns and also starred Crawford and Sebastian. Johnny Mack Brown performing in one of his many westerns. 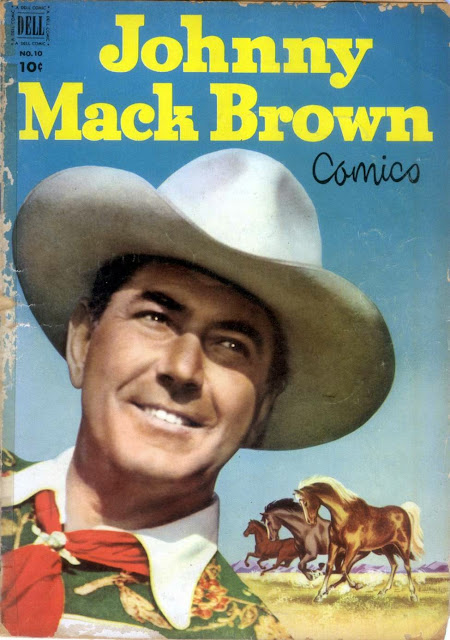 
Posted by AlabamaYesterdays at 9:38 AM