Most of us probably associate Pelham only with recent history. After all, Pelham was not incorporated until 1964, when the population was 654.Most of the town's growth has taken place since the 1980s. In July the city celebrated the 50th anniversary of that incorporation. Yet a community named Pelham has existed in this location since the early 1870s; a post office was established here in 1873.


Pelham's history actually goes back to the very early days of the state. Alabama achieved statehood in December, 1819. Shelby County was created in the Alabama Territory in February, 1818; the county is named for Isaac Shelby, the first governor of Kentucky and a hero of the Battle of King's Mountain during the Revolutionary War.
In 1820 a county courthouse was built by Thomas A. Rogers, Alabama's first Secretary of State, in a community known as Shelbyville. Six years later a permanent county seat was established in the southern part of the county at Columbiana. Shelbyville remained tiny, and after the Civil War--some accounts say in 1867--the town was renamed after Confederate hero Major John Pelham. 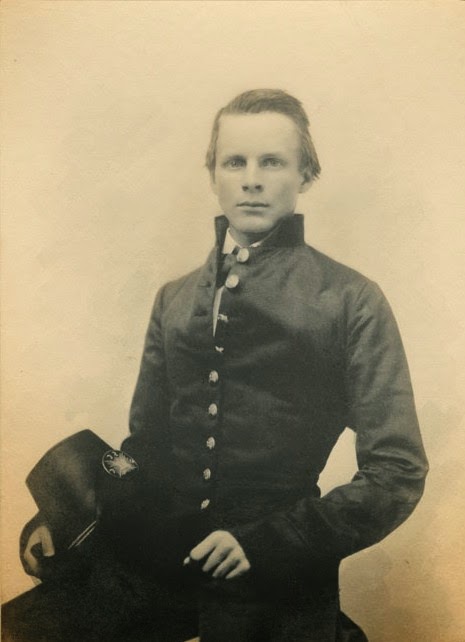 John Pelham was born in what is now Calhoun County on September 7, 1838. He was the son of Atkinson Pelham, a physician, and Martha McGehee Pelham. His siblings included brothers William and Peter. A fictionalized account of the family, Growing Up in Alabama, was published by Mary Elizabeth Sergent in 1988.


As the Civil War loomed, Pelham resigned from West Point just weeks before his graduation. He distinguished himself with an artillery battery at the first Battle of Manassas, and J.E.B. Stuart appointed him captain of a six-gun battery with his cavalry. Pelham participated in some 60 battles under Stuart, and his contribution to the Confederate victory at Fredericksburg led Robert E. Lee to dub him "the Gallant Pelham." He died at the age of 24 on March 17, 1863, at the Battle of Kelly's Ford in Virginia. Pelham is buried in the Jacksonville City Cemetery, where a large monument marks his grave. The city of Pelham held a Major John Pelham Day in March 1988.


Our Shelby County Pelham is not the only location with that name in Alabama; there is a Pelham Heights in Calhoun County and another Pelham in Choctaw County. Communities named Pelham exist in Georgia, North and South Carolina, Tennessee, Texas, New Hampshire, New York and Massachusetts. There are also numerous streets by this name around the country. Some of these are probably not named after a Confederate cavalry hero!


Very little history of our Pelham has been gathered for the late nineteenth and early twentieth centuries. At least five physicians practiced here during this period. Eli Forest Denson, a Vanderbilt graduate, arrived around 1879. Another Vanderbilt alumni, Joseph Madison Johnson, and William R. King Johnson [perhaps a brother] who graduated from the Atlanta Medical College, set up practices in the early 1880s. Andrew Wailes Horton of the Medical College of Alabama began practice in Pelham around 1901. How long these doctors remained in the area is not yet known. Buried in the Pelham Community Cemetery, which was established in the early 1840s, is John Payne, M.D., who died in 1901. The cemetery is located at the intersection of County Highway 105 (Bearden Road) and Industrial Park Road; the oldest marked grave is that of Louisa T. Betty Cross.


The Alabama State Gazetteer and Business Directory 1887-1888 lists a number of the businesses and professional men in Pelham, which had about 250 residents then. Included were a postmaster, constable, hotel owner, dentist, shoemaker, blacksmith, four general store owners, a lumber yard, three ministers, and one physician, William Rufus K. Johnson.


At least one of the merchants, W.S. Cross, was profiled in depth in the Memorial Record of Alabama published in 1893. A Shelby County native, Cross started a small store in Pelham in 1881. He did well enough to buy and sell at a profit some Birmingham real estate and then bought more property in Pelham, "which he has improved with dwellings and store houses." In 1880 Cross had married Ann McWhorter, a Butler County native; by 1893, the couple had five children.


Pelham appears on Joseph Squire's "Map of Helena and Environs" from 1885 and on a 1937 Shelby County map issued by the state highway department. What is probably the city's oldest building, the Pelham Railroad Depot, dates from about 1900. The
structure was moved from its original location behind City Hall to the city park in August 1988 and renovated.


From the 1930s until at least the 1950s Shelby County Voting District 17 was known as the Pelham District. Development of Oak Mountain State Park began in 1935 under the direction of engineer W.J. Connell using the labor of 180 young men in the Civilian Conservation Corps. Many of these youths were from New York City and getting their first taste of rural America.


Several schools have been located in Pelham. Rutherford High School opened in the 1870s. This structure, which had one large room and a smaller music room, was destroyed by a storm in 1909. The Pelham School, a two-story wooden building, opened sometime after and was replaced in 1936 by a one-story school with four rooms, an auditorium, and a lunch room. Located on the site of the current City Hall, the building was used as the city's offices after Valley Elementary opened in 1964 until it was torn down in 1973. Pelham High School opened in 1974.


Efforts to organize churches in Pelham began before 1900. A Methodist church, located for over a century at the southwest corner of U.S. Highway 31 and Shelby Co. 52, was dedicated in November, 1898, and also served Baptists and Presbyterians. A Baptist church formed in 1908, but became inactive the following year. Several other attempts to organize a Baptist church continued into the 1930s; the first full-time pastor, Ronnie Euler, was appointed in 1966.


On July 7, 1964, an incorporation election was held at the Pelham School. Many residents were afraid the nearby city of Alabaster would try to annex the area. Over ninety percent of eligible voters, one hundred and forty-one people, voted; one hundred and twenty-one were in favor of incorporation. Three days later the "Order of Incorporation" was filed at the Probate Office, and Pelham's legal existence began. The incorporated area included the Pelham and Keystone communities, Fungo Hollow, and part of the Helena rural route. In the fifty years since that vote, Pelham has had only five mayors: Paul Yeager, Sr. [1964-1976], Alton Burk Dunaway [1976-1984], Bobby Hayes 1984-2008], Don Murphy [2008-2012], and the current mayor and former city Fire Chief, Gary Waters.


In December, 1964, Pelham hired its first policeman, L.A. "Buddy" Wilkinson, who was paid $100 a month. Initially the fire department was a volunteer one; the first Chief was Roy Jowers, followed by O.C. Ray, who served from 1966 to 1977. In March of that year W.A. Bryars became the city's first professional Chief. The first city clerk, Willie Mae Dennis, held the post until her retirement in 1984; during her first few years she worked part-time for the city. The U.S. Census Bureau population estimate for the city on July 1, 2012, was 22,012 individuals.

Read More About It

Mercer, Philip. The Life of the Gallant Pelham. 1995

Schatz, Clark T. "The Birth and Growth of a Town" [unpublished; covers 1964-1979; available in the Pelham Public Library]

Seales, Bobby Joe. History of Pelham: The Gateway of Opportunity.

Links to Pelham Articles on this blog

Keystone Then and Now

Pelham Schools Have a Long History

Pelham Railroad Depot Then and Now


A version of this article appeared in the Pelham City News July 2014.
Posted by AlabamaYesterdays at 9:44 AM