On September 9, 2018, the Lifetime television network broadcast the latest interpretation of Alabama author William March's final and probably best known novel, The Bad Seed. This version starred Rob Lowe as David Grossman, the father of the killer child named Emma. Lowe was also executive producer and director on the project.

I've written a bit about March, his writing and that final novel in two blog posts, "Alabama Book Covers (9): William March" and "The Many Versions of the Bad Seed." I recently watched this latest Bad Seed and thought I'd share a few comments here.

If you are familiar with the original novel and the classic 1956 film, you can already tell that this version makes some changes. The eight year-old girl was named Rhoda Penmark in the novel, the first film and the 1954 Maxwell Anderson play. Her mother Christine is the parent who realizes her child is a monster. In the 1985 film version Rhoda becomes Rachel, but the mother is still Christine.

This latest film, scripted by Barbara Marshall, makes other changes as well. The penmanship medal Rhoda covets so much in the original becomes a citizenship medal. I suppose many people today might not have any idea what "penmanship" is or why a prize for it would be a big deal. The old grizzly gardener in the original has become a fetching young nanny, but she meets the same fate.

This new film met with mixed reviews. Hanh Nguyen on IndieWire found the remake of an "outdated story" a "basket of misses". Patrick Ryan at USA Today and Nguyen again at least had fun pointing out all the places where the new version paid homage to the old one.

In March's novel and Anderson's play, the mother dies and the evil child survives. Of course, a U.S. film made in 1956 had to punish evil, so mom survives her suicide attempt, and Rhoda is taken out by a bolt of lightening. The ending of Lowe's film follows the spirit of the novel.

Today the child born "evil" is not as new and shocking a character as it was in the 1950's. The endless number of "demon" children in horror movies has added to the glut. Lowe has made a watchable though not gripping film that tries to tell a straightforward story. He succeeded at that and added a few pleasing twists as well. 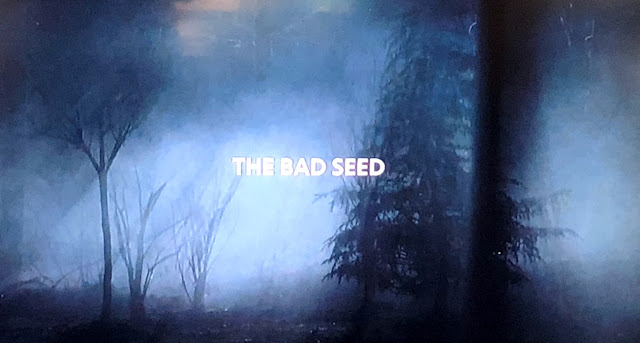 Lowe's version was shot in Vancouver, British Columbia. His film thus had a different look and feel from the original, which was a Warner Brothers production made at its Burbank, California, studio. 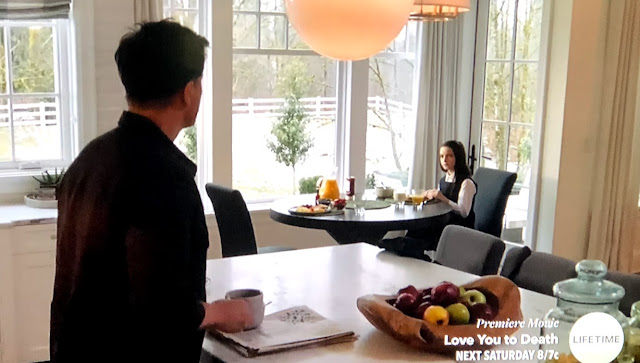 The film opens with a domestic breakfast scene between father David and daughter Emma. You can find a detailed look here at the pretty impressive house where filming was done. 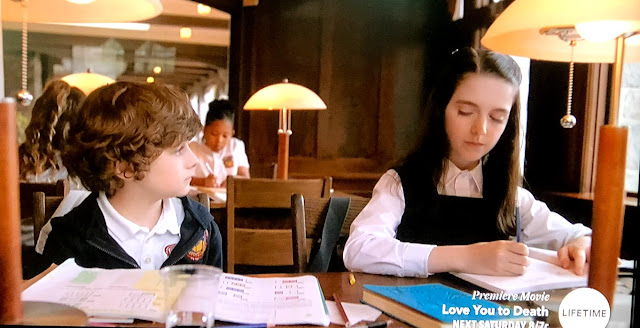 Emma interacts with the future winner of the citizenship medal she covets so much. 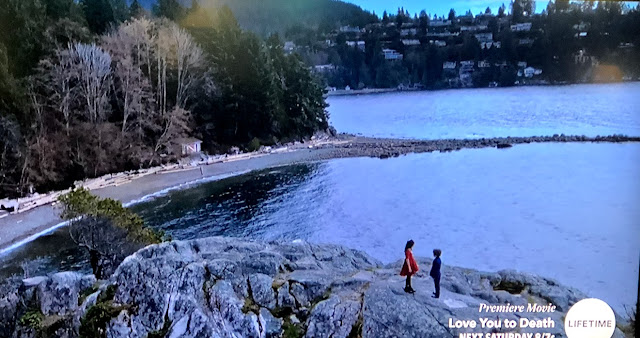 Emma and the winner before his "fall". 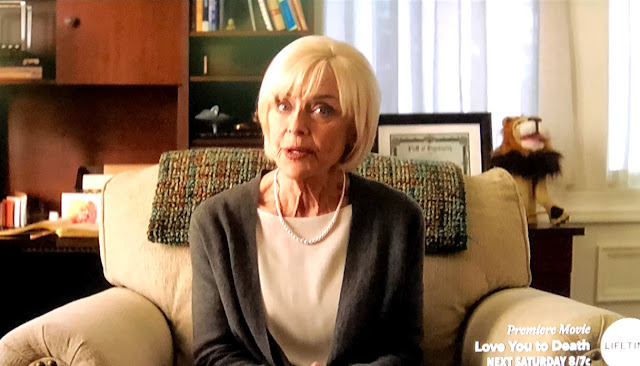 Wait--why are those names familiar? Oh, yes, McCormick played Rhoda in the 1956 film; her chilling performance earned her Academy Award and Golden Globe nominations as Best Supporting Actress. She has since had an extensive acting career and even has an Alabama connection. In 1957 she played Helen Keller in the Playhouse 90 television production of The Miracle Worker by William Gibson.

Her character's name of March is a wave to William March, author of the novel. She also has the creepiest lines of dialog in the film. As Ryan notes in the article linked above,

After a frank conversation about death and empathy with the stone-faced Emma, Dr. March smilingly comforts her, saying, "I did the exact same things as you when I was your age." She assures Emma's dad that his daughter is "perfectly average" and "reminds me of myself."

It's as if Rhoda has grown up, become a psychiatrist, and is now counselling another evil child. The mind does flips.

After daddy's death, Emma is taken in by a relative. We know her job isn't finished. 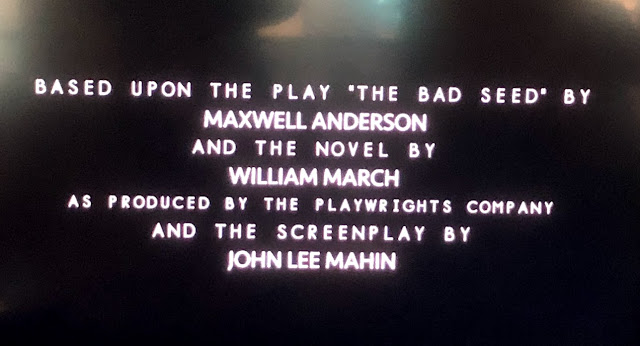 Posted by AlabamaYesterdays at 4:17 PM